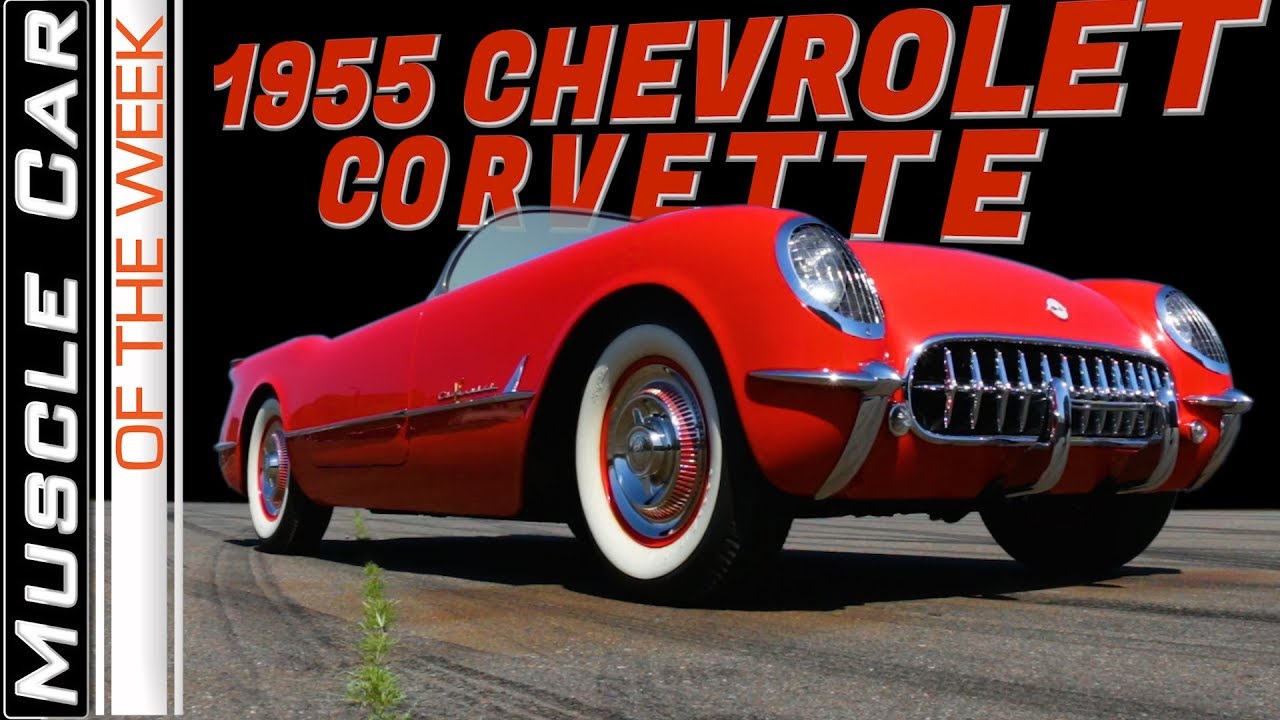 Modern Corvettes are known as sleek, powerful machines with an equal dose of speed and style. But back in the early days of production, the Corvette was an oddity… a neat looking car built with new composite construction technology, but seriously underpowered by a straight-six engine, and a wobbly suspension system that was far from confidence inspiring. But thankfully, all that would change.

For the first two years of production, the Chevrolet Corvette was much more of a looker than a go-er. But for 1955, the Corvette’s engine bay was upgraded with the all new Chevrolet 265 cube V8, giving the ‘Vette some much needed power to chase down Ford’s new Thunderbirds.

The 265 overhead valve V8 engine was the first version of one of the most popular V8 engines ever produced. The 3.8750” bore and 3” stroke made for a favorable bore to stroke ratio, and the little “Turbo Fire” V8 easily outpaced the previous “Blue Flame” 6-cylinder. The 2 barrel version developed 160 HP, but Corvettes received the Rochester 4-barrel, making 195 HP. Finally, the Corvette had some guts under the hood, and was no longer just a pretty poseur.

A subtle 1955-only tattle tale was the big “V” in the Corvette script… if you saw that, you were probably on your way to seeing tail lights, as you were lined up against a powerful new V8 roadster!

The new V8 shaved 2.4 seconds off the six cylinder car’s 0-60 time, and set the stage for a high-performance future. Only 700 were sold, but Corvette was changing from a good looking but quirky novelty to a true American sports car.

But the 265 had some issues… stress cracks in pistons became a thing, and the engine was designed without and oil filter, so one had to be added on if you didn’t want to change your oil every week. But those shortcomings were resolved in the 1956 version.

And although the big news was the Turbo Fire V8, the 1955 Corvette was the first year for the new close-ratio 3-speed manual transmission, with the 2-speed Powerglide being optional.

While the ‘55 Corvette finally got some much-needed power and innovation, suspension Improvements to the Corvette were coming along a bit slower. The ‘55 still rode on the basic design as the ‘54 and ‘53 cars, and it’s handling was less than stellar. A sneek peek into the future saw the involvement of racer and engineer Zora Arkus Duntov getting his mits on the chassis, with the resulting improvements giving Corvette power and road holding performance. But the ‘55 cars just weren’t quite there yet, and they pushed in the turns and tail-wagged out back when the power was on in the turns.
However, most of that was forgiven thanks to the amazing styling worn by these cars. This one is apparently dipped in Gypsy Red, set off by just enough brightly chromed trim and white walled tires. The first year for tubeless tires in a Corvette, by the way. Race inspired mesh headlight guards flank the toothy grin up front, and spacy little fins lead into simple taillights tipping the quarters. Cool exhaust tips through the rear bumper were a Corvette thing, as were the wispy chrome bumpers. We dig the rear license plate greenhouse. It’s a great looking car from all angles.

The interior remains simple and elegant, with gauges and the radio all neatly centered in the dash. It almost looks more like a speedboat inside, but then again, that’s kind of what a Corvette is by definition. The 6000 RPM tach was legit for the 265 V8, and the rev counter meter is a cool and unusual display. The seats appear more comfortable than they are, but this car was all about looking cool, not all-day ergonomic correctness. The giant steering wheel offsets the tiny shifter in manual cars.

The 265 cube V8 grew to become the stuff of legends, and it’s offspring power many of the Chevrolet muscle cars here in The Brothers Collection. We’ve enjoyed looking back to the beginning, and hope you did as well. Thanks for joining us, and we’ll wheel out another one next time on Muscle Car Of The Week!