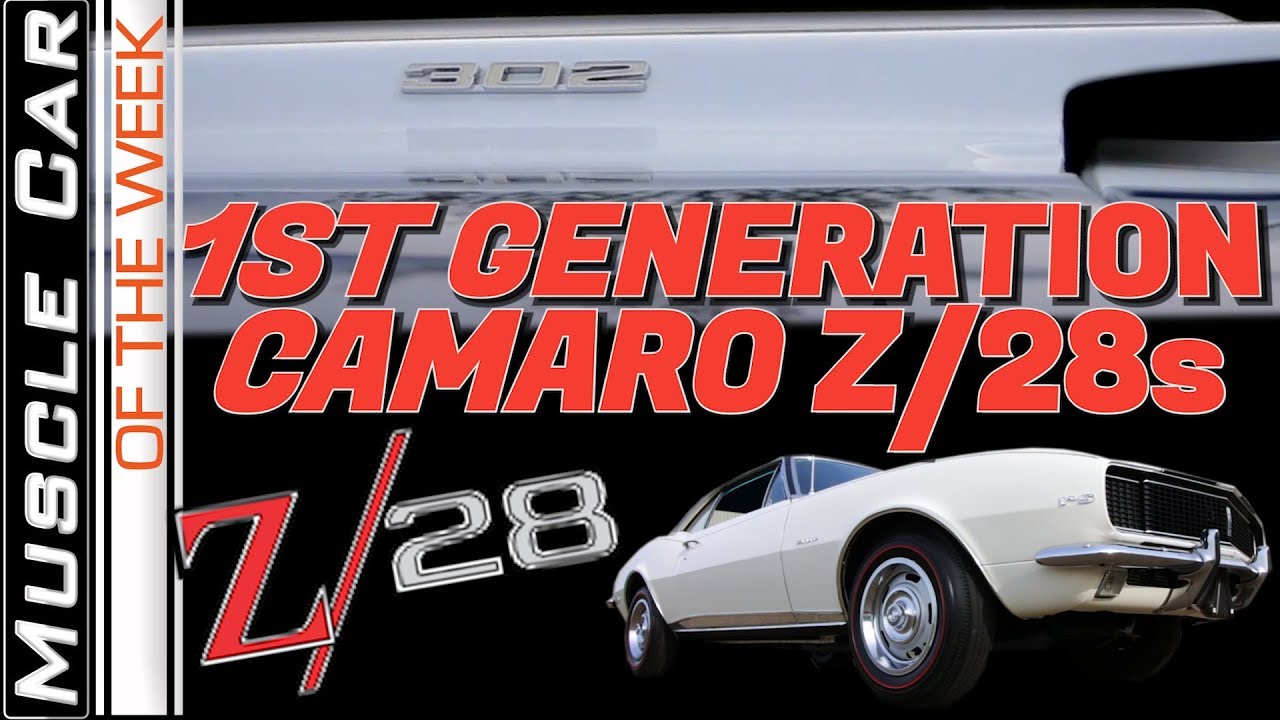 The Chevrolet Camaro launched for 1967, and Chevrolet came out swinging for Mustangs with the Trans Am road-race inspired Z/28. In this episode of Muscle Car Of The Week, we take a look at the 1967, 1968, and 1969 Chevrolet Camaro Z/28s, their history, and what makes these cars special. From The Brothers Collection.

The heart of the package was a Trans-Am rulebook friendly 302 cube V8, a hybrid using the crank of a 283 and a bore size of a 327. This fit the 305 cube limit of the TA rulebook, and also made for a lightweight, high RPM performer. The factory rating was 290 HP, but the race cars were tuned to over 400 HP with 7000 plus RPM capability. It featured 11.0:1 compression, breathed through a Holley carb, spun deep-groove pulleys, and was bolted to a Muncie 4-speed with a heavy duty clutch. The car also featured a road-race tuned suspension system, with a 12-bolt rear axle suspended by mono leaf springs, but held in place with radius rods to help reduce spring wrap and aid in traction. Wheels were 15”, the only ‘67 Camaro to receive them, and power front discs were a mandatory option. This new performance package was called the Special Performance Package, but that’s not what you know it as today.

Production of the Z/28 package started slow, with only 602 built for ‘67, and 7199 for ‘68. But people really dug the car, as Chevrolet cranked out 20,302 for ‘69. The joke on the street is that there are more z/28s on the street today than Chevrolet built, thanks to people building clones and tributes.

First generation Z/28s were limited on options, so no air conditioning was available. There were also no Automatics, either. 1967 Z/28s didn’t even have Z badging on them, so the only way to ID one was the bigger wheels and stripes. A 302 fender badge appeared in early ‘68, replaced by a Z/28 emblem mid-year. But Chevy capitalized on the hot looks of the Z for ‘69, and put the big Z where ever they could… in the grille, on the fenders, center stage on the tail pan – and 302 engine callouts emblems on the optional cowl hood. A new cowl-induction system was a you-install-it option in ‘67 and ‘68, which added a plastic plenum to pull cool air from the windshield base. The parts came in the trunk of the car. Spoilers were optional until 1969 when they were made standard. Big news for ‘69 was the JL-8 rear disc brake option. But overall, there were not many year-to-year changes to the Z recipe over the first generation of Camaro… and that was a good thing.

First generation Z/28s will always be revered for their great looks and excellent street performance, and the Trans Am tie-in makes them even more special. The Z/28 name lives on thanks to the impact of these early cars.