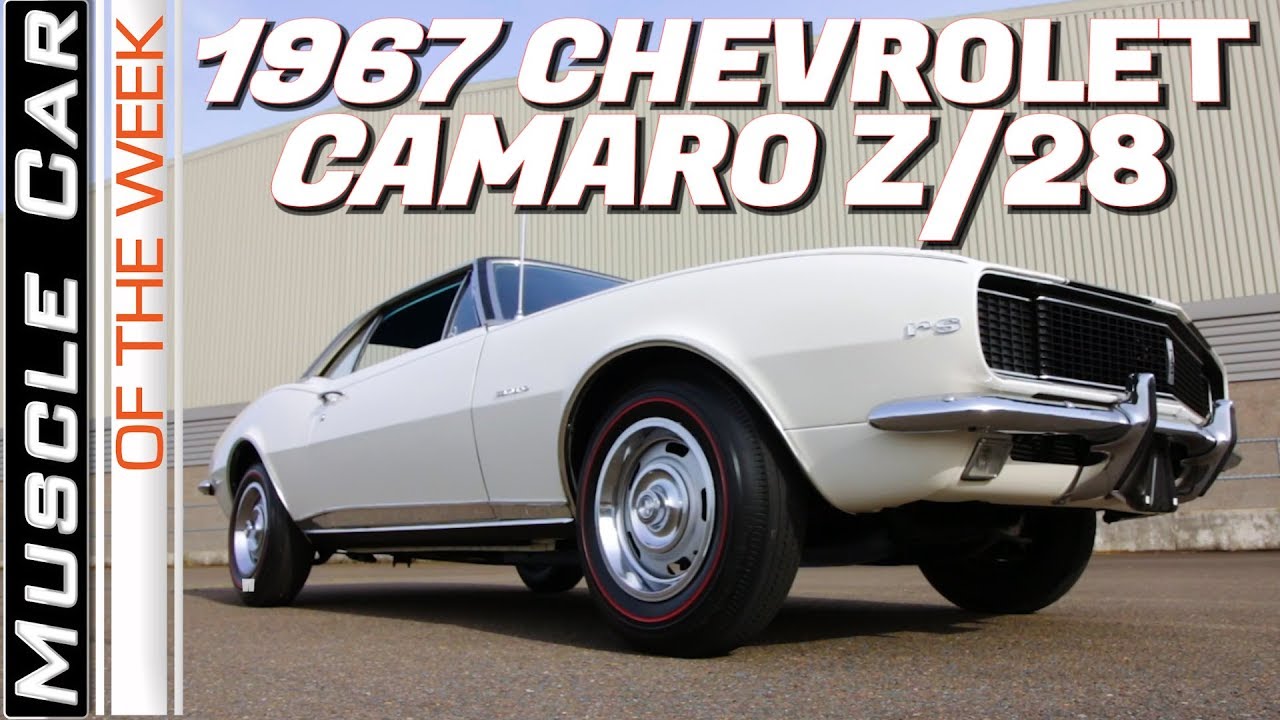 When Chevrolet decided to enter the world of Trans Am racing with the new ‘67 Z/28, the choice was black and white!

The SCCA Trans Am road racing series was a hot competition in the late 1960s, and participating manufacturers were required to sell consumer-level versions of any car allowed to race in Trans Am. Chevrolet’s entrant was the new for 1967 Camaro, aimed straight at the Ford Mustang, which had been the playground bully of Trans Am in ‘66. Chevrolet was technically out of racing at this point, but Chevrolet Promotions Manager Vince Piggins worked closely with the SCCA before the car was available to make sure it would have a place in Trans Am. The rulebook required 1000 streeters needed to be sold to remain legal, but Chevrolet was able to utilize a loophole to qualify 1967 SS350 Camaros in SCCA Group 1 as well as Z28s in Group 2. The result was that only 602 ‘67 Z28s were sold.

When the options were all put together into a package for retail sale, Chevrolet called it Regular Production Option or RPO code Z28, and the code name was cool enough for a car name, so.. it stuck! RPO Z28 added performance goodies all over the car to improve handling, braking, and speed, while reducing luxury items to save weight. That’s one of the reasons why this car is unique, as it has a bit of both personalities.

Z28s were equipped with one of Chevrolet’s most famous V8s, the solid-cam 302 cubic inch V8. Chevrolet didn’t have a V8 that fit within the 305 cube Trans AM limit, so they crossed a 327 4” bore block with the 3” stroke of a 283, upfitted it with 11:1 compression pistons and a high-lift cam, and whammo! Instant high-revving small block fun that fit the rulebook. They were rated at 290 HP, but most agree the high-flow intake and heads and heavy-breathing 800 CFM Holley carb were good for more than that. Z/28s were all backed by a 4-speed Muncie transmission, and a 12-bolt rear axle out back for strength and traction, this one stuffed with 3.73:1 gears.

The power team isn’t the only piece of the Z/28 puzzle, as the car was the only Camaro to roll on 15” wheels, although they were only 6” wide. They featured power disc brakes, and the suspension system was tuned with stiffer springs and shocks, and a traction bar system to help reduce rear wheel hop. Although ‘67 Z/28s had to exterior badges, the dual hood and deck stripes were a dead giveaway as to what you were tangling with.

1967 Camaro Z/28s are fascinating cars, and their production and sale allowed Chevrolet to compete in the Trans Am racing series. They are loaded with smart part choices, and this one tops it all off with the Rally Sport option!

The Rally Sport package adds style to the Z, and it consisted of hideaway headlights, and distinctive tail lights with the reverse lights mounted below the bumper. Bright trim outlined the bottom of the car with wheel opening and rocker mouldings. This one also features front and rear bumper guards, a black pinstripe, and a vinyl top… all of which contrast nicely against the Ermine White paint.

Adding even more contrast is the deluxe blue interior, the center 4-speed console loaded with gauges, and a tilt steering wheel to hang on to in the turns. A/C was out of the question on Z28s, as was an automatic trans, so this is a car you drove with both hands!

It’s a stunning car for sure, and this one runs with all it’s born-with, numbers matching parts. It may have been used in some Chevrolet promotional material, but there wasn’t much for the ‘67 Zs, which is partially why they didn’t sell that many.

Love the sound of that solid-cam 302. Lets see here… what can we bring out next time from The Brothers Collection? You’ll have to subscribe to find out for our next episode of Muscle Car Of The Week!