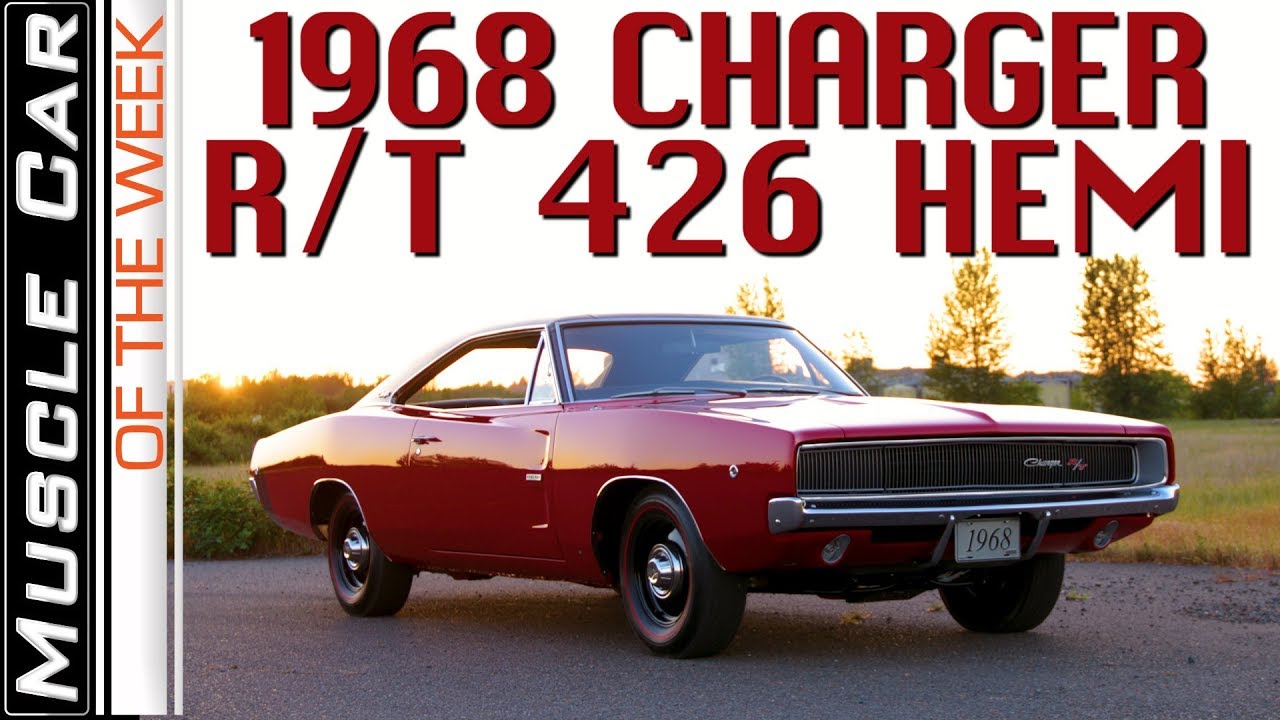 Dodge called the new for 1968 Charger design “The Clean Machine”, and they weren’t kidding. This was perhaps one of the smoothest designs from any American car maker, with bold shapes, crisp lines, and a timeless aggressive look that still wow’s ‘em today. Speedy looking aircraft inspired contours in the hood and doors and a buttressed rear window design stood out. “A Mach 2 jet on wheels” as Dodge called it. Superbad is what we call it.

But is a bad looking ride truly a bad ride without the stones to back it up? Thankfully, the Charger R/T didn’t have that problem, as even the base version rocked a 440 Magnum rated at 375 HP. But of course, there were options, and the first buyer of our feature car wisely checked the box marked “426 Hemi” on the sheet, and this one came with the 425 HP, dual-quad legend under the hood.

We tend to think of Hemi cars in terms of the engine. 2-4 barrels, high flow hemispherical heads, solid lifter cam, 10.25:1 compression, 490 lb. ft. of torque, and all that jazz. This one is backed with a 4-speed manual transmission. Dodge compared the precise shifting action to a “sharp ax striking soft pine.” This But there is far more to the R/T than the engine alone.

The R/T name stood for Road / Track, and Dodge upgraded the suspension with stiffer torsion bars, an oversized front sway bar, and matched shocks for better handling. These items were all standard on R/Ts, and Dodge noted in a magazine ad that they “hoped they didn’t take the fun away from the do-it-yourself crew” for installing these items at the factory. R/Ts got heavy duty brakes with front discs as an option. Ours rolls on black steel wheels with hubcaps wrapped in redline tires… the look is spot-on.

426 Hemi equipped Dodge Chargers received an extra leaf spring on the passenger side to help keep body roll and the rear axle under control during hard launches, and while this feature is the stuff of legends, I’ve often wondered about the overall effect on handling. Dodge claimed this car was good in the twisties, but I can’t imagine a rear suspension with two different spring rates was consistent and predictable in the turns. BUT, the heavy Hemi didn’t help with balance up front, either.

The wide dash is well equipped with gauges with actual numbers, starting with an 8000 RPM tach redlining at 5k, surrounding an analog clock. The 150 mph speedometer is inspiring, and we’re glad to see the 76,000 plus miles on the odometer… that means this car has had plenty of fun playing on the streets. Other gauges include fuel, temperature, oil pressure, and amps, and they all have numbers, too. An AM Radio and a heater fill the other holes, and we like the matte black dash trim face. This car sports the optional full-length console between the flat bucket seats, with a round shift ball on the end of the long chrome shifter. and the map pockets in the doors were a convenient place to stash your stuff.

In nature, bee stripes are a sign of danger, and the bumble bee stripes tell the competition that this Charger is part of the scat pack, and it’s not afraid to show you it’s taillights. From The Brothers Collection.