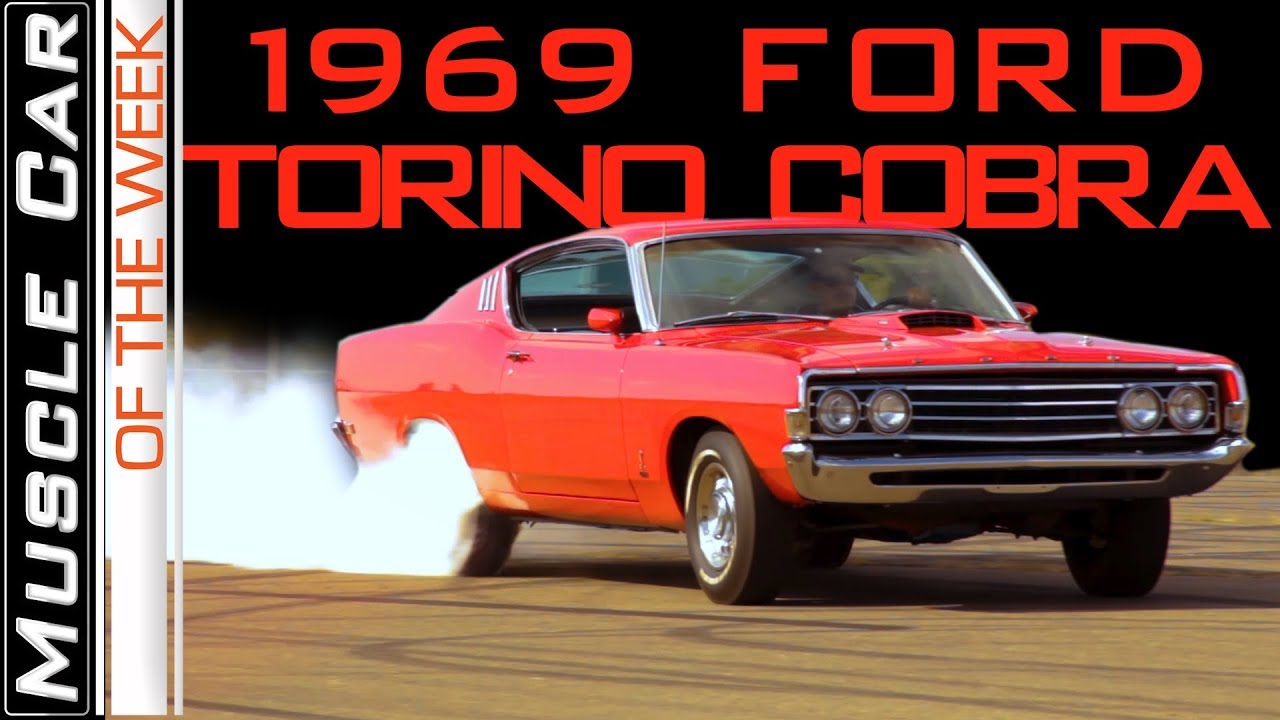 It was all about racing when this one hit the streets. Ford did well in the ‘68 NASCAR season with Dave Pearson driving a Torino, and the sleek Cobra was back for more in ‘69!

Aerodynamics had become a major factor in high-speed NASCAR racing by 1969, and the Ford Torino Cobra was as slick as they came. The long nose and slippery Sports Roof fastback profile made it easy for the muscular 428 Cobra Jet V8 to power through the wind. While the NASCAR racers racked up wins, the street versions won their share of unsanctioned stop light drags on main street USA.

Power came from the 428 Super Cobra Jet V8, rated at 335 HP. Was that accurate? We don’t think so, as Ford actually admitted to “conservatively” rating this one in a 1969 Cobra magazine ad.

The 335 HP rating given to the 428 Cobra Jet has long been challenged, as the NHRA’s power-to-weight HP rating put the 428 CJ at 380 HP. Power is made by a 10.6:1 compression ratio, with stout internals and 735 CFM carb, breathing through the Ram Air intake system.

The 4-speed transmission spins a 3.50 open rear axle, which still provides for hard launches thanks to the 440 pound feet of torque from the big 428. It also allows for highway cruising without spinning the engine into a tizzy. Dual exhaust pokes out below the bumper.

This one is tagged with District Service Office 21, which means it was sold new in the Atlanta sales district. Here’s a piece of trivia… Ford DSOs start with lower numbers on the East Coast, and higher numbers moving westward. For example, The LA DSO is 71, and export cars are 90 to 99.

This Cobra is equipped with a black bench-seat interior, and only what’s needed to get the job done. A Cobra-badged shift knob tops the 4-speed handle, and an aftermarket tach is hose clamped to the steering column. A trio of add-on gauges hang below the dash, and aside from power brakes and an AM radio, this one is as bare as they come.

But it does have cool styling! We love the roofline with the upswept rear quarter windows and the three speedy-looking simulated side vents on the sail panel. Cobra badging is cool, too, with angry snakes on the fenders and tail panel. Striped stainless trim spanning between the tail lights is interrupted by the fuel filler cap, similar to the Mustang in style. The functional hood scoop wears 428 badges on the sides and turn signals on the back, also similar to Mustangs of the time.

The Cobra rolls on 14” rally wheels with sport suspension, and they handled pretty well for being a midsize ride. In a straight line, 4-speed Cobras were timed at 14.5 seconds at 100 mph back in the day, with Motor Trend reporting an automatic version running 14.04, also at 100 mph.

Dave Pearson did it again in ‘69, winning the NASCAR season behind the wheel of a Cobra bodied stock car. We think the street version is a winner, too… what do you think? Subscribe to our channel and let us know! We’ll see you next time with something else to scratch your high performance itch on Muscle Car Of The Week from The Brothers Collection!