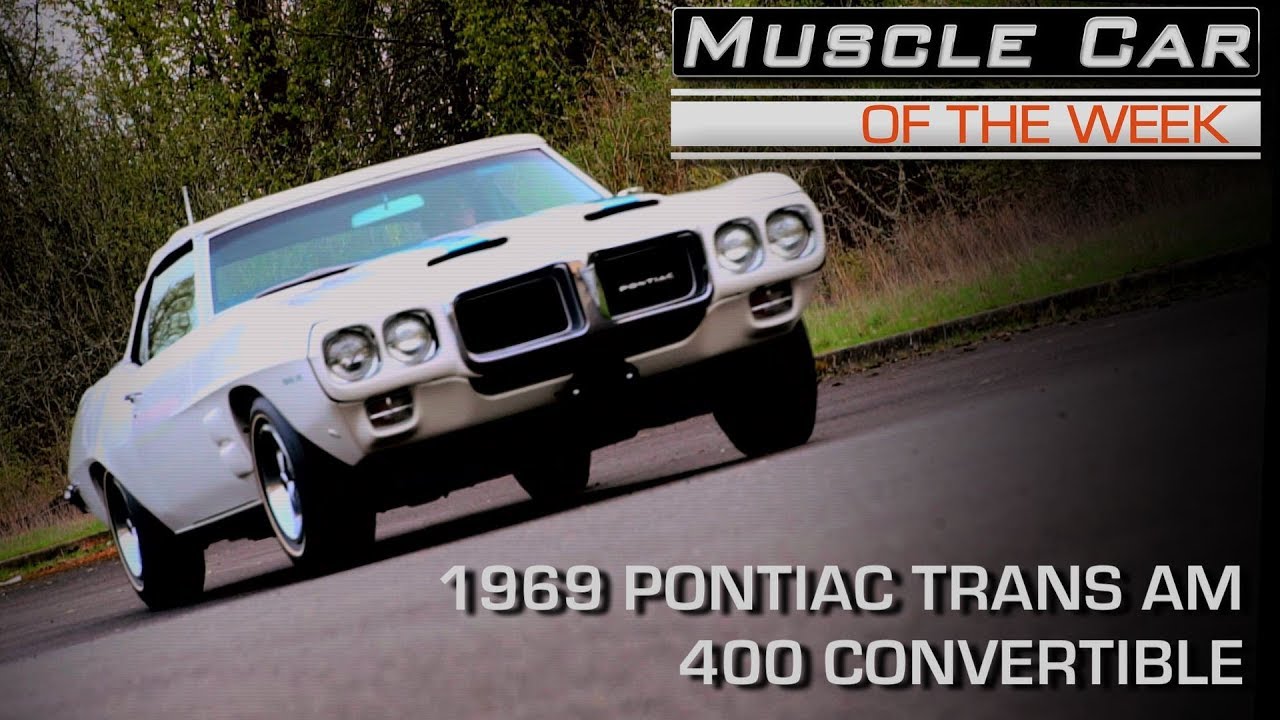 You may be thinking “haven’t I seen the 69 Pontiac Trans Am convertible already on this show?” And the answer is yes! In fact, we have shown every 1969 Pontiac Trans Am convertible ever produced on this program at one point or another. Pontiac only made eight of these cars in convertible from back in ‘69, so they are a rare sight indeed. A few years ago, an unprecedented six of them were gathered at the Muscle Car Corvette Nationals in Chicago. At that point, seven of the 8 ‘69 TA convertibles were accounted for. Recently, the eighth car was found and restored, and unveiled at the 2016 Muscle Car and Corvette Nationals.

This time, we’re taking a look at the fourth 1969 Pontiac Trans Am residing in the Brothers Collection.

The VINs of all 8 1969 Pontiac Trans Am convertibles are well known and documented, and this car happens to have the lowest sequence number of all of them. Each of the 8 cars was built at the Norwood “F” body assembly plant, so they were all very similar when they rolled off the assembly line. By that, we mean that they were all sprayed the same color combination with the same paint sprayed by the same equipment and such. It’s interesting to see them today, as they are now all slightly different shades thanks to different restoration techniques, times, and teams.

The Trans Am was designed to be a high-performance version of the Firebird, but not too high performance as to lose style and comfort along the way. Under the long, steel two-scoop Trans Am hood lives a 400 cubic-inch Pontiac V8 built to Ram Air III specifications. That big foam ring seals the intake to the hood to catch the cold outside air. Ram Air III engines utilized a camshaft with .410” intake and .413” exhaust lobes and a split duration of 273 and 289 degrees to move the air. Cylinder heads stuffed with 2.11 inch intake and 1.77 inch exhaust valves helped, and a Rochester Quadrajet 750 carburetor supplies the air and fuel. The result is 335 HP at 5000 RPM, which is surely enough power to blast wind through your hair with the top down. 430 foot pounds of torque launch the car, and this one uses a Turbo 400 automatic transmission and a 3.08 geared Safe-T-Trac rear axle to plant the tires.

Trans Am styling is tough to beat, and the 1969 TA has cool elements all over it. The Cameo White and Tyrol Blue stripes made a bold statement, and this one wears a white convertible top. The steel hood is unique to Trans Am, and the lower fenders feature air extractors to help pull heat out of the engine bay. Trans Ams had a light chrome surround for the grille that doubled as the bumper, and a plastic lower spoiler keeps the air from stacking up under the car at speed. A pedestal-mount rear wing has tips that dip down to the deck lid, and the taillight panel is sprayed in Tyrol Blue for contrast.

This one rolls on Rally II wheels with white pinstriped performance tires, and the front suspension is enhanced with a 1” sway bar. Heavy duty springs and shock absorbers and a quick ratio power steering gear added to the driving performance, and a steering fluid cooler is mounted over the radiator. Trans Ams stopped with power assisted 11” front rotors and drum brakes out back. The package delivered solid handling performance.

Inside, the blue upholstery and carpet contrast with the burlwood appearing dash and console. Trans Ams had a cool stacked gauge package on the right side of the instrument panel, with rectangular Oil Pressure, Fuel Level, and Temp gauges on board. Bucket seats are divided by a full-length console, and this one has a power top for cruising on nice days.

It’s the very first one of only 8 1969 Pontiac Firebird Trans Am convertibles ever built, and it’s one of several in The Brothers Collection!