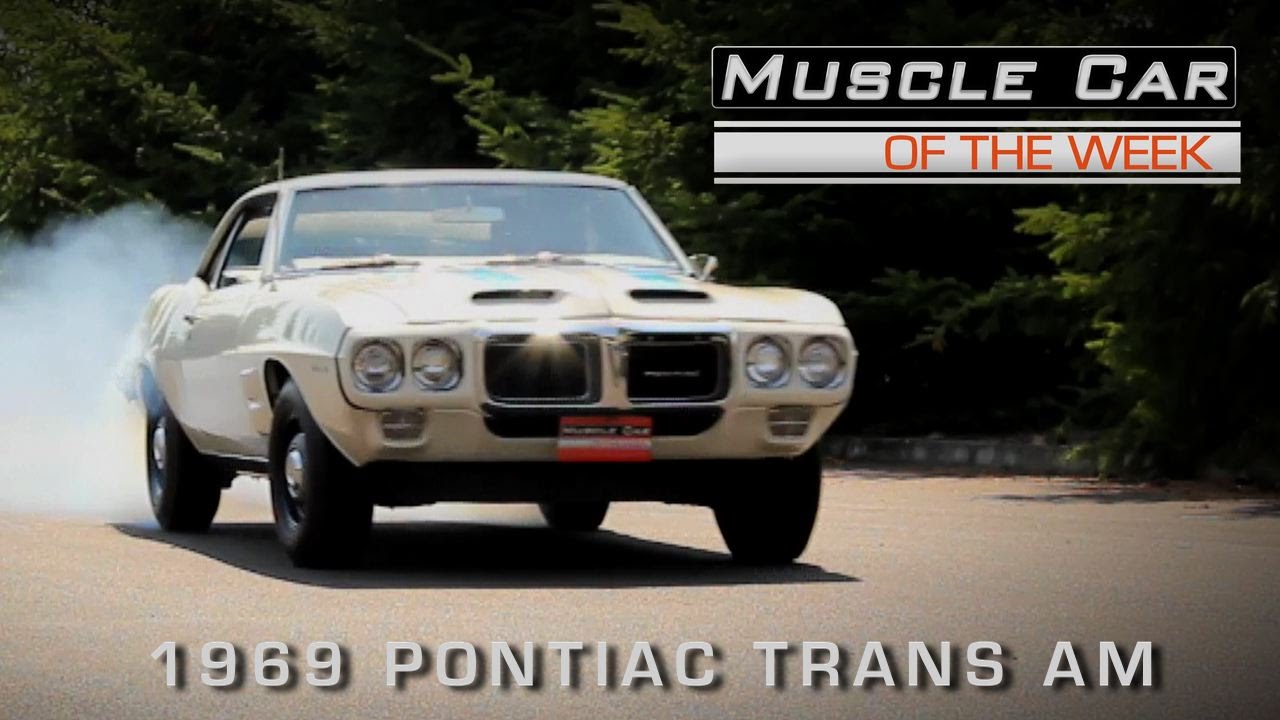 The 1969 Pontiac Trans Am was the first of this legendary line of Muscle Cars, and we spent some time with a Ram Air III 4-speed version for this episode of Muscle Car Of The Week from The Brothers Collection.

1969 was the first year for the Pontiac Firebird Trans Am model, which took the basic Firebird platform and pushed it towards the moon in both style and performance. There are lots of things to like about these cars, and this particular car has ‘em all.

The most obvious difference between a base model Firebird and the racy Trans Am is the styling. Pontiac designers added all the right elements in all the right places to make this car stand out. The nose features clean, body colored headlight bezels and a narrow chrome bumper that doubles as the grille surround. Trans Am cars received their own special dual-snorkel hood with a functional ram air system to feed the 400 cube V8 all the fresh air it could handle. Functional air extractors are mounted on the fenders to help heat escape from under the hood… and these Pontiacs were capable of making some heat on the street!

The rear view is crowned by a sleek 2 pedestal rear spoiler that wraps down on the ends to follow the contours of the quarter panels, a look that is far more integrated than many bolt-on spoilers of the time.

In fact, all the Trans Am additions to the body appear “designed in” and not just added on, but one of the coolest features are the stripes. These cars were only available in Cameo White with two Tyrol Blue stripes that start at the nose of the car, and go up over the roof… then back down the rear deck ending in the solid blue tail panel. Now factory applied stripes were pretty unusual in 1969, especially stripes going over the roof of a car. The look is like nothing else on the road, and to me, this Firebird almost appears to have aerospace theme to the design.