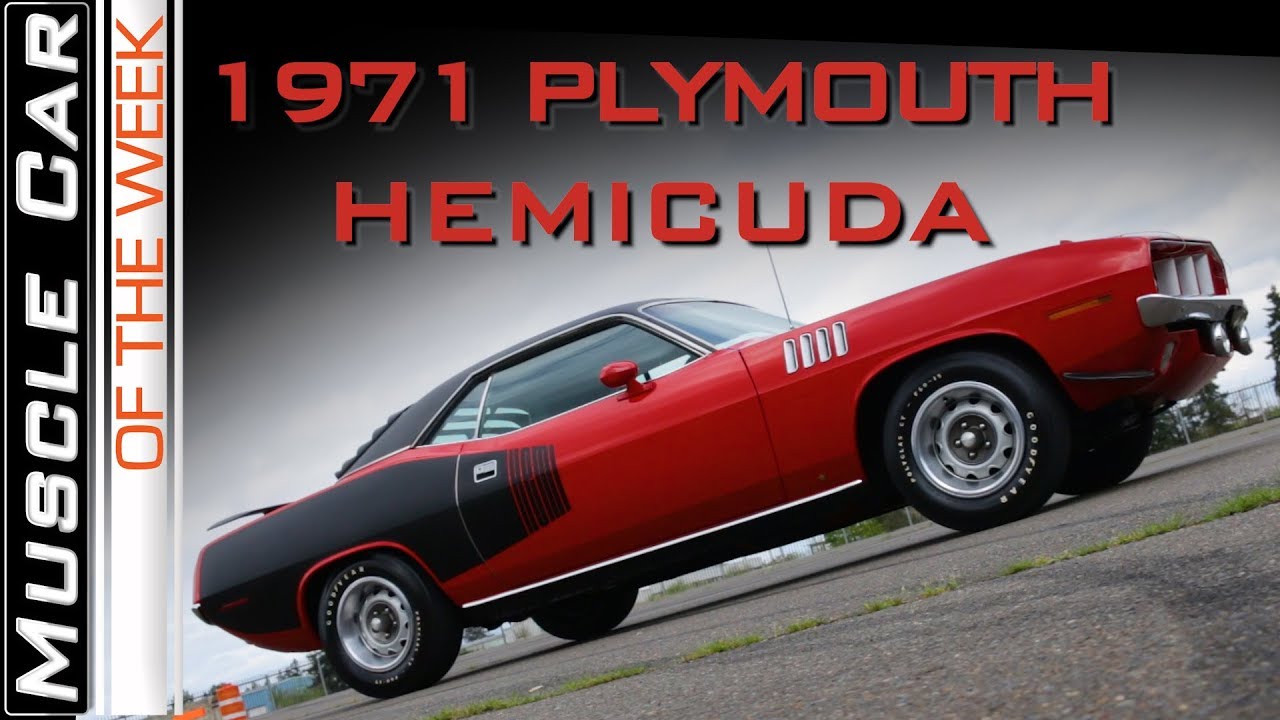 This well-known ‘71 Hemi Cuda has nearly everything going for it!

Ordering a brand-new 1971 Plymouth Hemi ‘Cuda was an exciting experience, especially if you had the means to check lots of option boxes at the dealer. Well the original purchaser of this car had a lot of lead in his pencil.

This amazing 1971 Plymouth Hemi Cuda was ordered new by a man named Zach Reynolds, the grandson of tobacco tycoon R.J. Reynolds. Zach grew up in an enviable position, with nearly unlimited financial resources, and could have easily carried himself above the common man. But that couldn’t be farther from the truth, as Zach was not just a gearhead with a bank account… he was more hands-on than most of us could ever dream to be.

For example, he didn’t just own a plane, he was a national champion aerobatic pilot many years over. He didn’t just collect guns, he was a national pistol champion. He defused bombs for the U.S. Navy, raced cars and motorcycles all over the world, and operated a HAM Radio station when he wasn’t on the road. In fact, he used his HAM reach to help locate organs and donors for people in need all over the country… no doubt helping land his “Dr. Zach” nickname. He possessed high-intelligence, but could also take his cars and bikes apart, repair or modify them, and put them back together… often times just to show people how the things worked. Zach Reynolds was a unique kind of dude for sure.

So it’s no wonder that he hand-picked this ‘71 Cuda for his collection. It’s powered by the legendary 426 Hemi V8 twisting a torqflite 727 automatic transmission, with the super track pak Dana 60 rear end and firm ride suspension. It looks fast thanks to the optional spoiler package, complete with lower front air dam and the pedestal mount rear spoiler. The red is balanced by the black HEMI billboard stripes on the quarters, and even more so by the vinyl top and black rear window slats. But there are many more add ons that are not quite as obvious.

Inside, you’ll find a rally dash, with the 150 MPH speedo and 8000 RPM tach, oil pressure gauge, clock, and resettable trip meter. That’s all lit up with optional time-delay dash floodlighting and a time-delay ignition key light. Zach enjoyed the ride from the unusual bench-seat interior.

The AM / FM Stereo tape system goes one further with the optional recording function and microphone, allowing you to leave yourself some voice notes, or maybe record your favorite song while you burn up the quarter mile. That hi-fi rig added $347 to the bottom line. Zach added his own feature in the illuminated ash tray… those Winston cigarette buts are believed to be his.

Today, this proud fish shows just over 2100 miles on the odometer, and stands as one of the most original and highest-optioned example of the breed. We’ve been told it still has factory-filled fluids on board.

Cars like these don’t come around very often, much like Mr. Reynolds. His life was unfortunately cut short in 1979 at the age of 41, as he perished as a passenger in a plane crash flown by a young new pilot. With as many cars, trucks, and bikes as he had, it’s no wonder this one only racked up a couple thousand miles on the odometer. Today, the ‘Cuda and it’s story live on in The Brothers Collection.

This ‘Cuda would be one of the most interesting Muscle Cars in the world even if it didn’t have an interesting owner as well. We’re glad you took the time to check it out, what do you think?