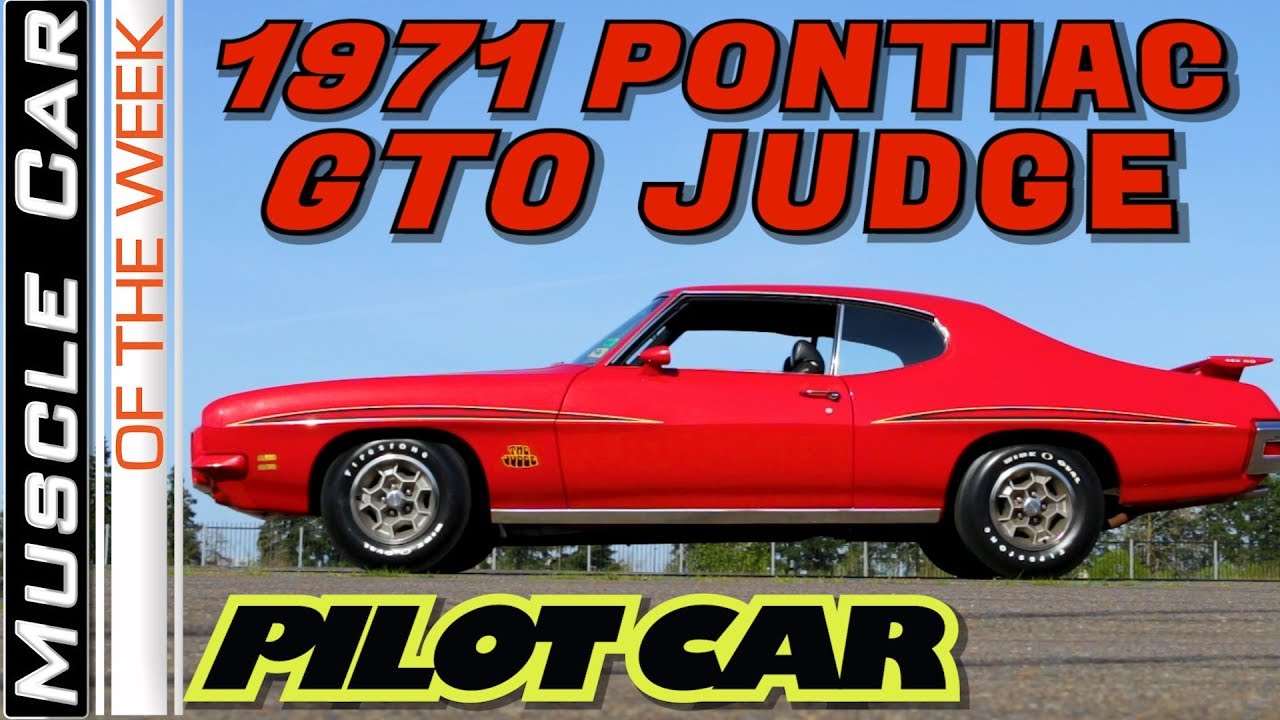 This great-looking and highly original 1971 Pontiac GTO Judge 455 4-speed is known as a Pilot car. It’s believed to be the first ‘71 Judge off the line, and it was used as an evaluation car to confirm assembly procedures and details for the ‘71 Judge program.

And a cool history, the car has indeed. You may recall that the original Judge concept was to sell a low-frills GTO to compete with other bare-bones Muscle Cars like the Plymouth Roadrunner. However, It’s interesting to note that the Judge began to pick up extra equipment over the years, and by ‘71, you could get almost anything you wanted on the Judge. This one is lots of comfort options like power steering and brakes, comfy bucket seats, pushbutton radio with an 8-track, and wood grain dash trim.

The original dealer is noted as Pontiac Motor Division Engineering Development on the invoice, and when you couple that with the low sequence VIN and the early production date, you have further evidence of this car’s place in GTO Judge history.

But this 1971 GTO Judge is not just cool because of the pilot car status. It’s a fully-stocked rockin’ machine featuring all kinds of signature Pontiac goodies, starting with the 455 HO engine. The 455 got the round port Ram Air IV cylinder heads to help it breathe through the aluminum intake manifold, resulting in 335 HP, but also churned up 480 lb-ft of torque as soon as you stabbed the throttle. All that twist worked up the heavy-duty clutch and close-ratio Muncie 4-speed transmission, but the Safe-T-Trac rear end did what it could to put the power to the pavement.

And just because it’s a bit worn, does not mean it’s not a good fit for The Brothers Collection.

We agree with Doug that it is best left alone. As they say, they are only original once, and the original Cardinal Red and Judge striping still look great today. 1971 saw the revised nose design on GTOs, and this one is made from the flexible Endura material. The rear wing adds to the speedy look, as do the color-keyed side sport mirrors. Honeycomb wheels and raised white letter tires complete the look.

This pilot car is not alone in the Brothers Collection, if you flip through our channel list, you’ll find a few others we’ve featured in previous episodes. While you’re there, we invite you to subscribe to the channel! Thanks for watching, and we’ll see you next time on Muscle Car Of The Week!