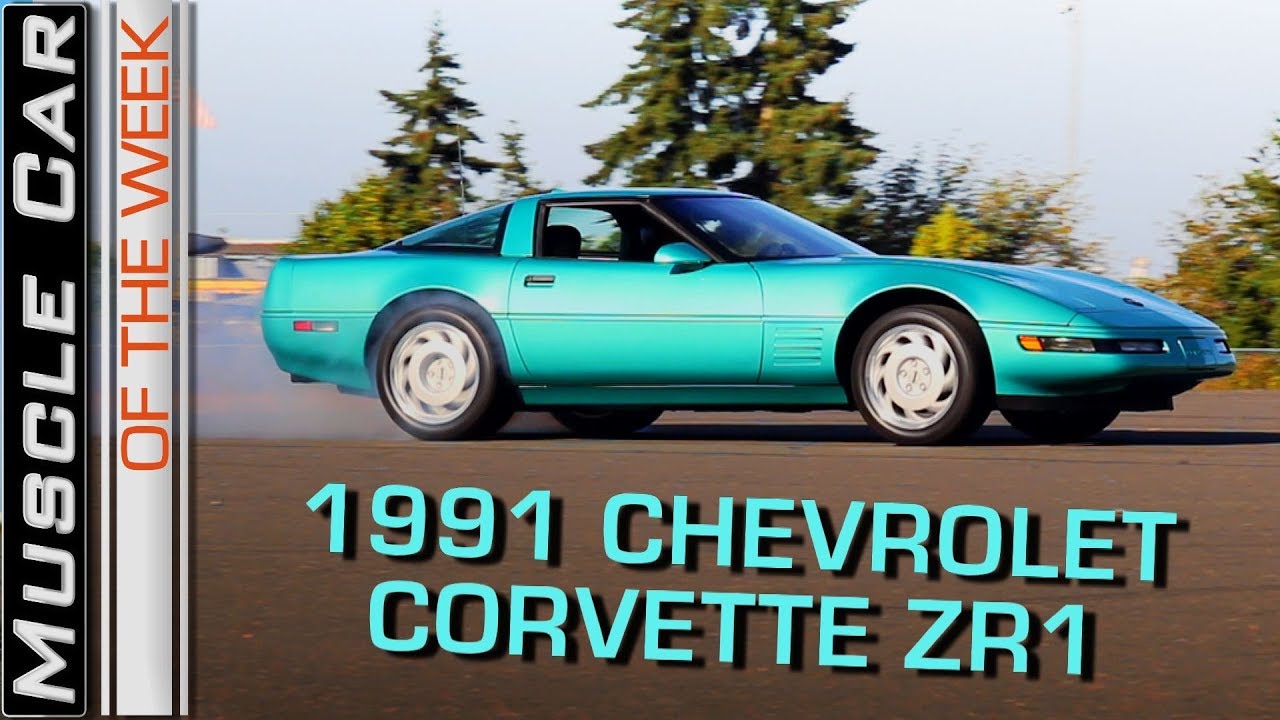 The ZR1 version of the Chevrolet Corvette has always stood for power and performance, but this second-generation ZR1 from 1991 boasts a few notable features not shared by any other Corvette before it, or since the end of it’s production in 1995.

Initially, the ZR1 package was installed on the 1970-1972 LT1 350 small block Corvettes, and it added performance suspension and brakes, beefed up cooling, and other parts to make the Corvette perform better on a race track.

By the mid 1980s, Chevrolet developed the goal of creating the fastest production car in the world, and they resurrected the ZR1 name for the production version. Nicknamed the “King Of The Hill” Corvette, the ZR1 would take a high-tech approach to achieve this goal.

Around that time, GM had added the racing operation Group Lotus to the list of companies under the GM umbrella. Chevrolet relied heavily on their expertise to assist in the development of the ZR1, and Lotus brought some innovative ideas to the table. First up was the development of the LT5 V8 engine. If this ZR1 was to be fast, it needed power under the hood, and Lotus saw the potential in taking the legendary Chevrolet small block V8 to the next level through the use of overhead camshafts and 4 valves per cylinder. Since day one, the Corvette has been a pushrod V8, with one cam an 2 valves per cylinder… and it still is today. However, the limited production ZR1 was a great testbed for the technology, which had been used in smaller displacement engines for decades. The result is an aluminum block still displacing 5.7 liters or 350 cubic inches, but that twisted up 375 HP, compared with the 250 HP standard L98 pushrod 350. And Lotus didn’t stop there, they revamped the engine management system for better performance and efficiency and re-tuned the suspension for high-speed track performance. Chevrolet was happy with the design, but didn’t have the in-house capabilities to produce them, so they relied on Mercury Marine to build the LT5 V8 for production of the engines. So now we have an American icon sportscar featuring a new engine design from a British firm, using non-traditional Corvette engine architecture, and an outsource for engine assembly. Yeah, the ZR1 definitely did NOT follow the standard Corvette arc of development.

But the efforts paid off, as the 2nd gen ZR1 proved to be wickedly fast, and the LT5 demonstrated exceptional reliability. 0-60 ran by in just 4.4 seconds, quashing any rumors that overhead cam engines didn’t produce torque. The Z’s top speed tickled 180 MPH, and the car set numerous speed and durability records along the way, like the 24 Hours Endurance run at 175.885 mph for over 4200 miles, setting a world record.

Sophisticated speedy cars like this don’t come cheap, and the ZR1 stickered about double what a base Corvette did in ‘91, helping to keep the production numbers and sales down. Overall, just shy of 7000 ZR1s of C4 generation Corvettes were sold from 1990-1995.

Another factor that helped keep the ZR1 a secret was the fact that the car didn’t really stand out from a regular Corvette. The first ones had flared rear quarters and a bulging tail section, design cues that Chevrolet adapted to all Corvettes for ‘91, so aside from the bigger rear tires and ZR1 badging, you really couldn’t tell the car was twice as bad as a standard Corvette. And what supercar driver wants their ride to blend in with the other, “regular” rides? Perhaps if the car came in special colors or had bolder badging or stripes, it would have been more of a celebrity on the streets. But this was the early ‘90s, and the theme was monochromatic colors with black rubber and plastic trim, and minimal flash.

The 1991 ZR1 was jammed with features, like power seats, windows, door locks, steering, brakes, premium audio, A/C… the list goes on and on. The ZR1 had A ZF 6-speed manual transmission for front gears, and a Dana 44 housing stuffed with hardened 3.45:1 gears in the rear. Tires were huge for the day, 275/40-17s up front and steamroller 315/35-17s in the rear. Teal green was popular in ‘91, and the car still looks fresh today, as it’s only showing 3500 miles on the odometer today, less than a round-trip from New York to LA. It’s the only overhead cam Corvette produced, and as a nearly-new example, it has a rightful place amongst the other pinnacle Corvettes in The Brothers Collection.