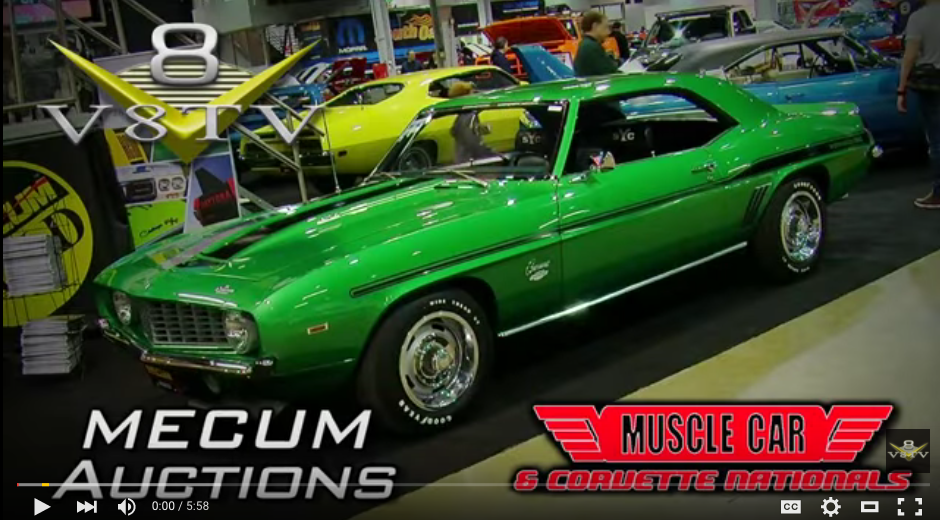 The Muscle Car and Corvette Nationals is an amazing show featuring some of the most sought-after cars ever built.    In this video, we took some time to chat with John Kramen from the Mecum Auction Company about the cars they brought to the show, ranging from a Yenko Camaro, a 640 mile Plymouth Superbird, a Ford Torino King Cobra, several Hemicuda convertibles, a 1 of 8 1969 Pontiac Trans Am convertible, and more!  The only difference is that all the cars in the Mecum display will go to the highest bidder at an upcoming Mecum auction!
V8TV Coverage of the Muscle Car and Corvette Nationals presented by Reliable Carriers.