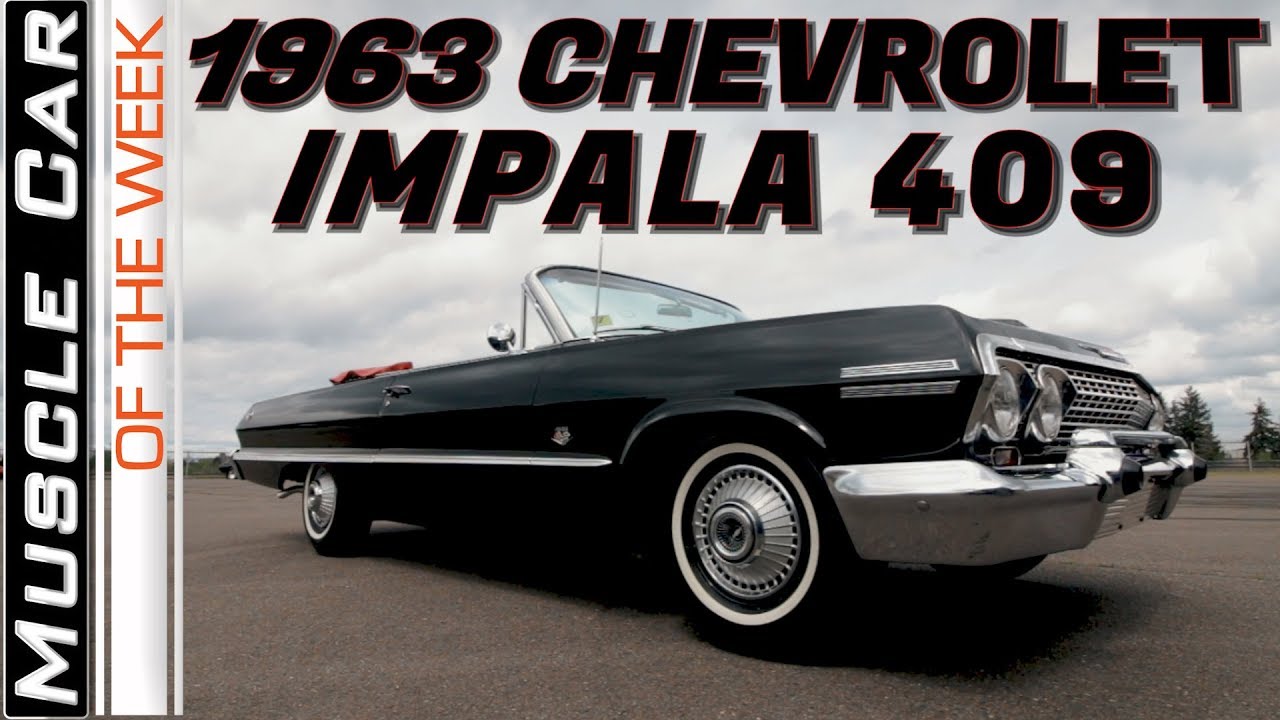 In 1963, Chevrolet was hitting home runs with cars like this awesome 425 HP 409 Impala. The trouble was, GM had over 50 percent of the market, and the government was threatening to break the company into pieces for violating antitrust laws. So Chevrolet was tasked with selling LESS cars to stay in good legal standing. How did they do it? Well, they canceled factory backed racing programs, for one.

1963 Chevrolet NASCAR race cars had already been built for the ‘63 season, so they still ran, but the support from GM was going away. But that didn’t make the ‘63 Impala any less of a cool car. “Clean cut as a jewel, smooth-riding as a jet”. Those are the words Chevrolet used to describe the new 1963 Impala, and they were right on the money. Impala has long been the flagship Chevrolet, being offered with all kinds of luxury options to make the cars stand out. This one, however, goes the other way… a minimalist version with maximum power and performance.

So even though Chevrolet was officially out of motorsports, they kept making cars like this clean 1963 Chevrolet Impala. It was built at the Doraville, Georgia plant and fitted with the high-compression, dual quad 425 HP 409. Yeah, that’s Impala SS stuff, but this one, although super and sporty, is not a Super Sport!

In 1963, the Super Sport package could have been added to any Impala, as it was mostly an appearance package. Super Sports had special badging, trim, wheel covers, and bucket seats, and any engine from the straight six up to the 409. And the opposite is also true, meaning you could get the highest output 409 in a non SS car, like the one we have here.

This one features the basic bench seat, no fancy options, and minimal exterior jewelry, but the 409 and 4-speed stick on the floor make you forget all about that other stuff.

Gauges are minimal, with a wide sweeping speedometer and a series of indicator lights for vitals, but we love the in-your-face 7000 RPM tachometer on the column. The shifter sneaks around the bench seat, and there is no fancy console like the SS cars.

Hub-capped 14 inch wheels hide hydraulic drum brakes at all four corners, without power assist. Coil spring suspension is comfy, but does not install a feeling of confidence in the turns. But the 425 HP 409 was capable of pushing these big sleds to low 14-second quarter mile times on day one, provided you could get the tires to hook up.

Pulling out of racing didn’t hinder Impala sales, as they climbed every year into the mid ‘60s. And while the exact production numbers of non-SS 425 HP 4-speed ‘63 convertibles isn’t known, it’s safe to say you probably won’t see another one parked on your local used car lot.

At first glance, this unassuming Impala could have been powered by a wheezy 6-cylinder. But that wouldn’t be much fun. We’re glad the Brothers Collection found this undercover Super Sport and added it to the fold, and we hope you like it as well. Thanks for watching and subscribing, we’ve got another sweet ride next time on Muscle Car Of The Week!