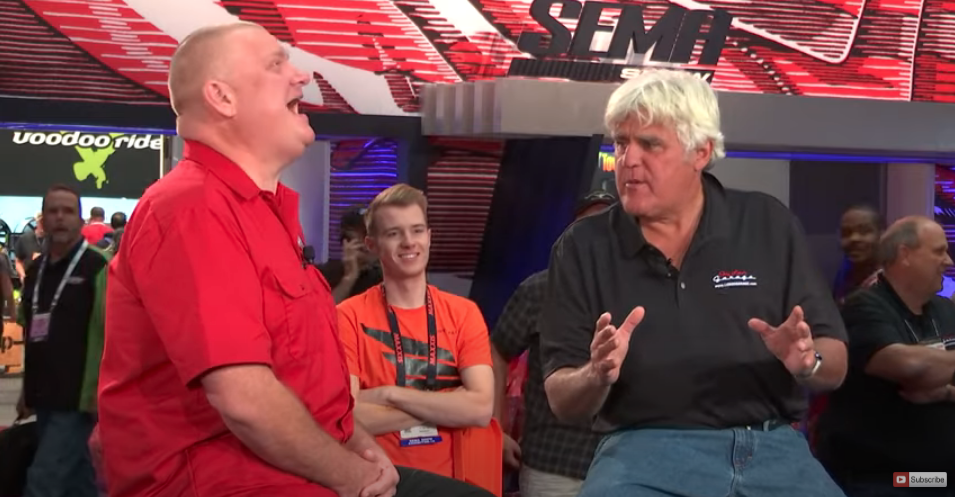 V8TV’s Kevin Oeste once again hosted the SEMA Central Stage at the 2018 SEMA Show in Las Vegas, interviewing dozens of industry notables and celebrities over the course of the week. Here, he chats with Jay Leno about the show, his car care products, and other nonsense. From the SEMA YouTube channel.

Jay Leno enlightens us about “Jay Leno’s Garage” and tells us about some of the new car care products which were showcased at the SEMA Show. 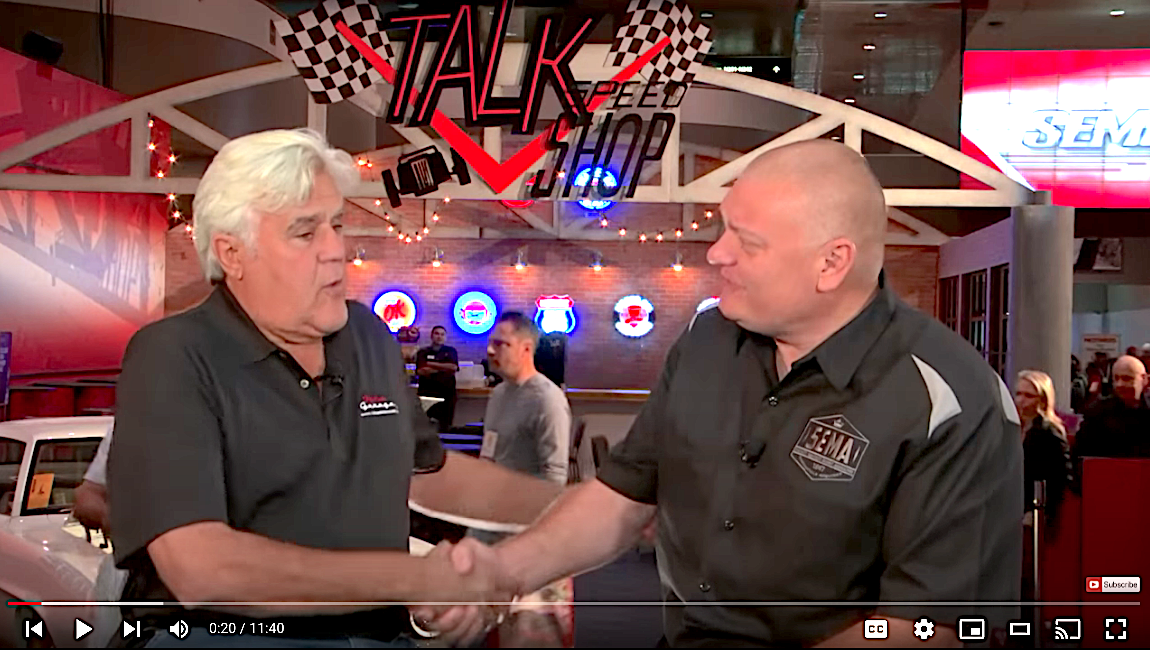 The SEMA Show is an amazing place to see new products and hot show cars, but more importantly, to meet people in the automotive aftermarket industry and get involved. Right inside the front door of the show is a place called SEMA Central, home to the SEMA Central Stage where Kevin Oeste hosts interviews with industry notables, celebrities, and legends, SEMA executives, and SEMA volunteers who make this industry succeed. These are the interviews from the 2017 SEMA Central Stage.

An Inside Look at Motor Trend on Demand with Steve Dulcich

Steve Dulcich shares his media experience and an in depth look at Motor Trend on Demand. 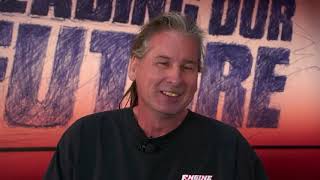 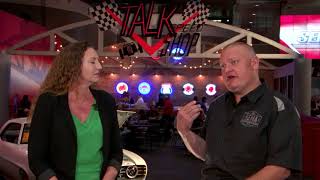 active
Getting Involved with HRIA – Angela Schoof
Angela Schoof, a Publisher from The Enthusiast Network, explains her involvement with SEMA and the different functions of the HRIA. 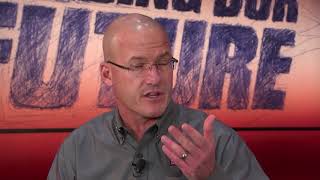 active
Inside look at the LTAA with Troy Wirtz
Troy Wirtz sits down to explain what the LTAA does and how the members work together against certain issues and regulations which the association face. 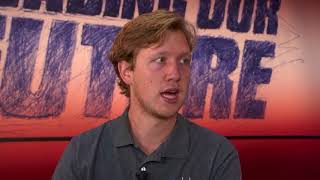 active
Emerging Technologies and SEMA Launch Pad – Ben Horst
Ben Horst shares his experience at his first SEMA Show and explains what his company is doing to put a spin on electric cars. 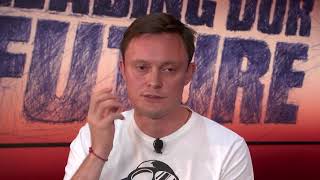 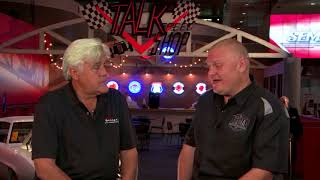 active
Jay Leno Tells Experiences and Involvement in the Car Industry
Jay Leno shares his knowledge and personal stories he has in the car industry. 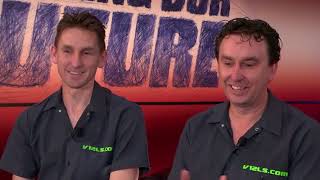 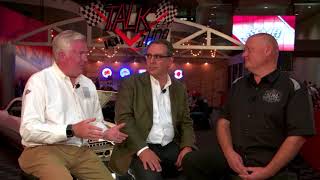 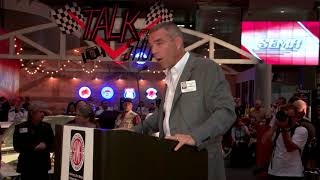 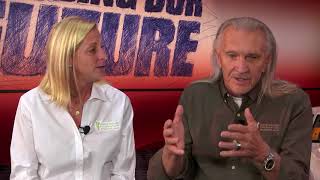 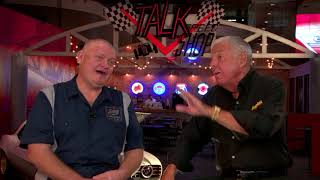 active
SEMA Show experience – Barry Meguiar
Barry Meguiar, the newly inducted SEMA Hall of Fame Member, has attended every SEMA Show and tells us his experiences throughout the years. 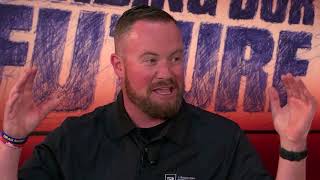 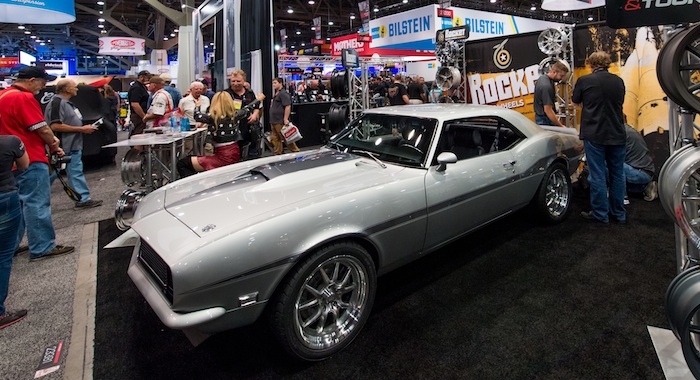 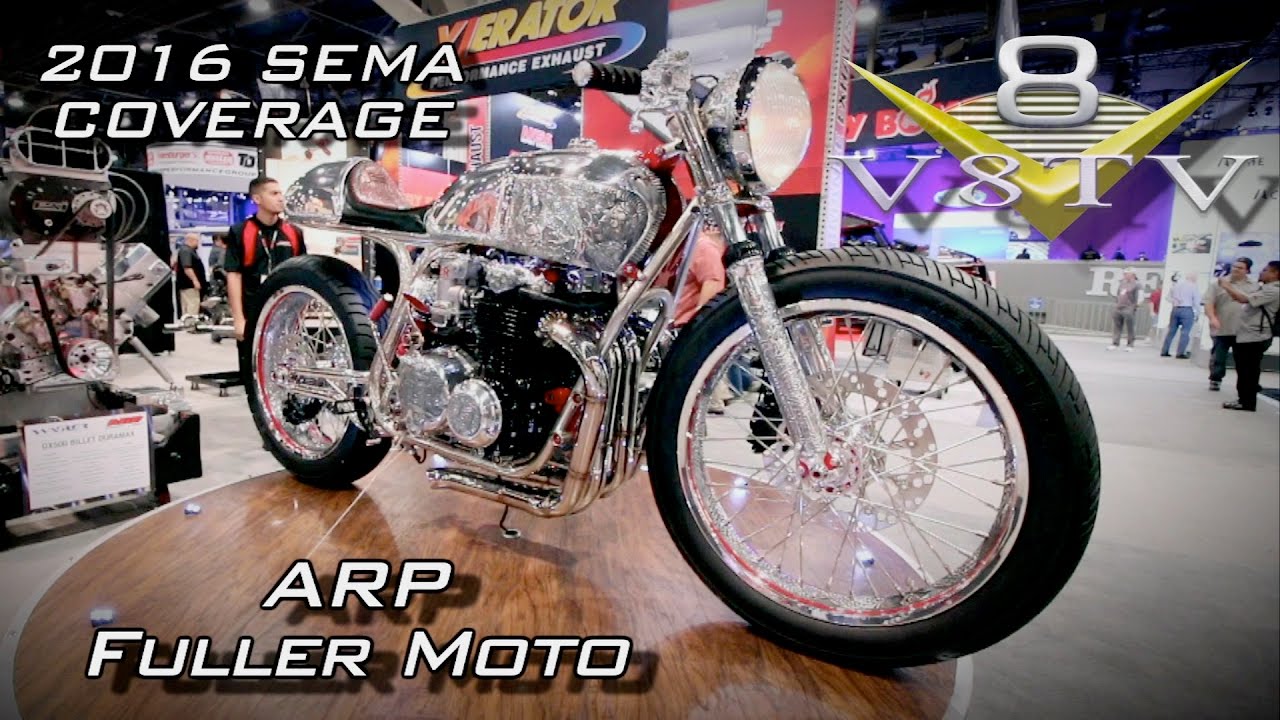 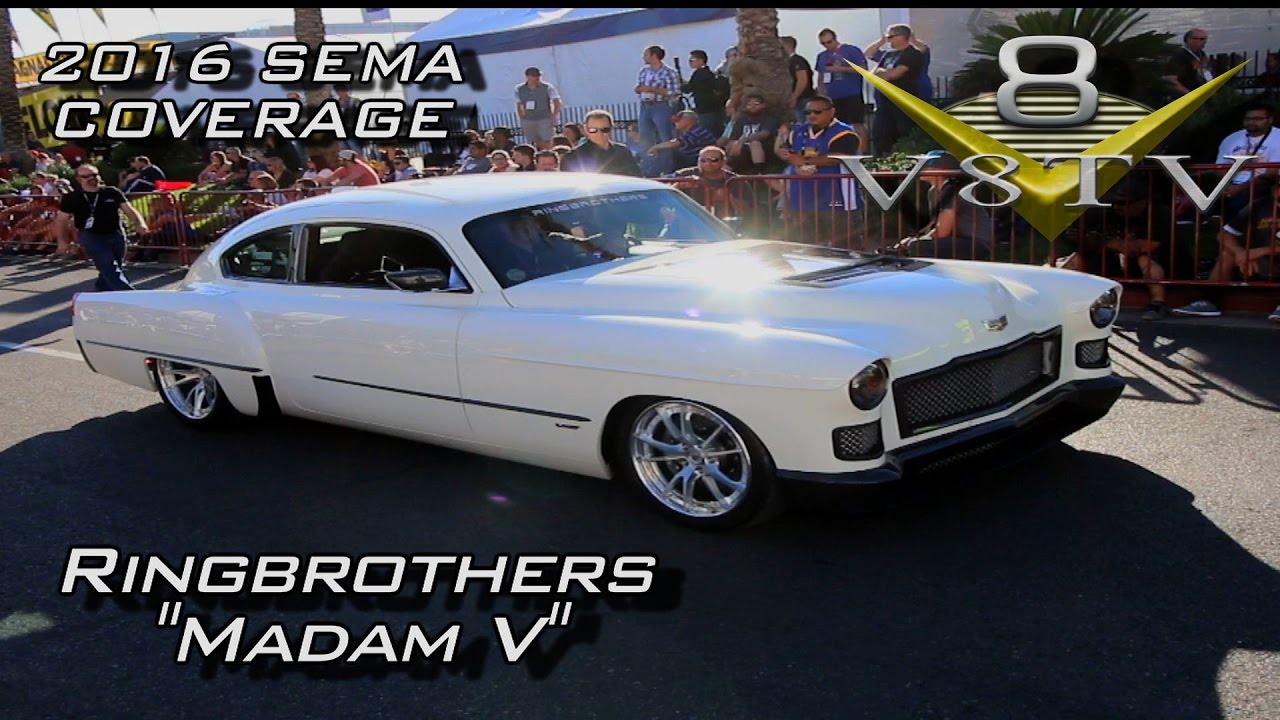 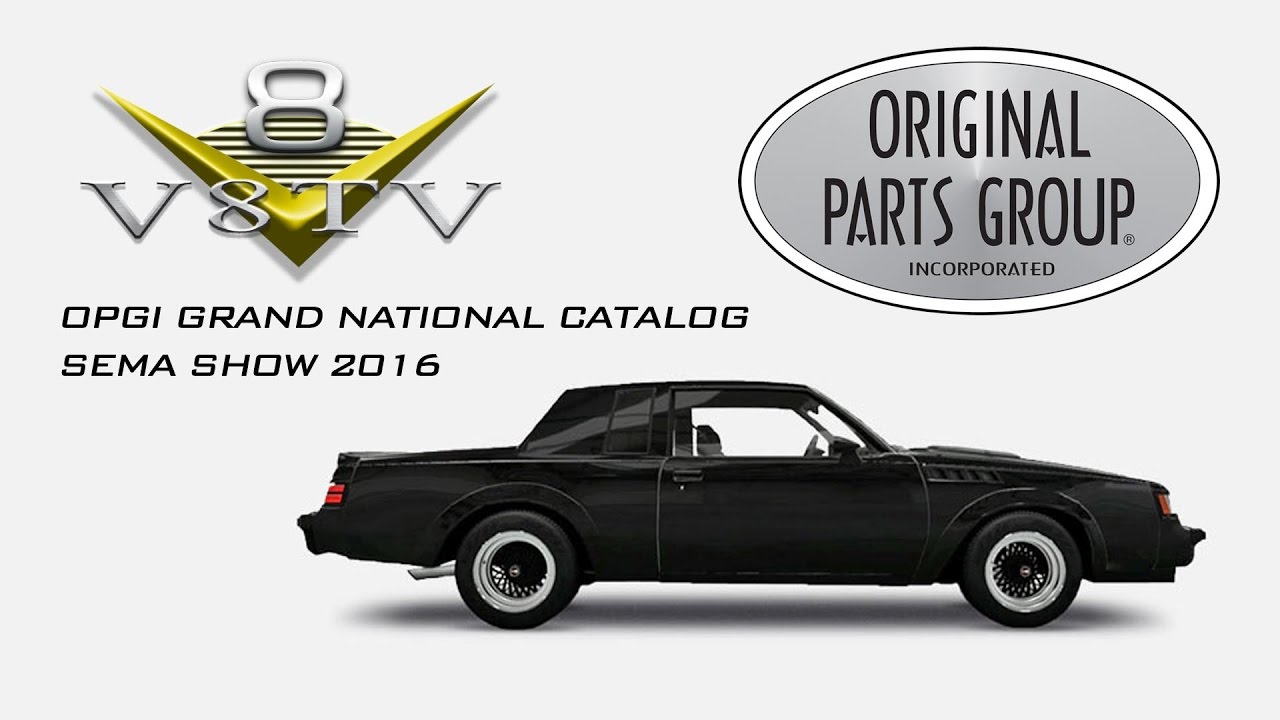 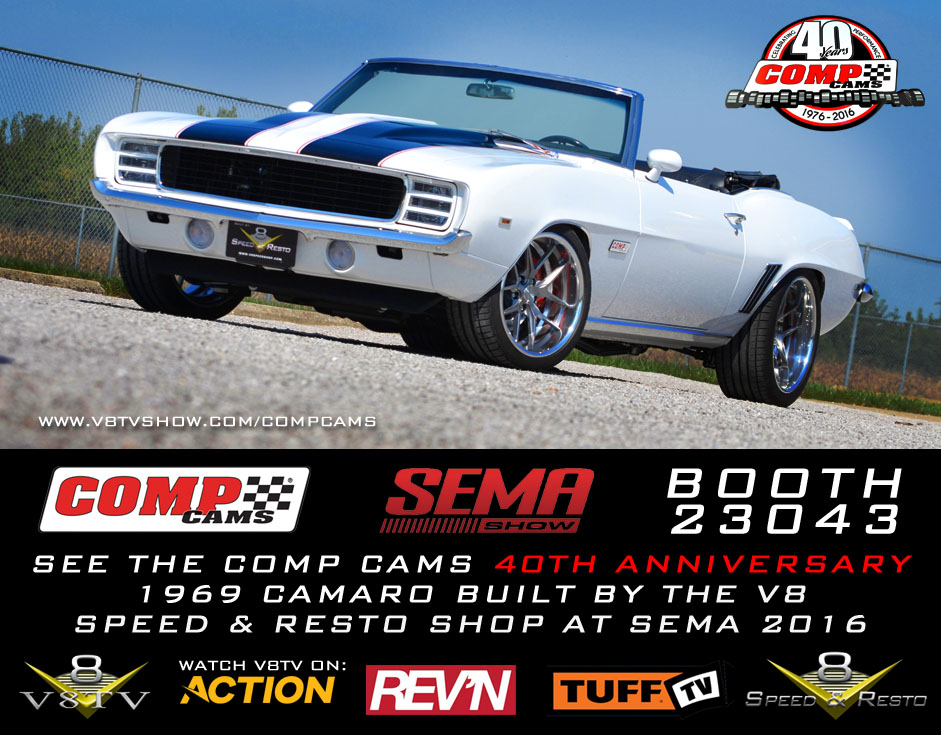 The COMP Cams 40th Anniversary 1969 Camaro will be on display at the 2016 SEMA show in Las Vegas in the COMP Performance Group booth #23043.      The Camaro was restored by the V8 Speed & Resto Shop in Red Bud, IL., and the complete restoration will be featured on several episodes of V8TV, airing on Rev’n, TUFF TV, The Action Channel, and online. 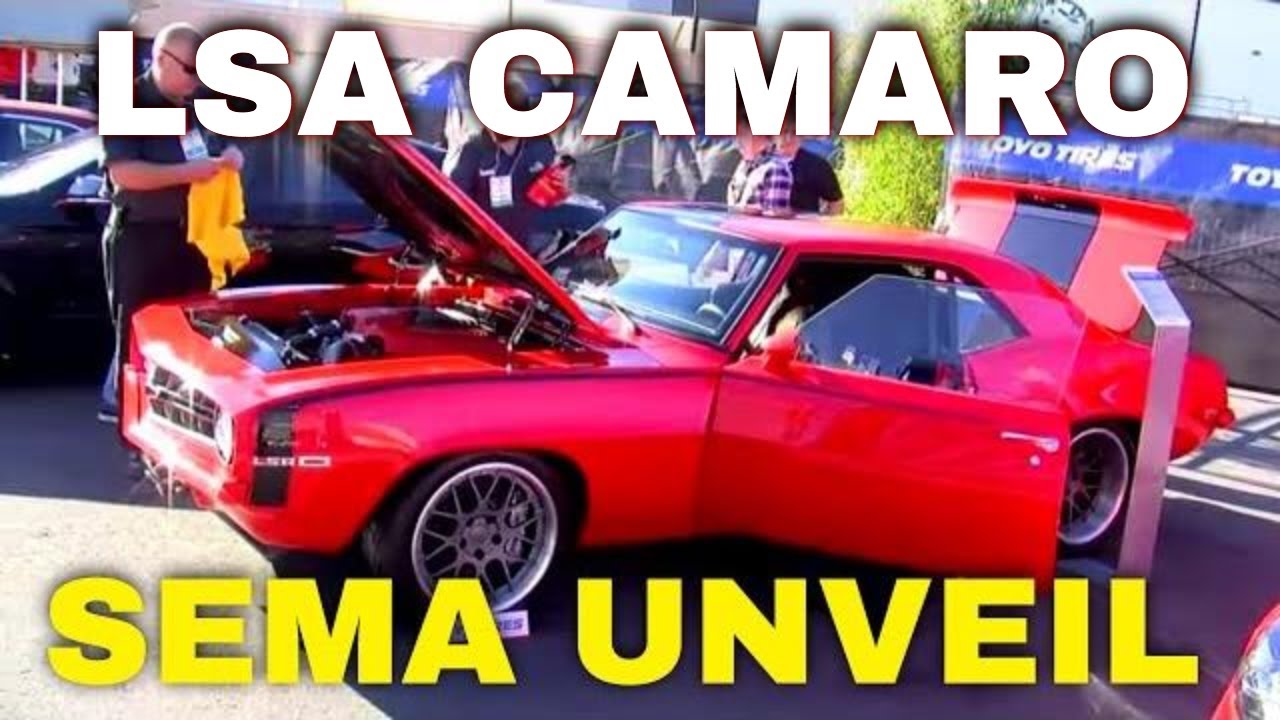 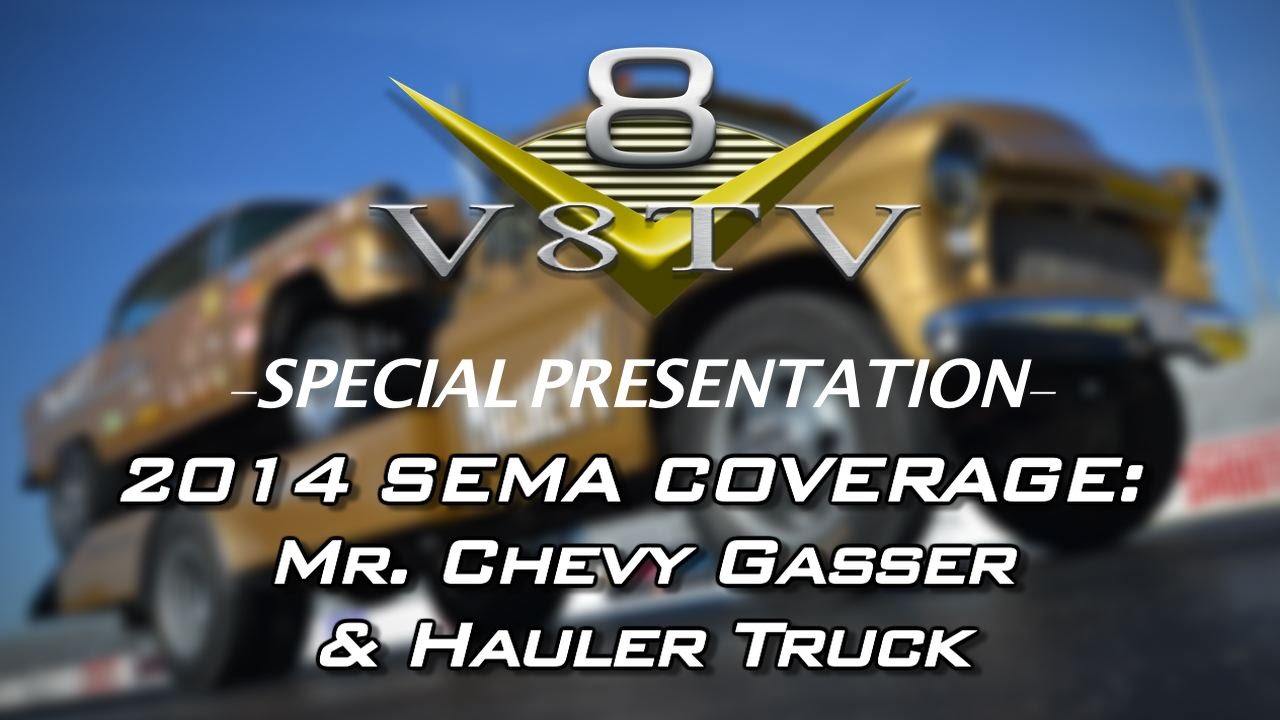 The SEMA show is often equated with new parts, as it is THE show where all the new stuff is unveiled. However, this year, we brought out a vintage 1955 Chevy Gasser race car and hauler to share with the SEMA attendees. Mr. Chevy was built to this configuration back in 1968, the hauler in ’71, and the car was raced until 1976. On one bad day back in 1976, original builder Van Heck broke the car and wrecked the hauler, and banished both vehicles to his barn for good. The car was bought by Larry Frees at Heck’s estate sale in 2006 and cleaned & repaired to “last raced” condition, and the truck was restored partially by the V8 Speed & Resto Shop. Since Frees got the car running and the truck all back together, he’s been sharing the pair with enthusiasts at various shows around the country