Big Al was having a good time with the car, going to local shows, washing and polishing it, and doing what you do with an old car.     He stored the car for the winter, and in the spring it came out for the new season.  He had complained that the front suspension was “spongy”, so he decided to have some new coil springs installed on the car.   The shop doing the work was about 45 minutes from where we lived, and it was on his way home when the fun stopped – and abruptly! 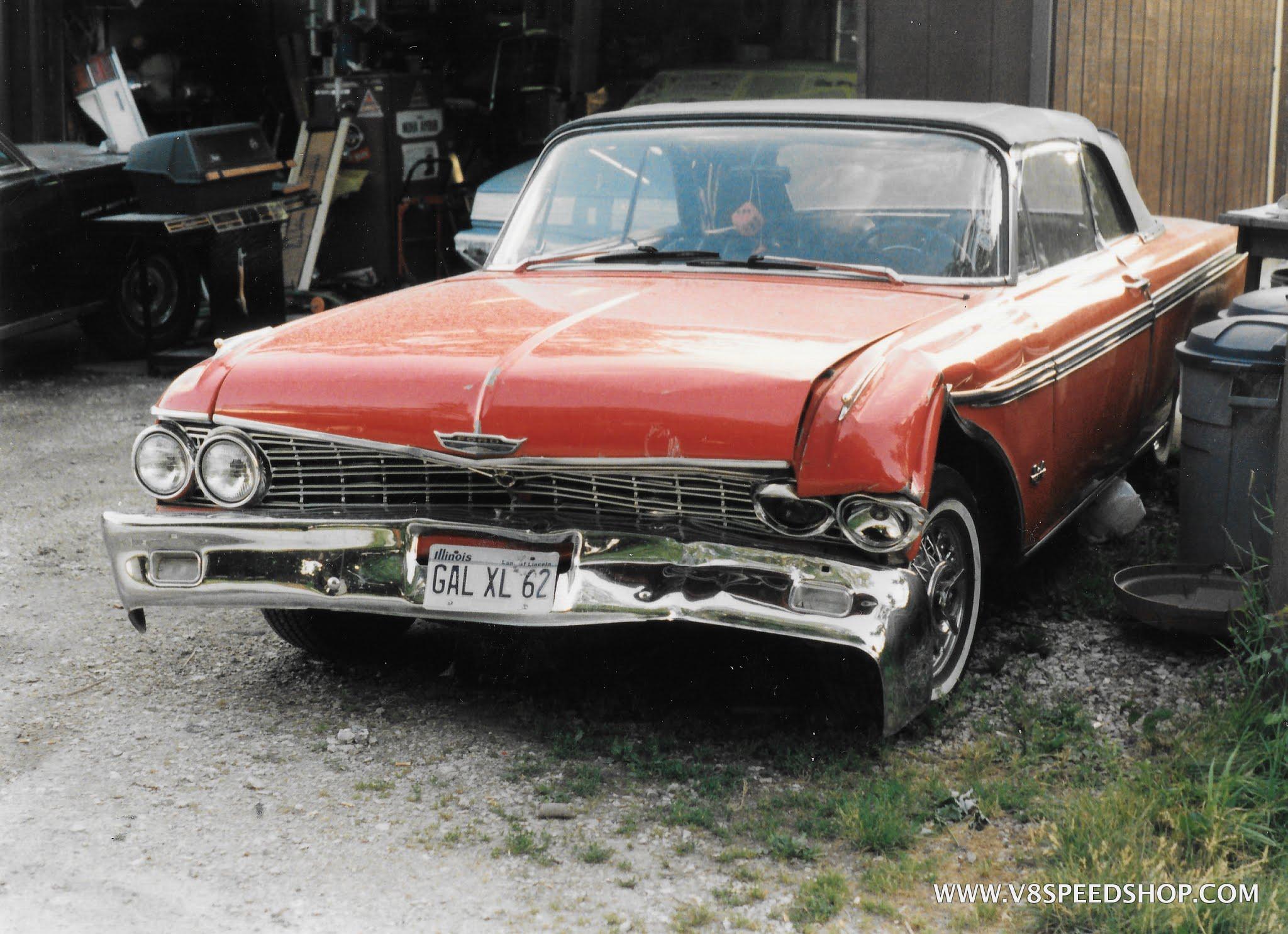 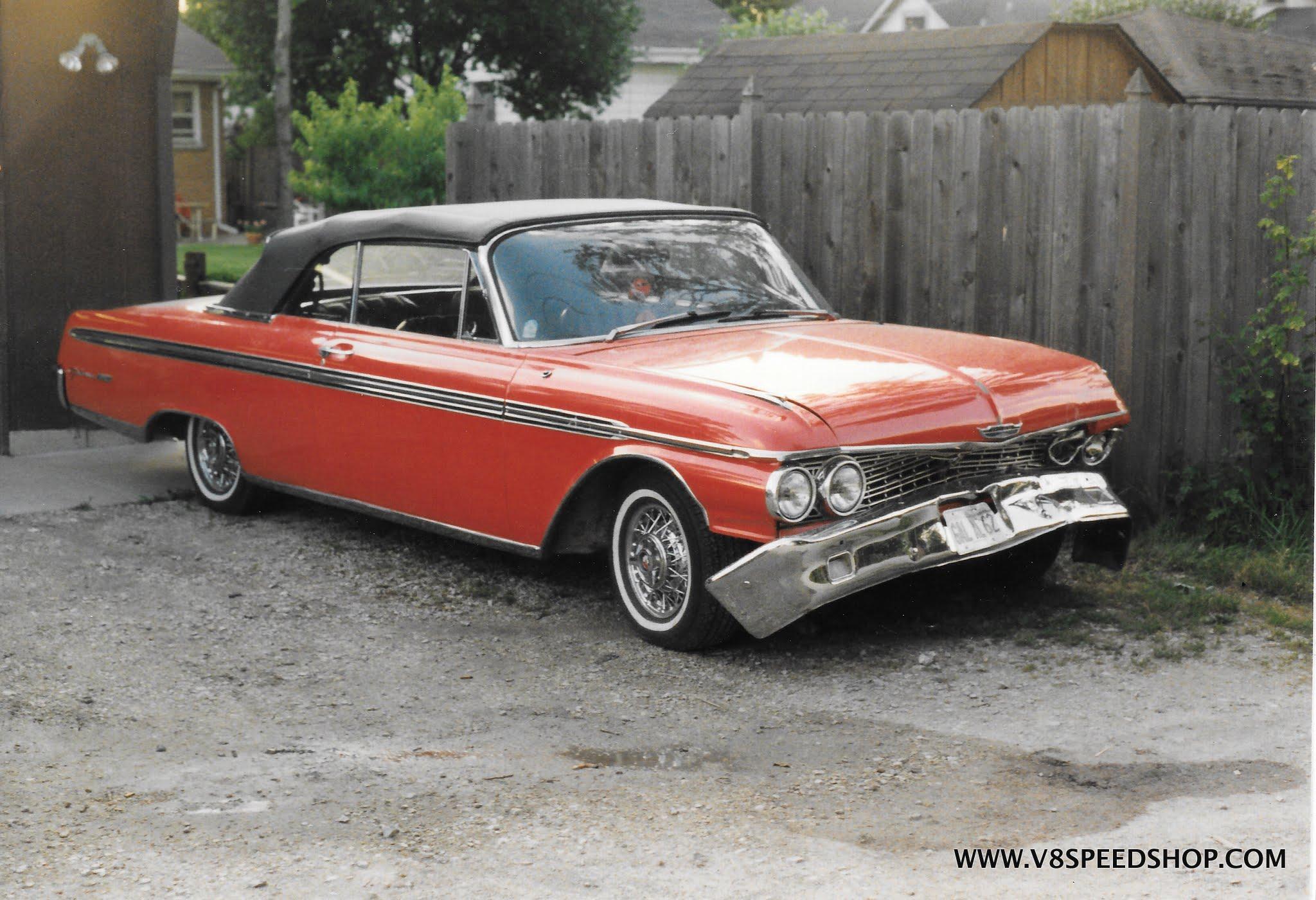 I documented the story for a Journalism class I was taking in college.    Here’s that paper:

Oeste enjoyed over 29 years of civil service without a major automobile accident.  Even in his private life, Oeste maintained a perfect driving record.  But on June 27, 1994, all of that changed.

Oeste was driving his recently-acquired dream car- a  red 1962 Ford Galaxie XL Convertible- home from a repair shop when it all happened.

“I hit the brakes and nothing happened!  The pedal went right to the floor!” Oeste recalls.

“I hit the car in front of me twice before stopping.  First a big ‘crash’ at about 20 miles an hour, and then another little tap as the other car came to a stop.  I had absolutely no brakes whatsoever!”

Being a former police detective, Oeste found it hard to believe that the brake system could simply fail.

“There had to be some other explanation…” Oeste said.  “I was on my way  home from a shop which had just installed new front springs in the car.  They used an acetylene torch to remove the old springs.  I figured that maybe they burned through a brake line or something.”

After a full inspection of the brake system revealed no severed lines,  Oeste was in a quandary.

“I couldn’t figure it out.  There was not even any brake fluid missing,” Oeste explained.  “So I asked a friend  who used to be a mechanic back in the early ‘60’s for some insight.  He used to work on these things when they were new, and he  remembers these ‘mystery’  failures happening occasionally.  He told me that in ‘62, Ford used a single-reservoir brake fluid system.  This basically means  that unlike cars today,  there is no backup system if there is a master cylinder failure, which is what happened to mine.”

The damage to the Galaxie was not so extensive that it could not be fixed.  Oeste actually performed a majority of the repairs himself, with help from friends and family.  Unfortunately,  the worst  damage occurred to Oeste, not the car.

“I couldn’t sleep for weeks.  All I kept thinking  was ‘there must have been some other way out’, some way to avoid hitting the other car.”

Although the occupants of the second car were not seriously hurt, Oeste was troubled by what could have happened.

“After dedicating the majority of my life to public safety, I went out and put innocent people in danger.  That’s what bothered me.”

Oeste lost 10 lbs. in the first week after the accident.  He began to slip into a depression which made his friends and family worry.

“I didn’t know what to do,” said Oeste’s wife, Diane.  “We kept telling him that it wasn’t his fault and that everything would be O.K., but it didn’t seem to help.  He just sat there day after day and stared at the smashed front of his car.”

The turnaround for Oeste came when he finally realized that his car would soon be fixed.

Jim Bognar, a friend of Oeste’s and an auto-restorer by trade, began to help put the Galaxie back together.

“It was just a matter of removing the broken pieces and installing the replacement parts.” Bognar explained.

Oeste found a donor car in a salvage yard in Arizona to supply him with the necessary replacement pieces.

“Once we got the new straight fenders and hood on the car, things started to look better to me”  Oeste stated.  “From there on out, I knew it was just a matter of time and effort.”

Today, the Galaxie still is not 100 percent finished, but it will be ready for the summer season in 1995.

“This whole crash thing has given me some new ideas about what I want to do with the car.  After it gets repainted, I’m having the top and interior colors changed from black to white.”

It is this new spirit that keeps Oeste going.

“I guess you could say some good has come out of this mess.  Before, I was afraid to touch the car, and now I have no fear about tinkering around with it and making it what I want it to be.  You gotta be ready to play the cards that life deals you.”

“If you don’t, things will never get better.”

Man, that was a crappy time.