Fortunately, Big Al had the Galaxie properly insured, so we were able to not only repair it, but make some improvements by doing the work ourselves.     The first steps were to disassemble the smashed front clip, and then send the car to the body shop to have the frame checked.    They did a real slight tug on the driver frame horn, but overall it was good to go.     And then, in a classic case of “Might as well syndrome,” I had the bright idea to repaint the car and polish / plate / replace all the trim.

Here, the replacement front sheetmetal is installed, and the paint stripping process has begun. 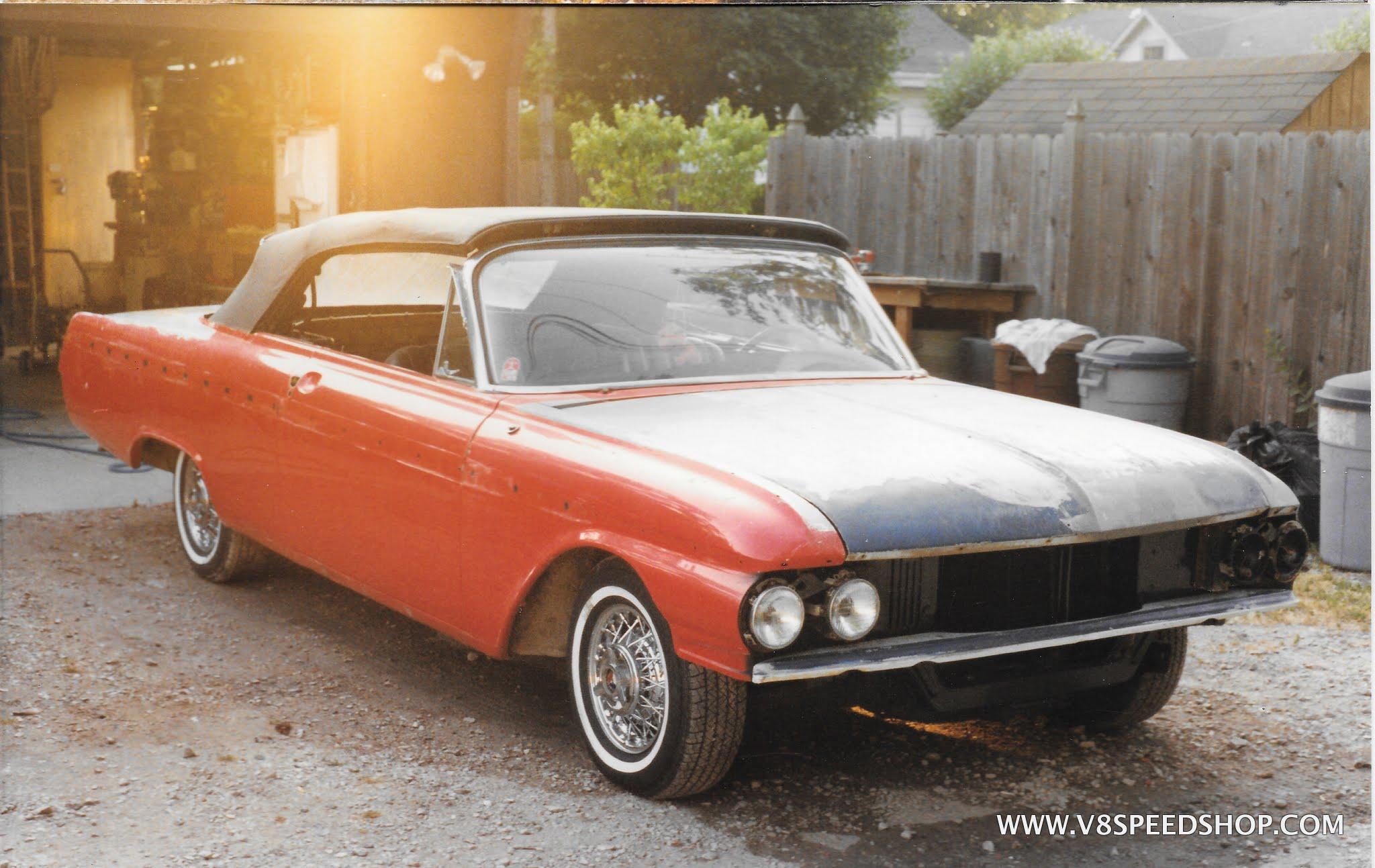 I spent a few weeks manually chemical stripping the car, with all the wonderful pleasures that come with chemical paint stripper on skin.   It was nearly 100 degrees outside, and of course, my personal protection consisted of shorts and sandals.   I think I still have burn marks decades later. 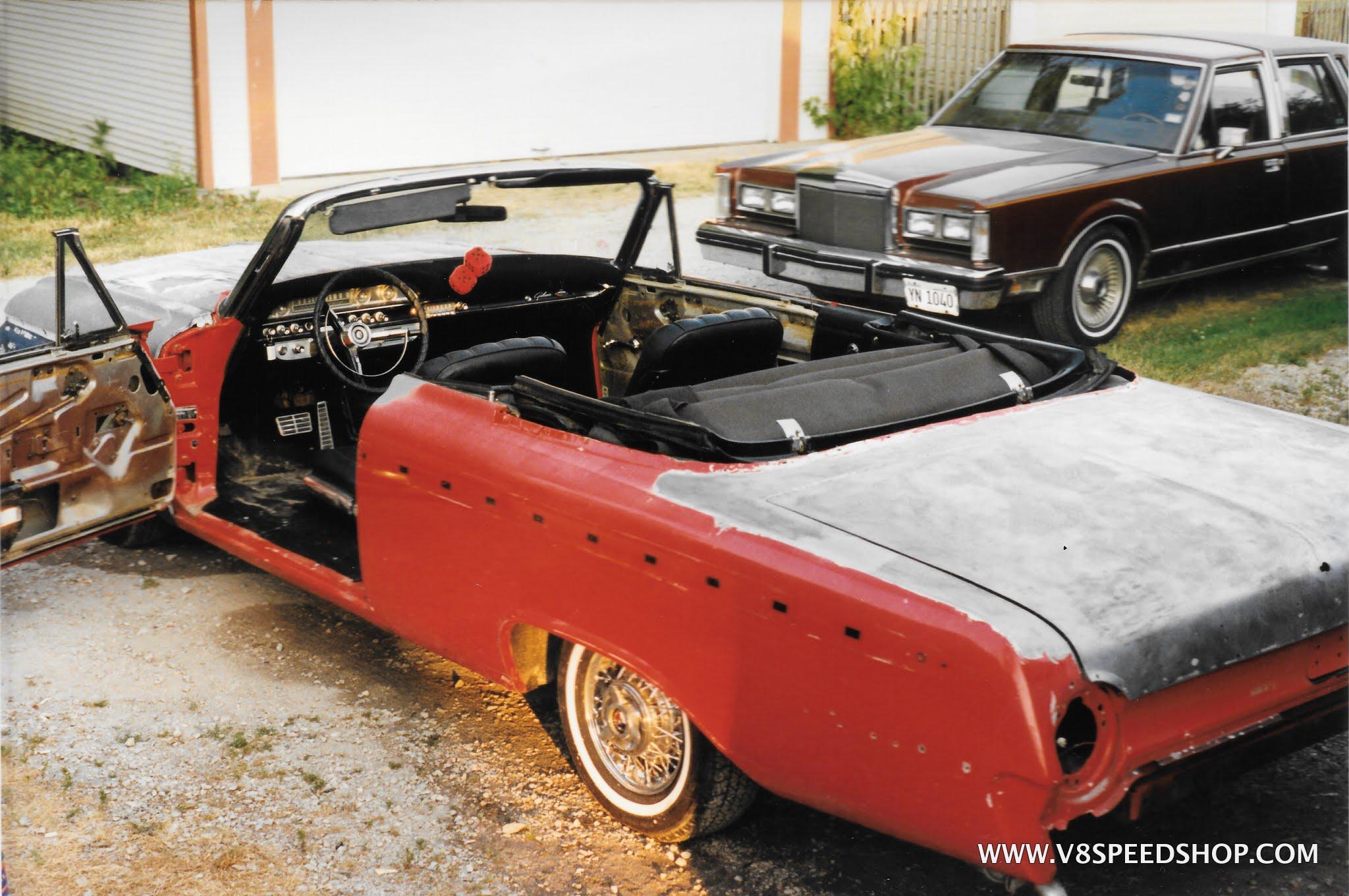 Brush on the stripper, wait for it to bubble, (not long in the heat,) and scrape it off with a razor blade.    Repeat about a million times.

In this shot, you can see a string of lights in the garden – this was the day of my college graduation party, June 17, 1995.   Styrofoam cups pressed over cheap Christmas lights make for a festive scene in the backyard!   You can also make out a beer keg in the garage, there were 6 more on the garage floor being iced down.   It was a heck of a party.. and that’s a story for another time! 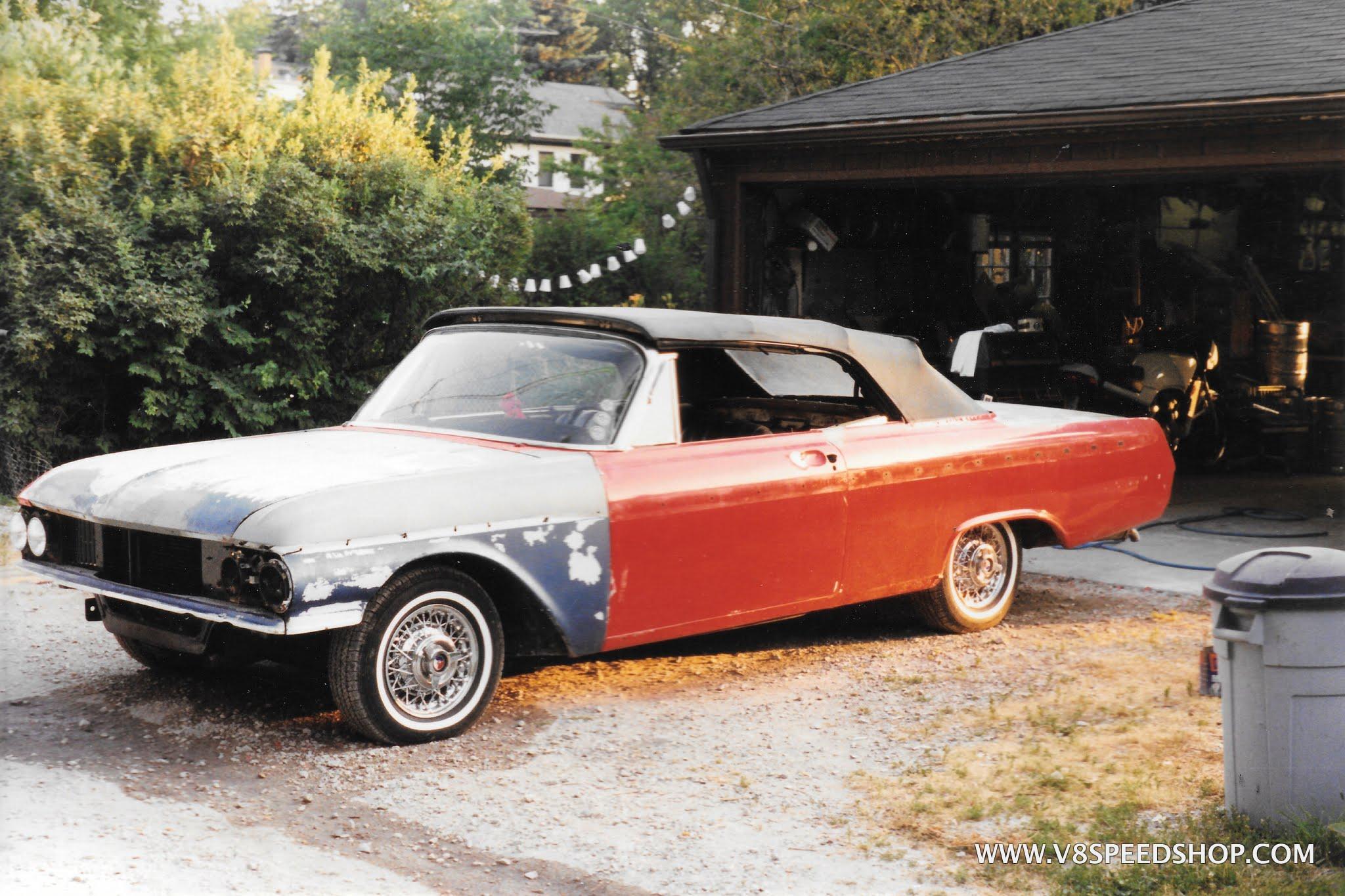 At this point, I recall telling someone it was going to take about 3 weeks to get the car painted and back on the road.    HA!   HAAA HAAA!!   Boy, was I wrong, by a couple of years! 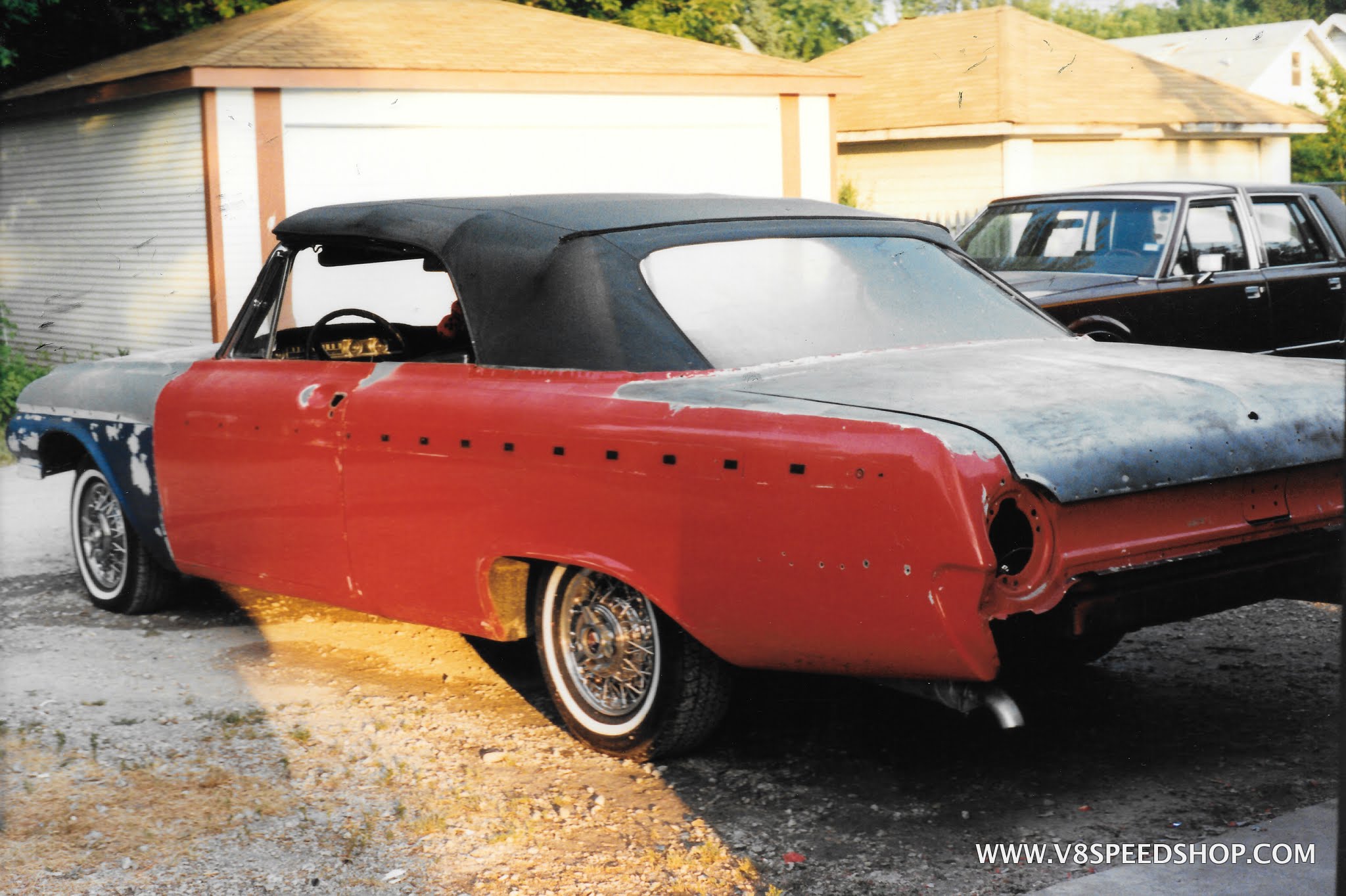 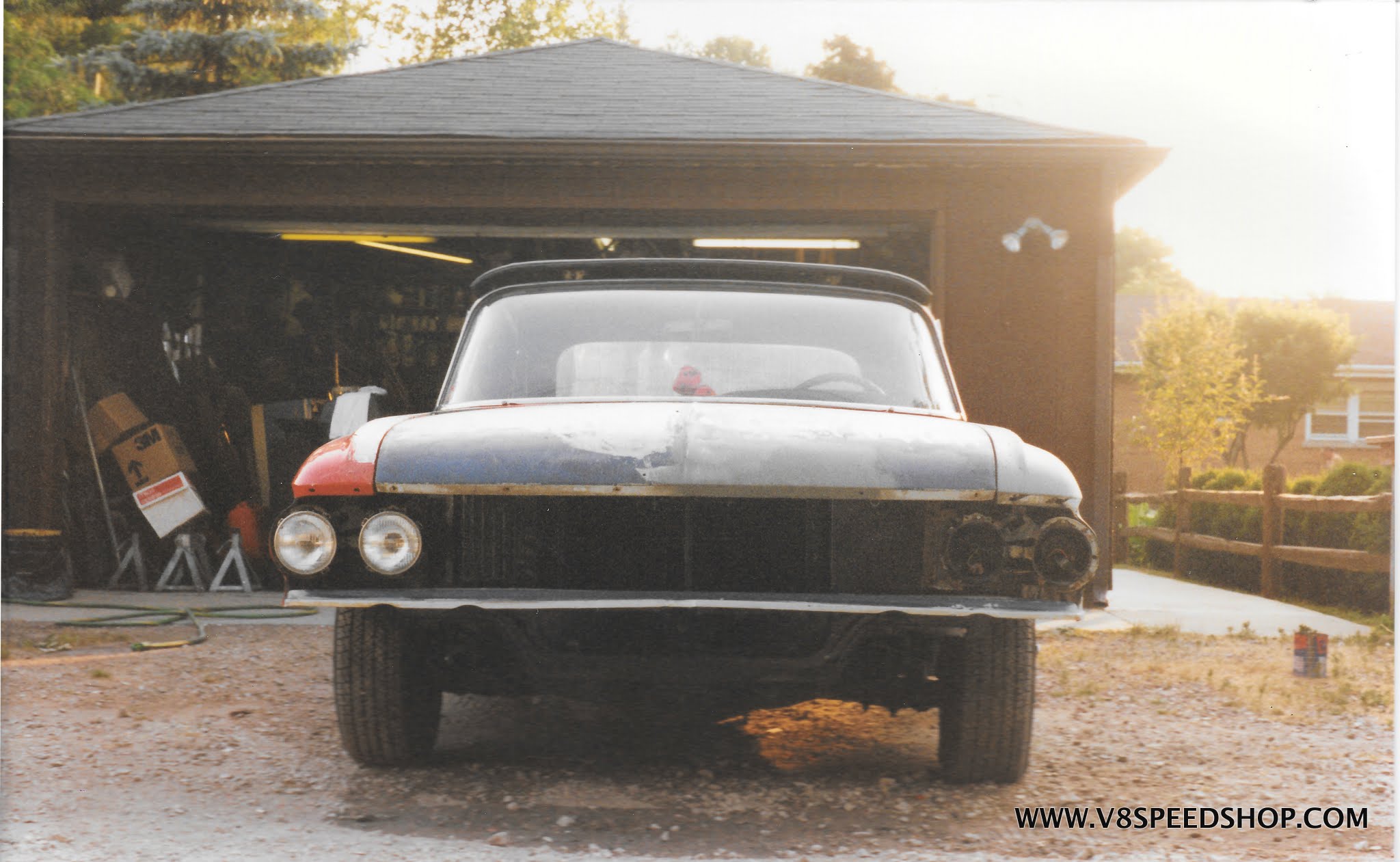 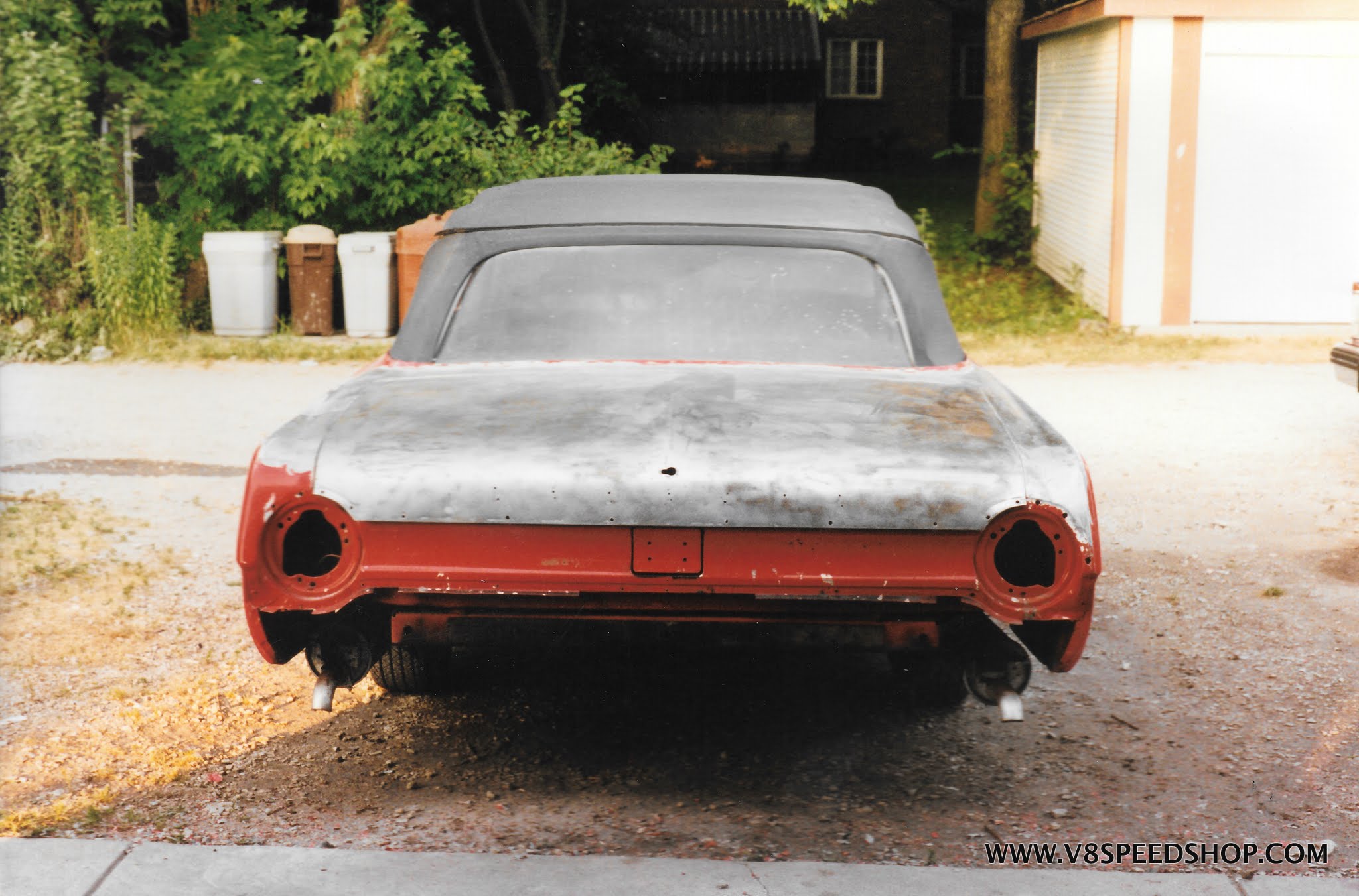 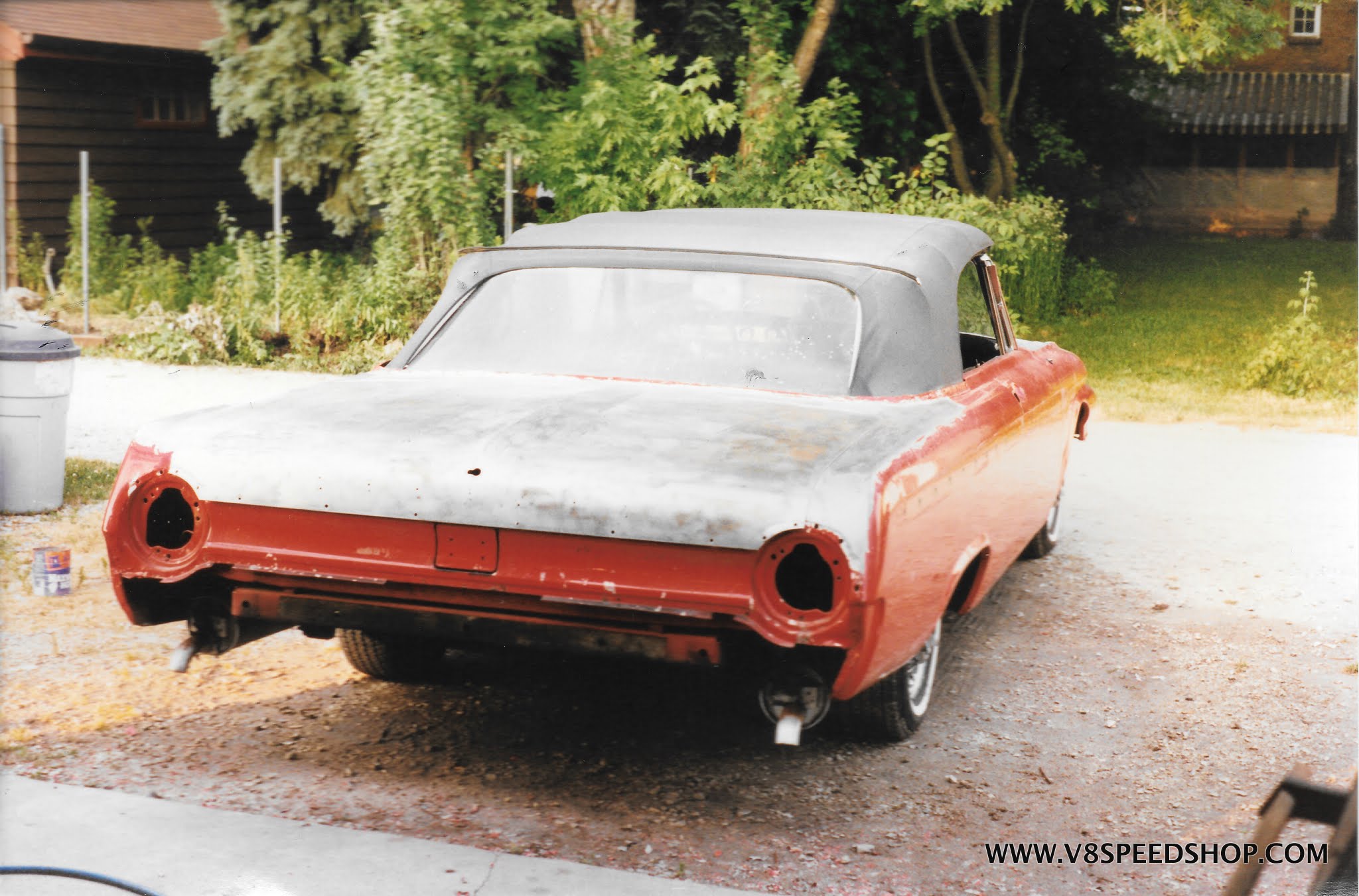 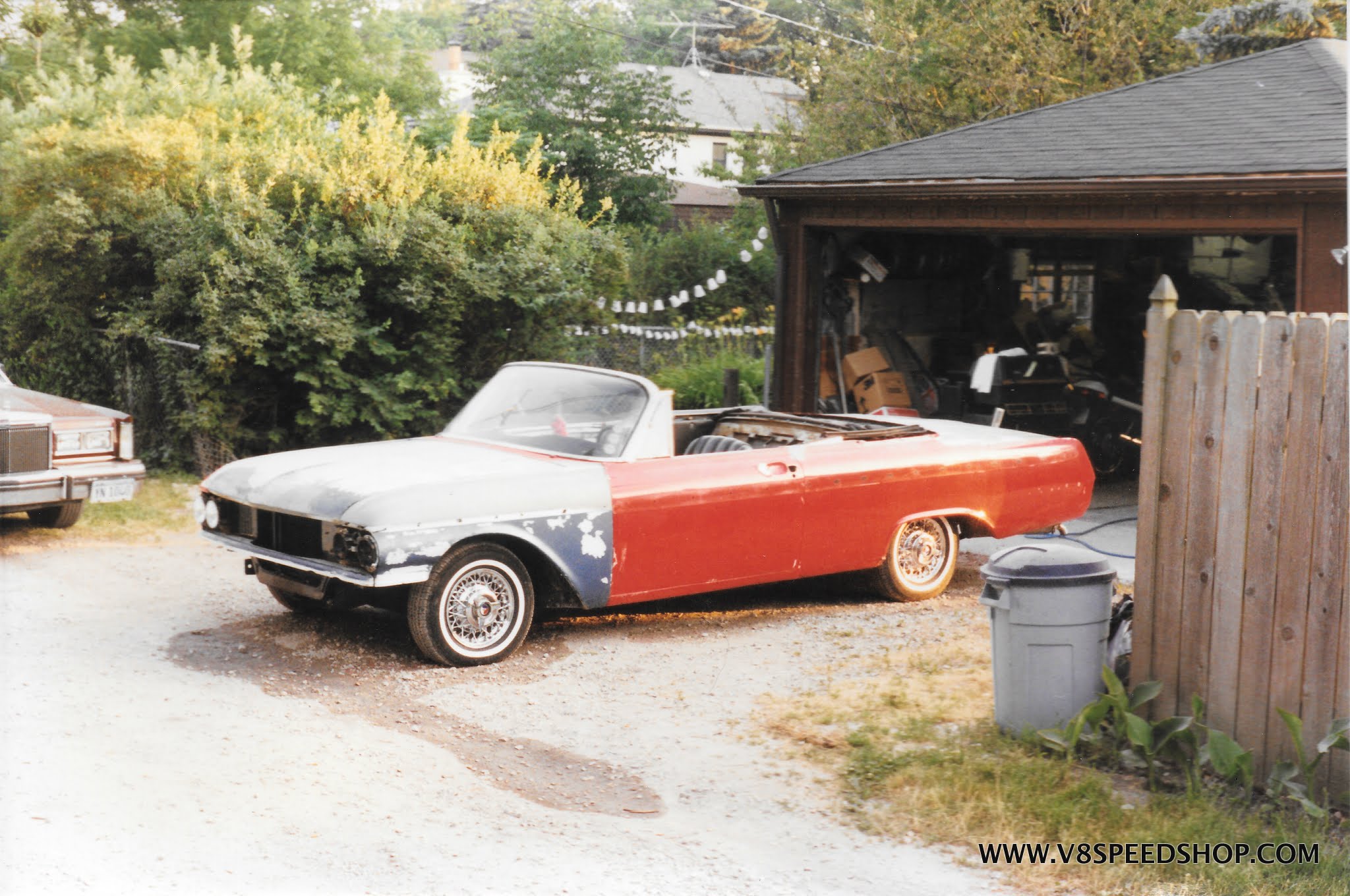 There’s a lot going on in this pic, and not just my parent’s garage being in disarray, all thanks to me… first off, you can see how Big Al used to put his beer cans on the freshly stripped sheetmetal on the car.    This would leave condensation rings on the car, and I’d get hot about it.   He’d just laugh.   Stripped paint chunks on the cardboard on the floor.   The 1982 Yamaha Vision 550 motorcycle that I took in trade for an old Cadillac, but never titled or rode… couldn’t do that and live under Big Al’s roof… so the bike got sold after I repainted it white from blue.   Also note the nylon-webbed lawn chair, cordless phone, and the new grille and bumpers in the background. 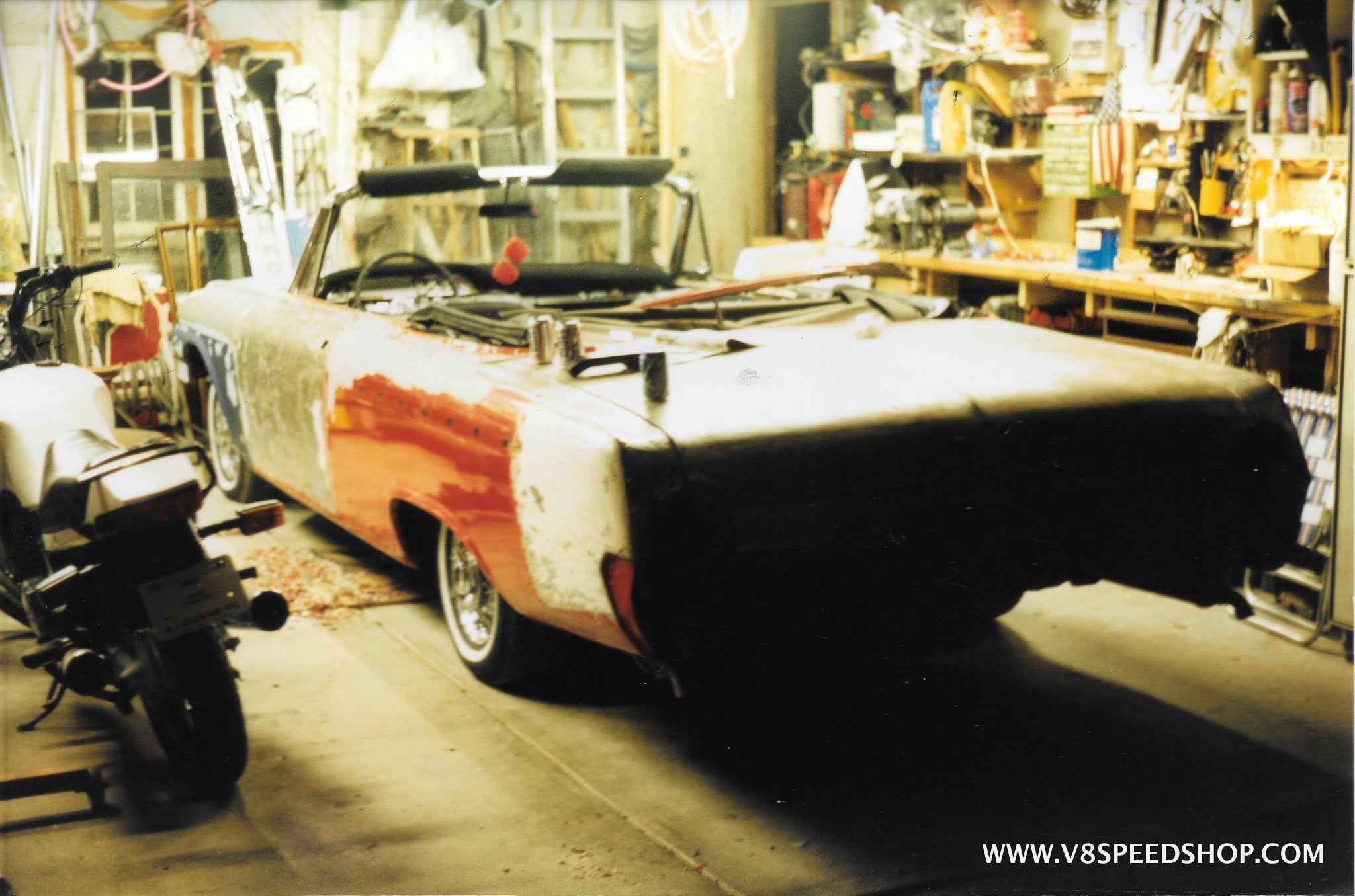 The good thing is that the car was nearly 100% rust free under the multiple paint jobs.   I never found the original color, so it had been stripped before. 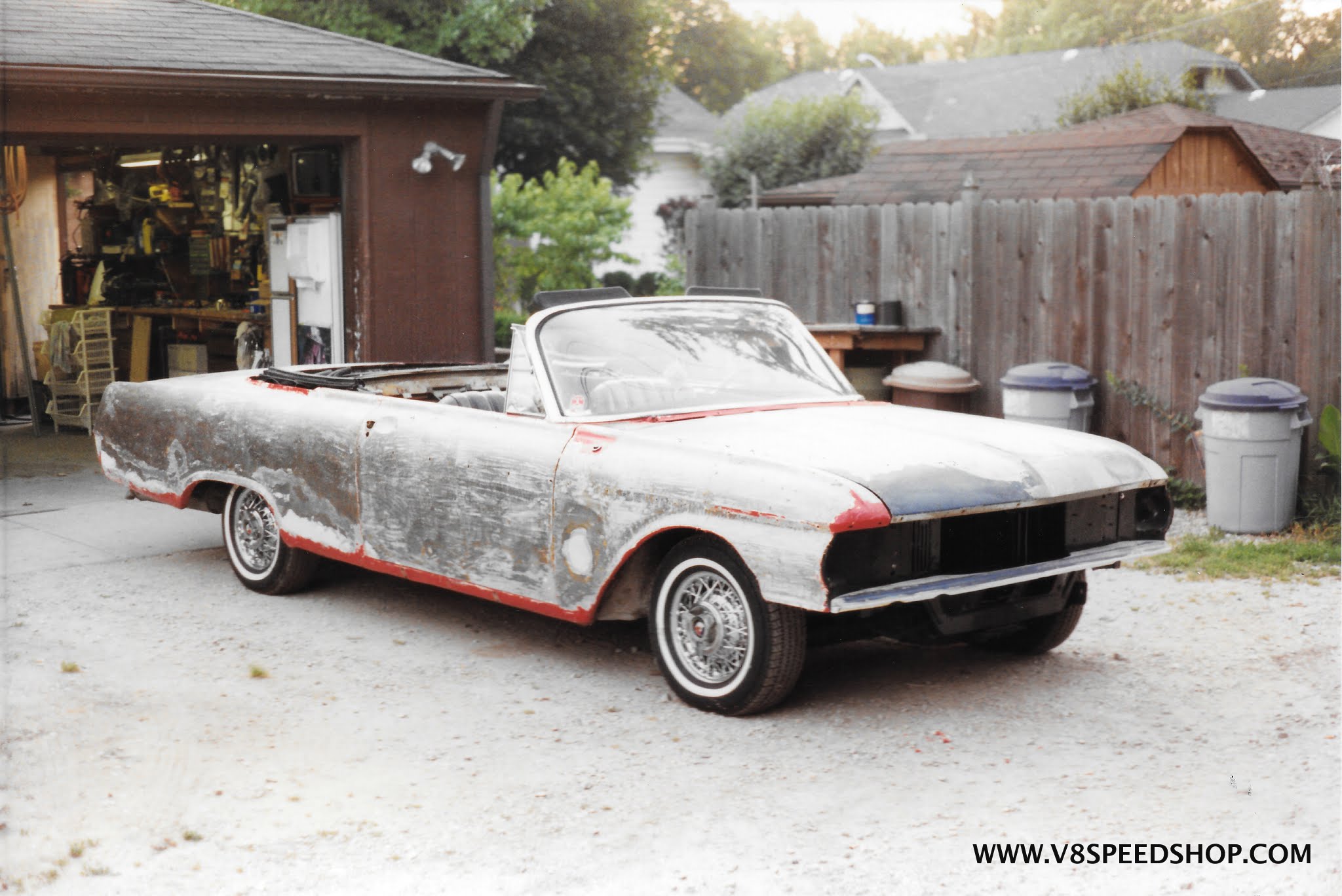 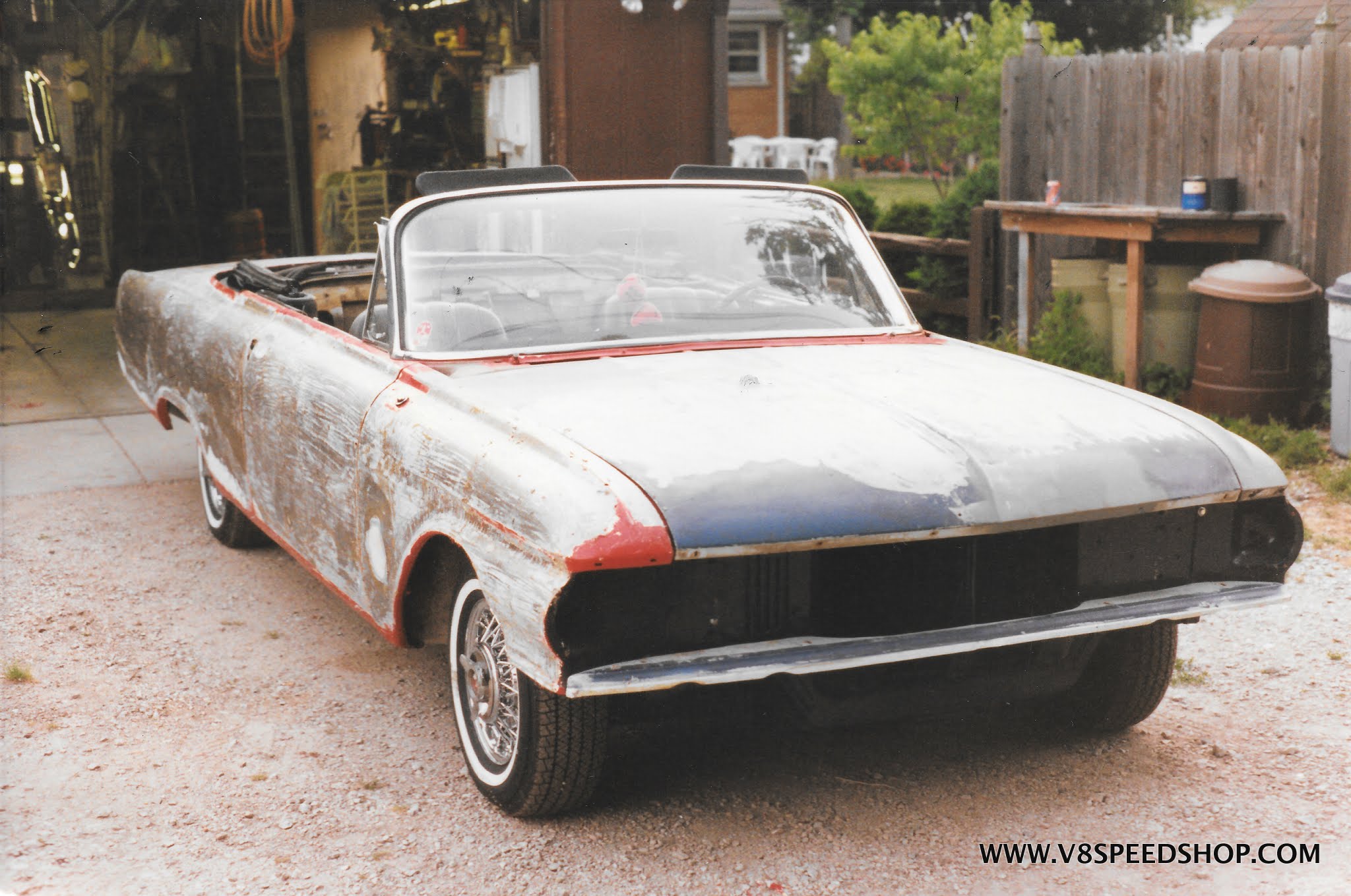 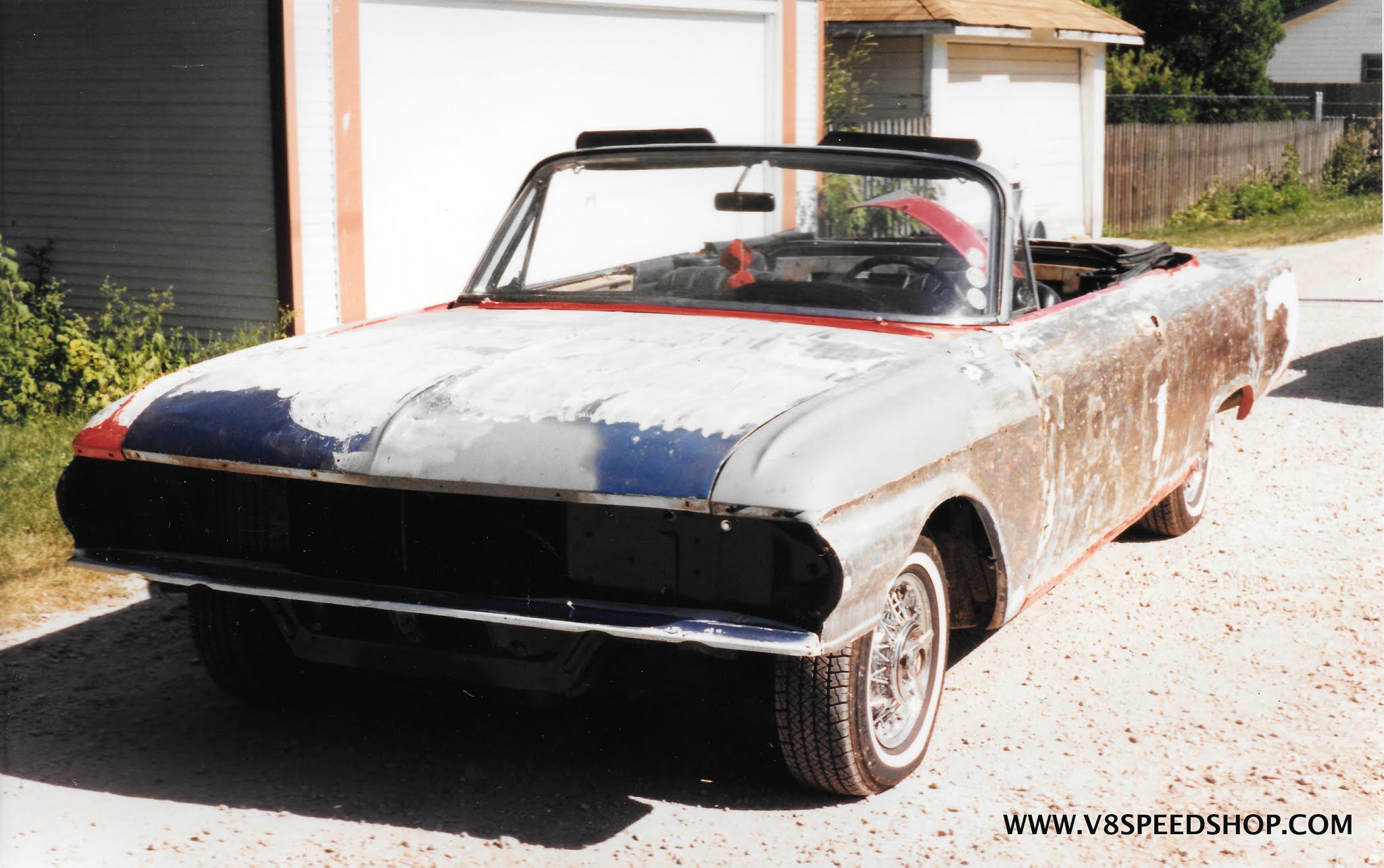 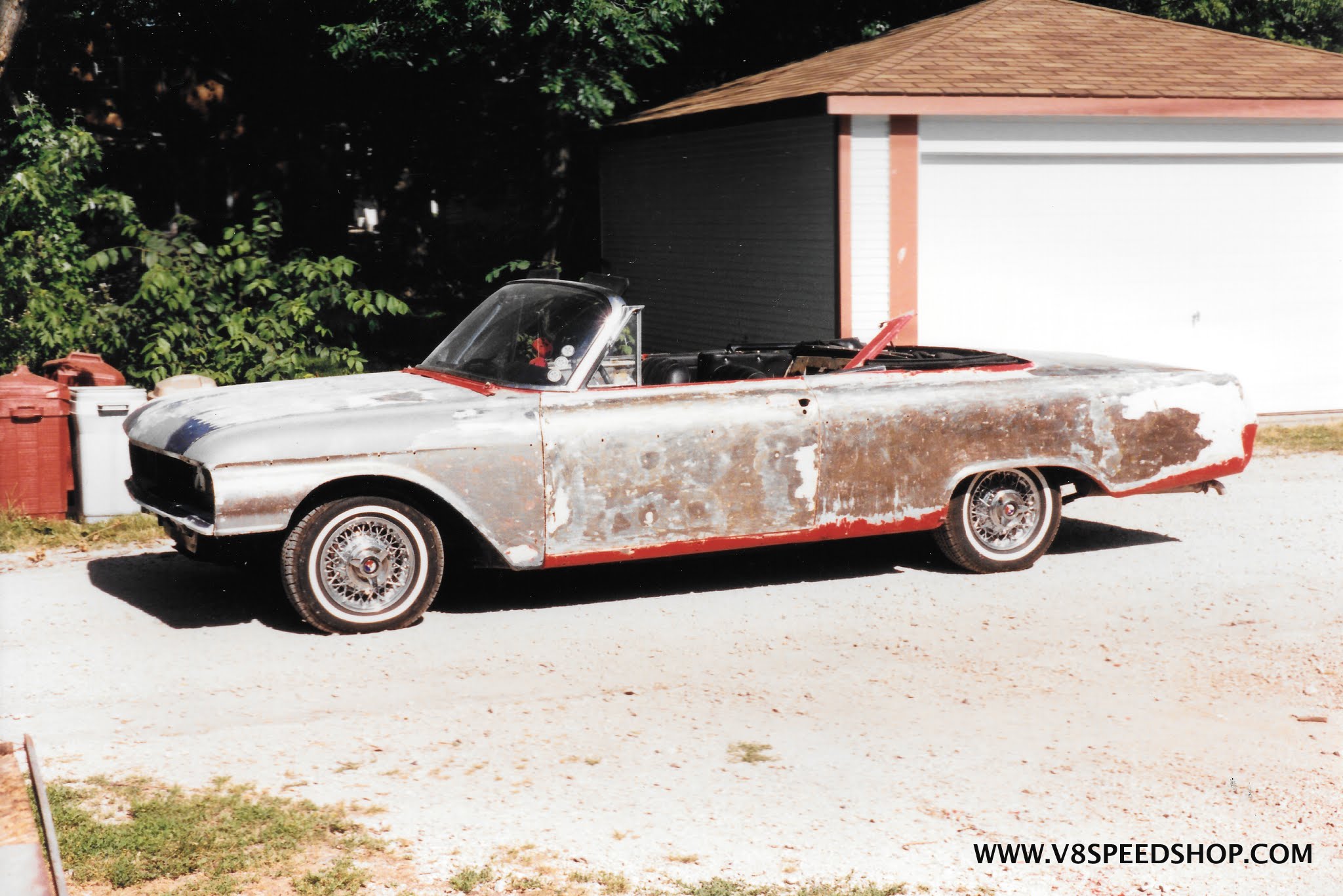