After the chemical stripping, I sanded the whole car with 80 grit paper on a DA sander.   This was a home garage repaint, so the car never came off the frame, but I tried to be as thorough as possible with the resources at hand. 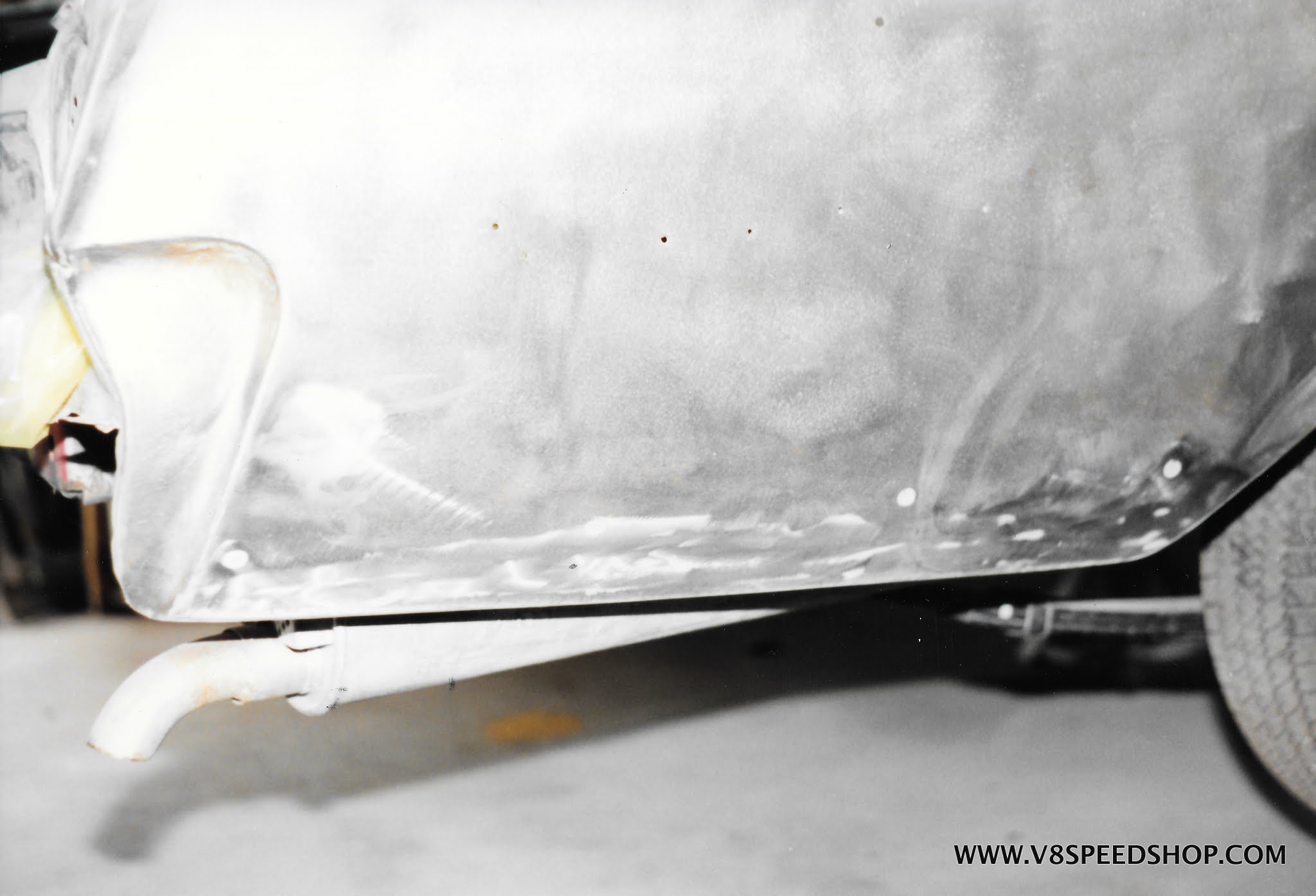 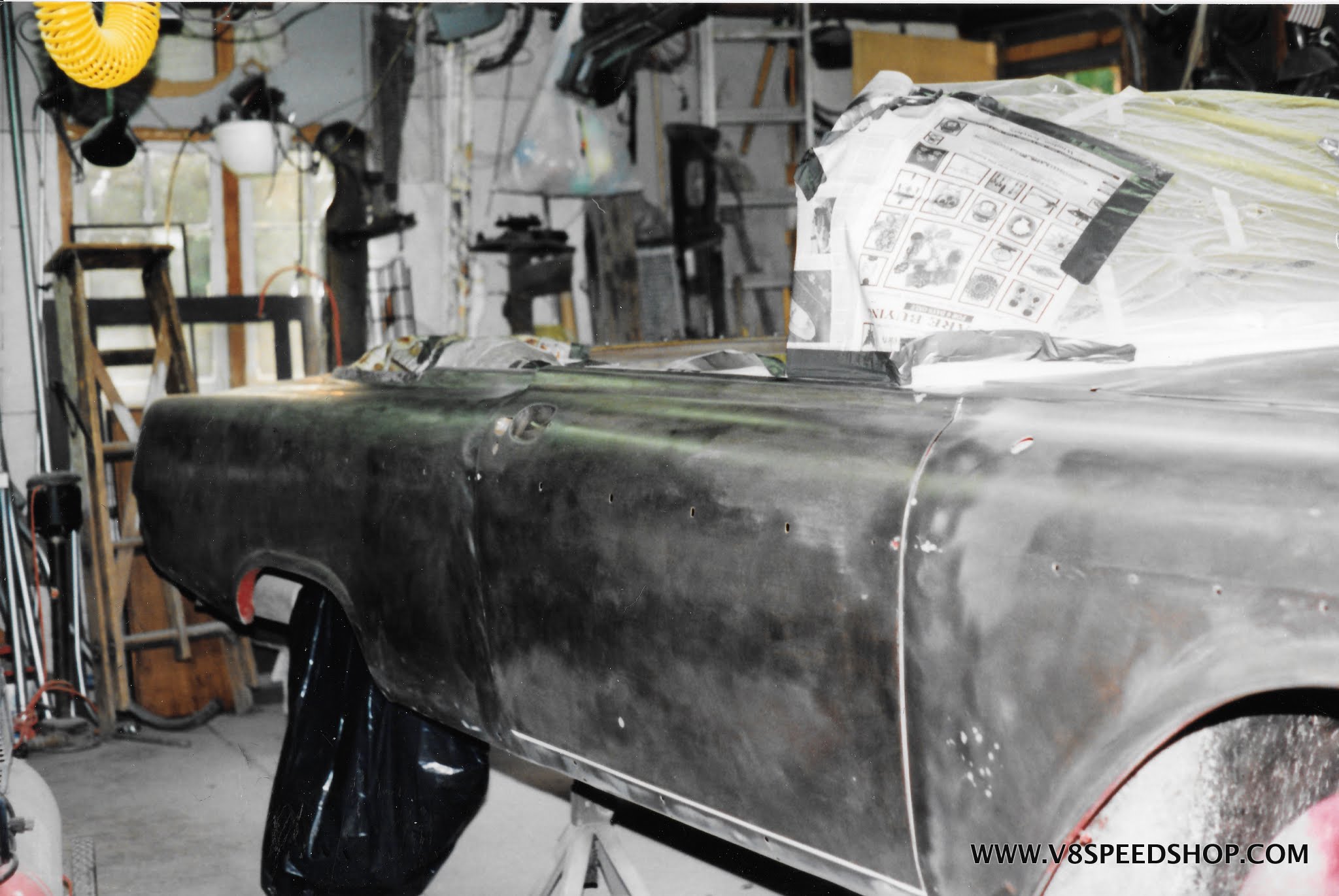 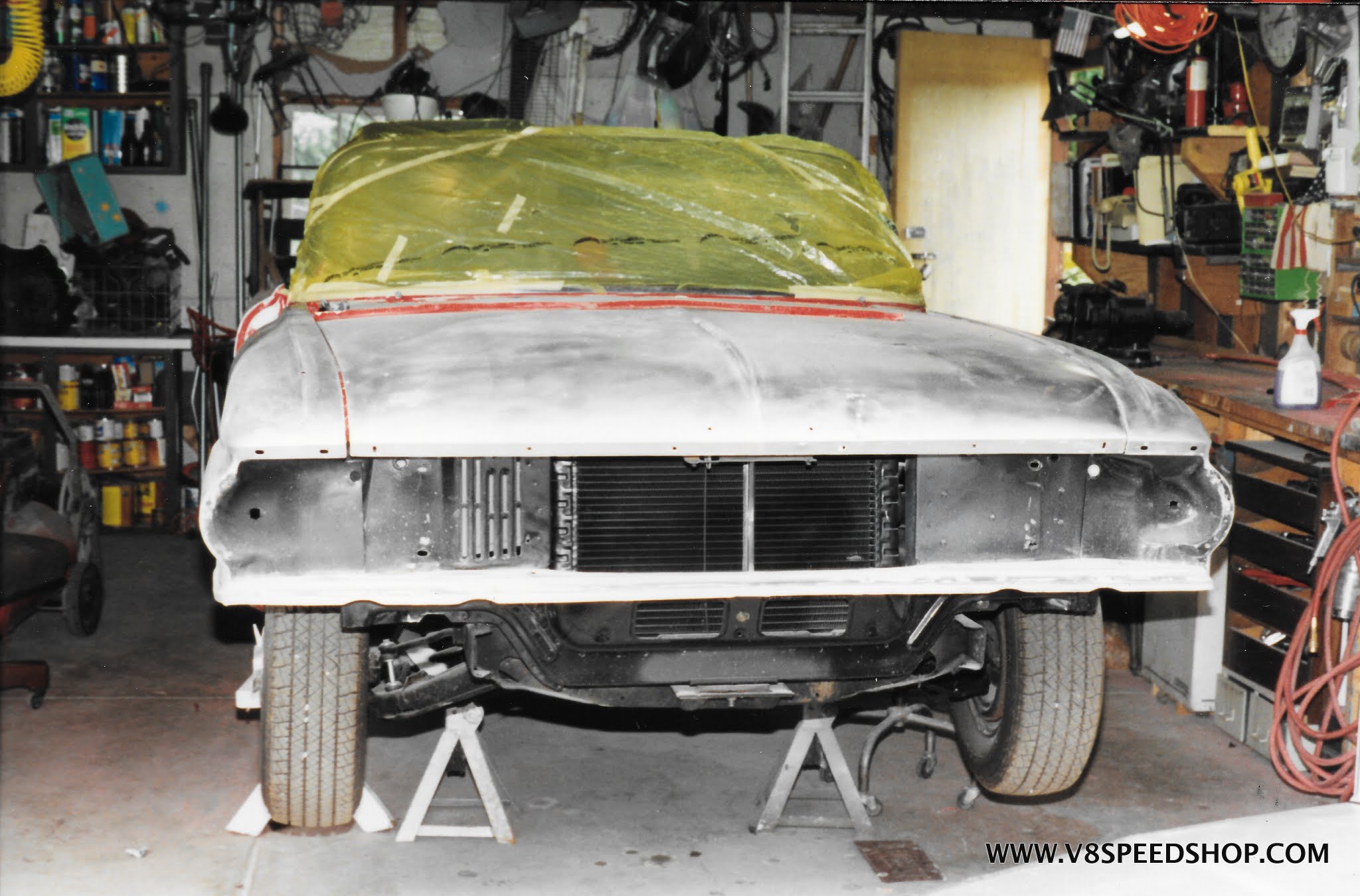 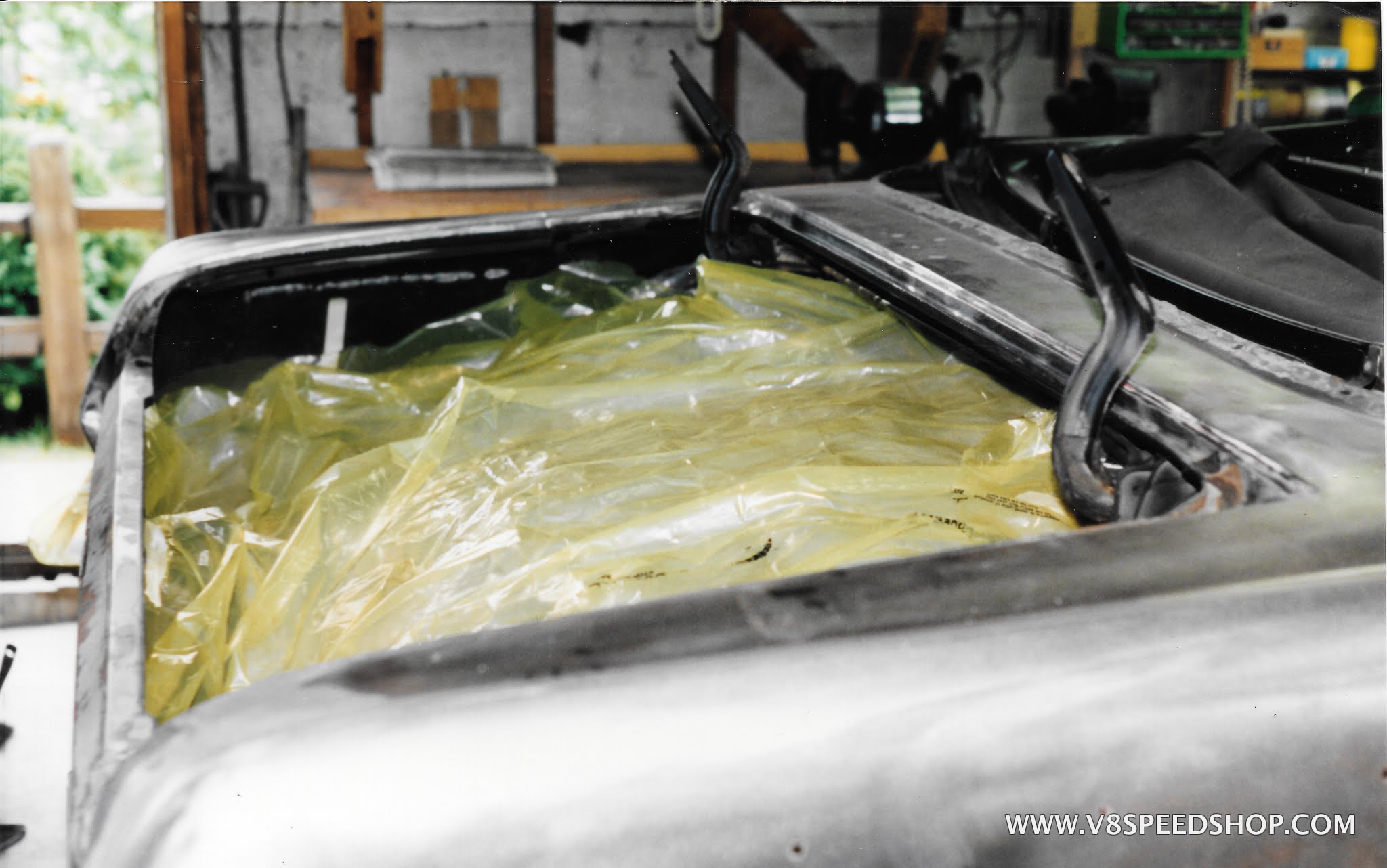 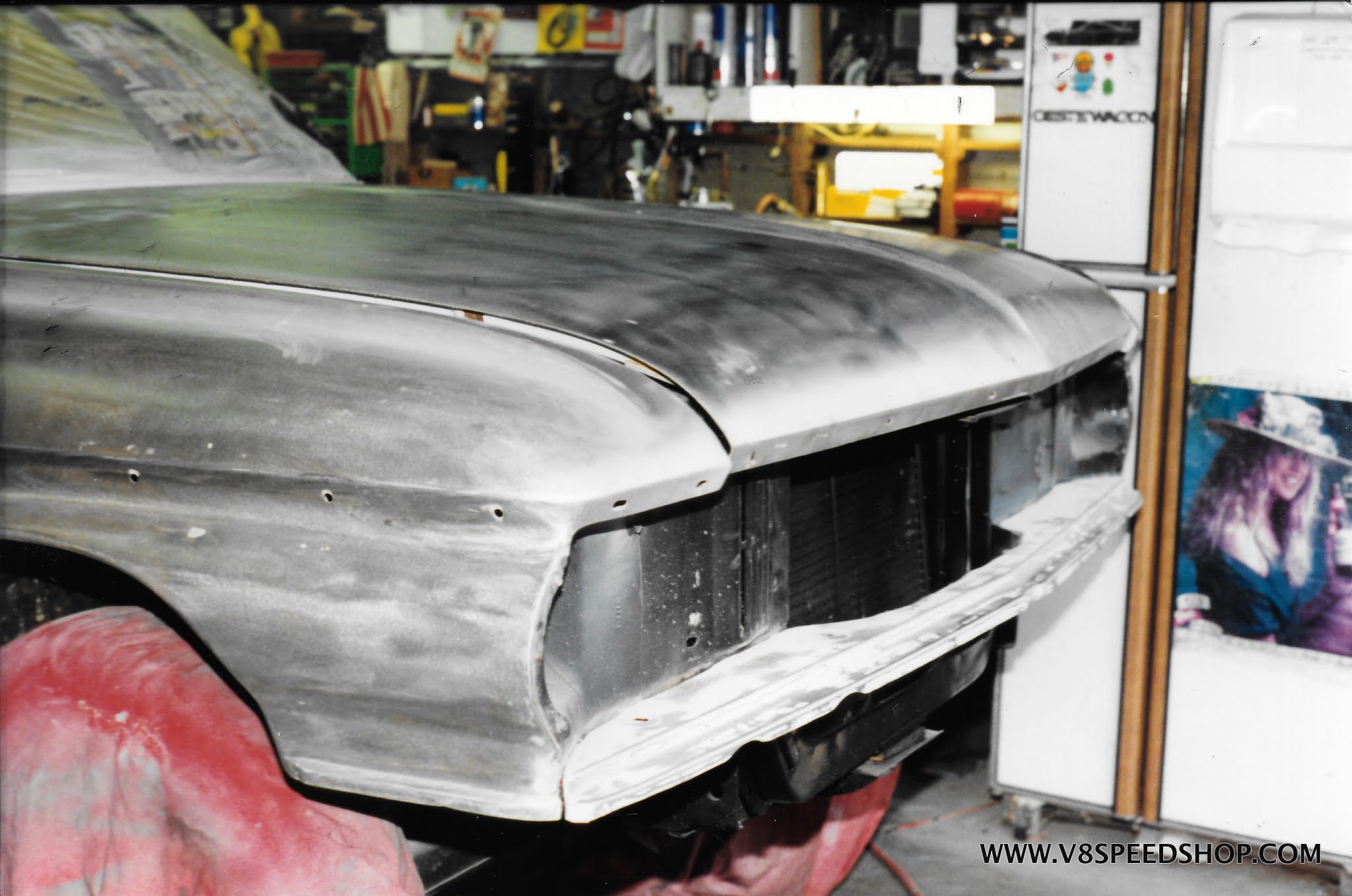 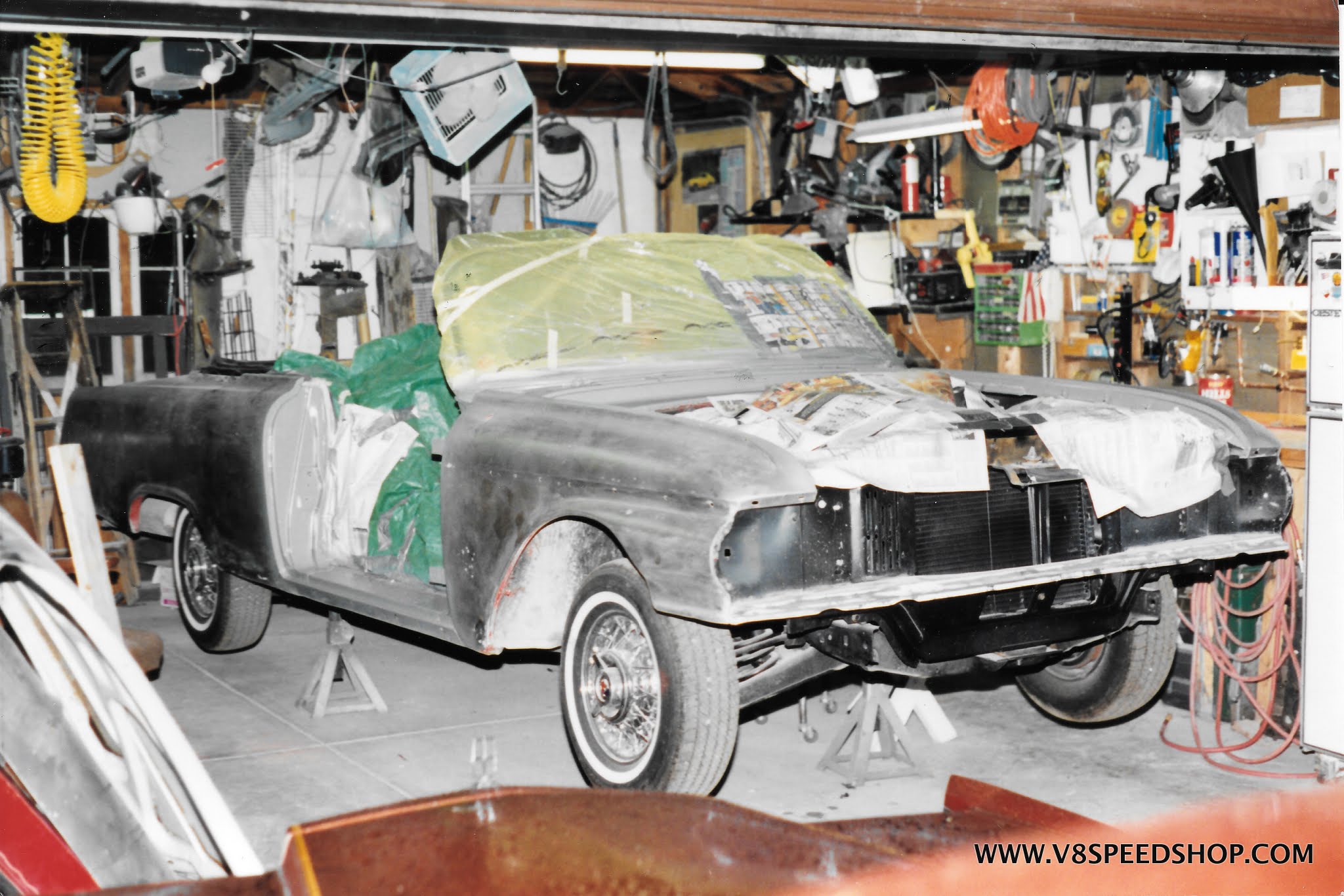 The body had a few dings and dents, but no major rust. 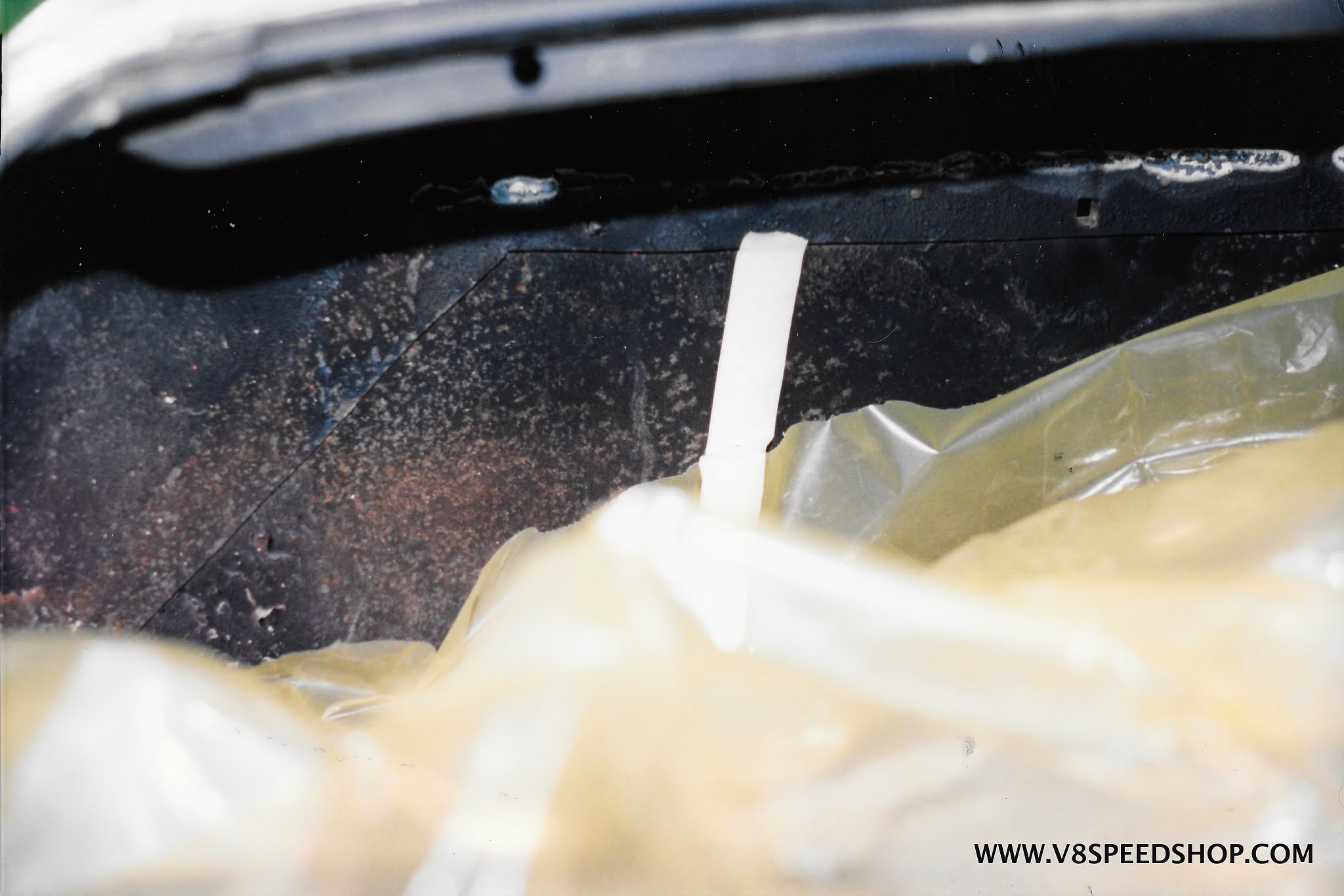 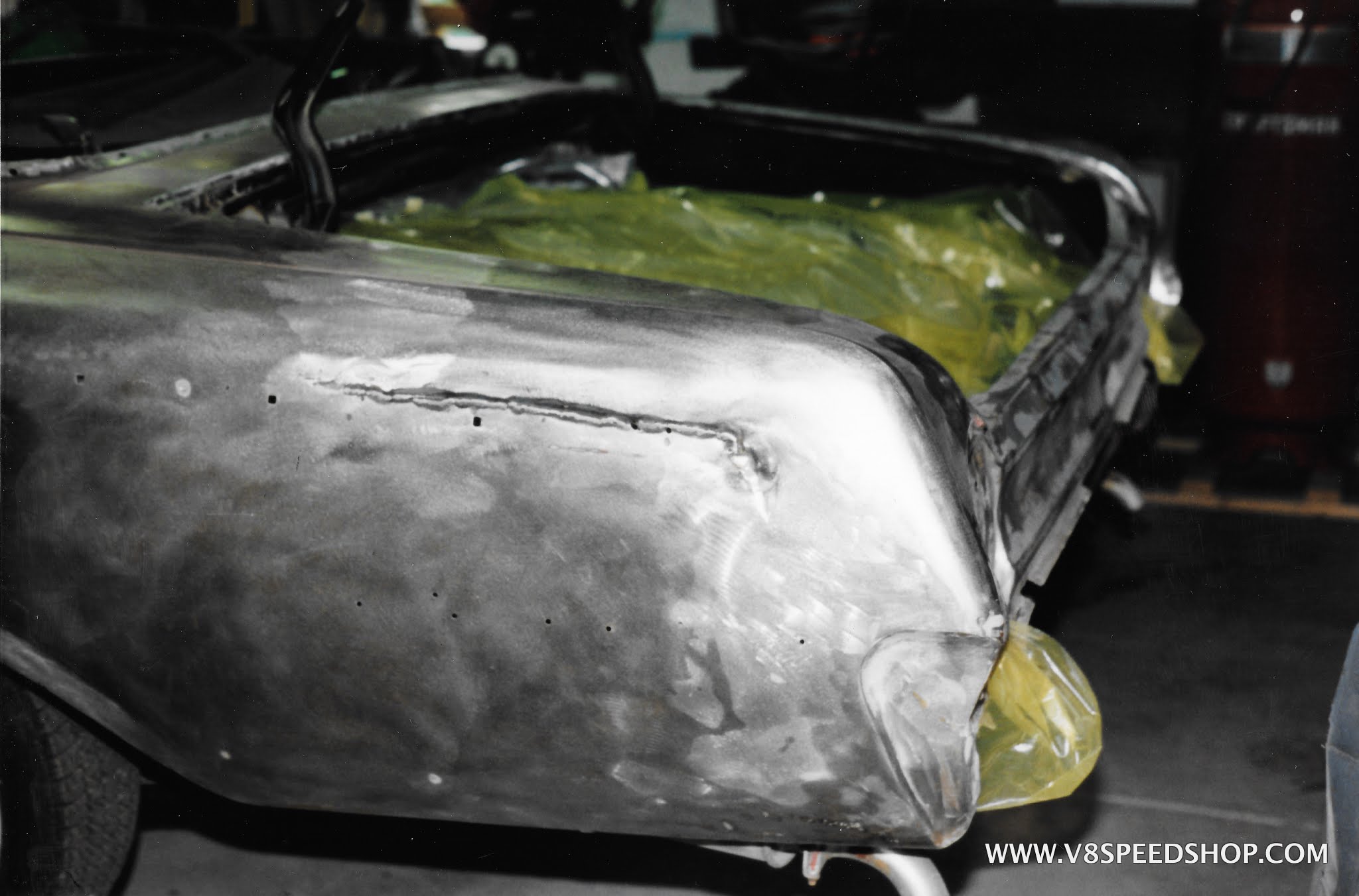 The only area that was questionable was the driver rear tail light and trunk lid fit.    Why the heck was the light nearly an inch forward?  Well, it turns out that the Galaxie was damaged in an impact at some point, where the driver’s side quarter panel and tail light were smashed.    Someone brazed in a repair panel at some point, but they didn’t get the alignment right, and the tail light pocket was in the wrong place.   This would have to come out. 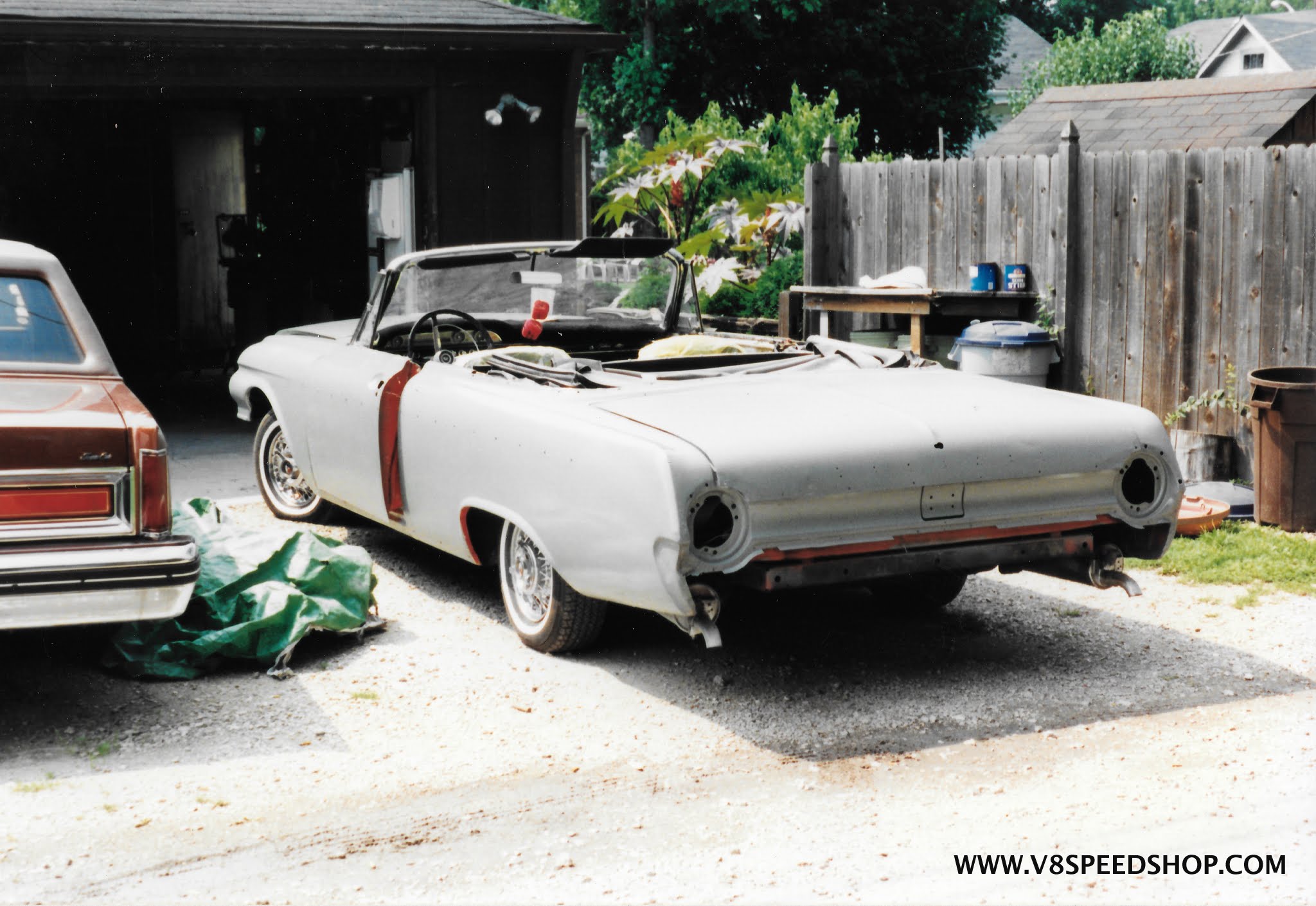 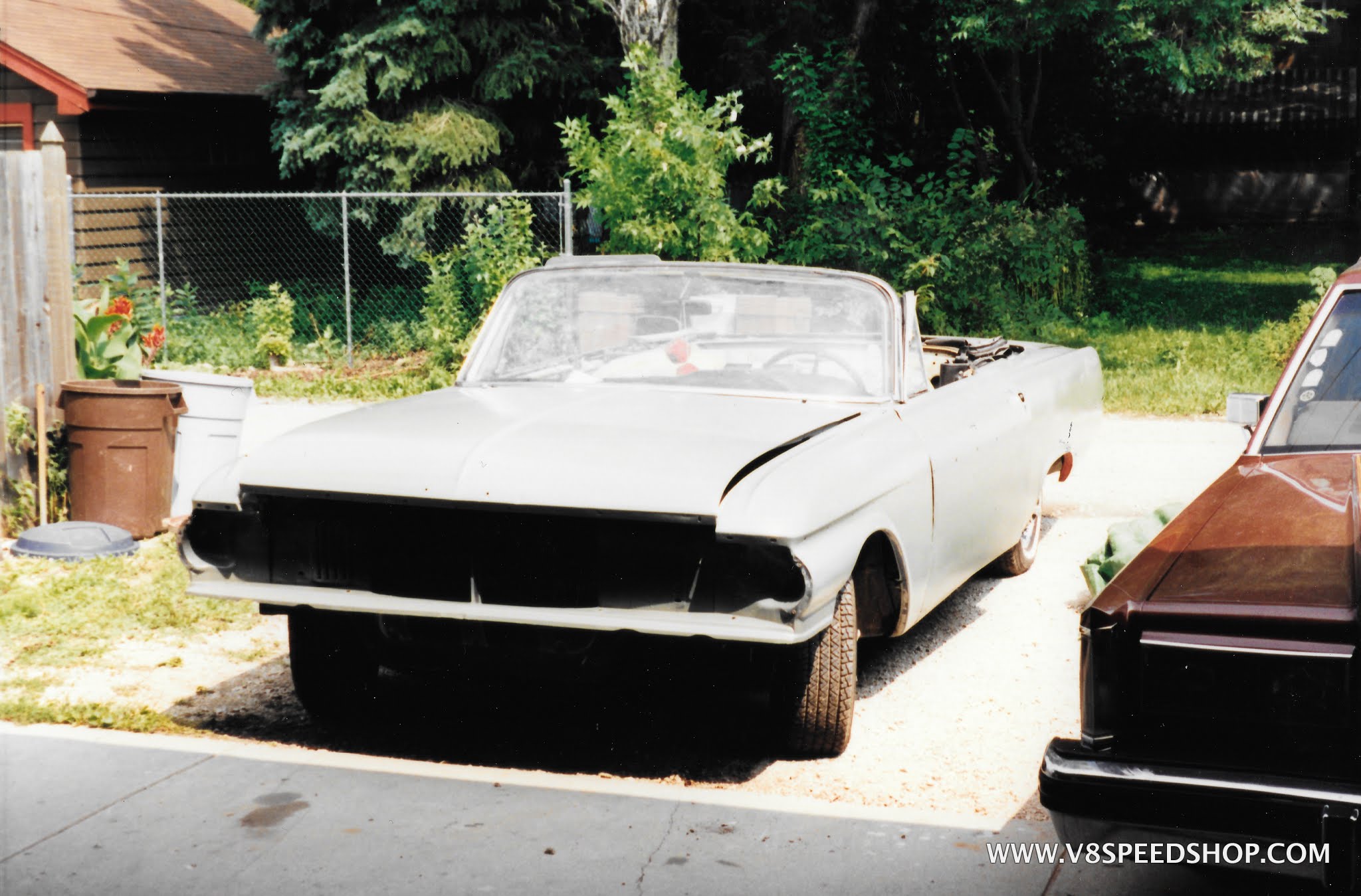 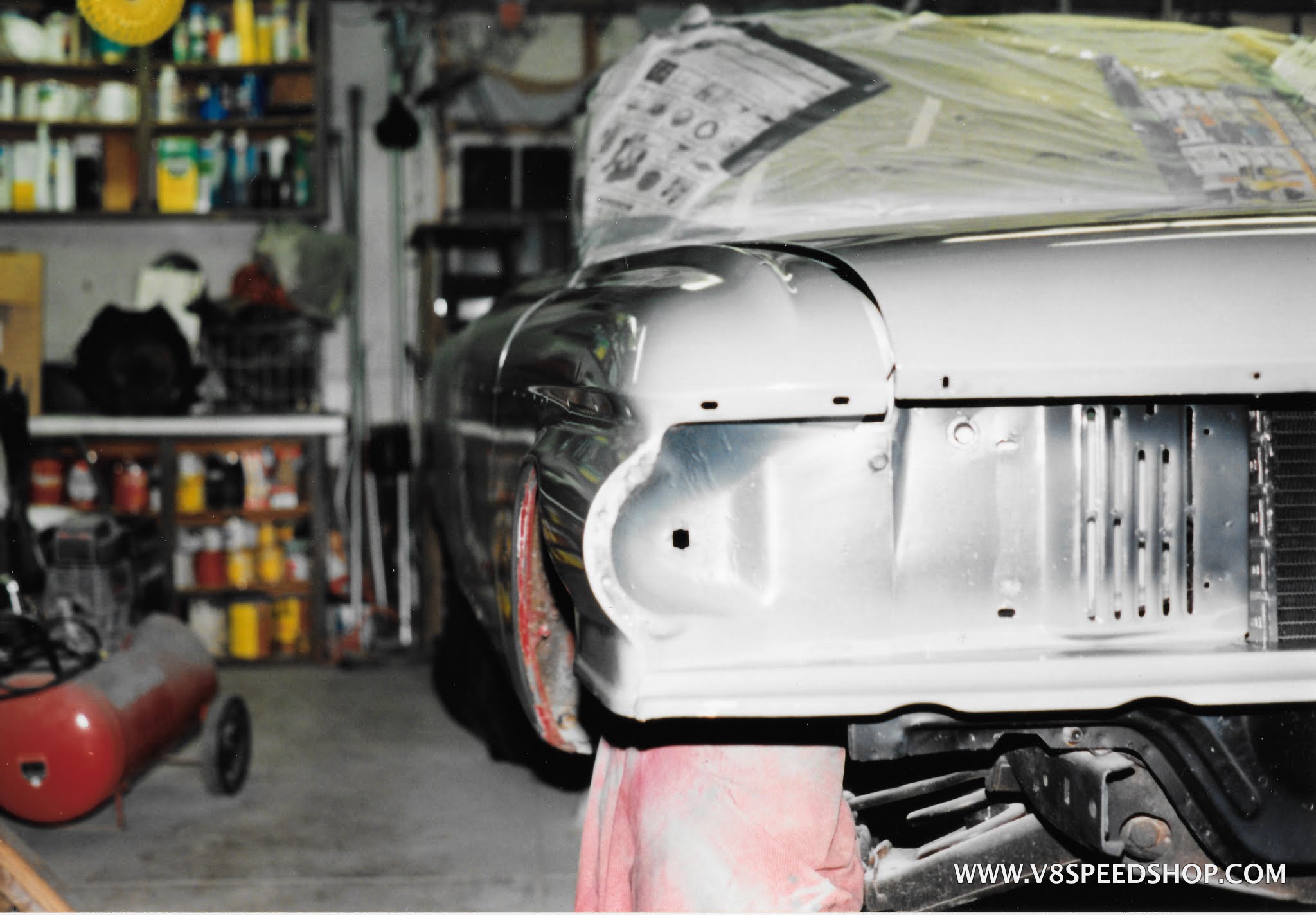 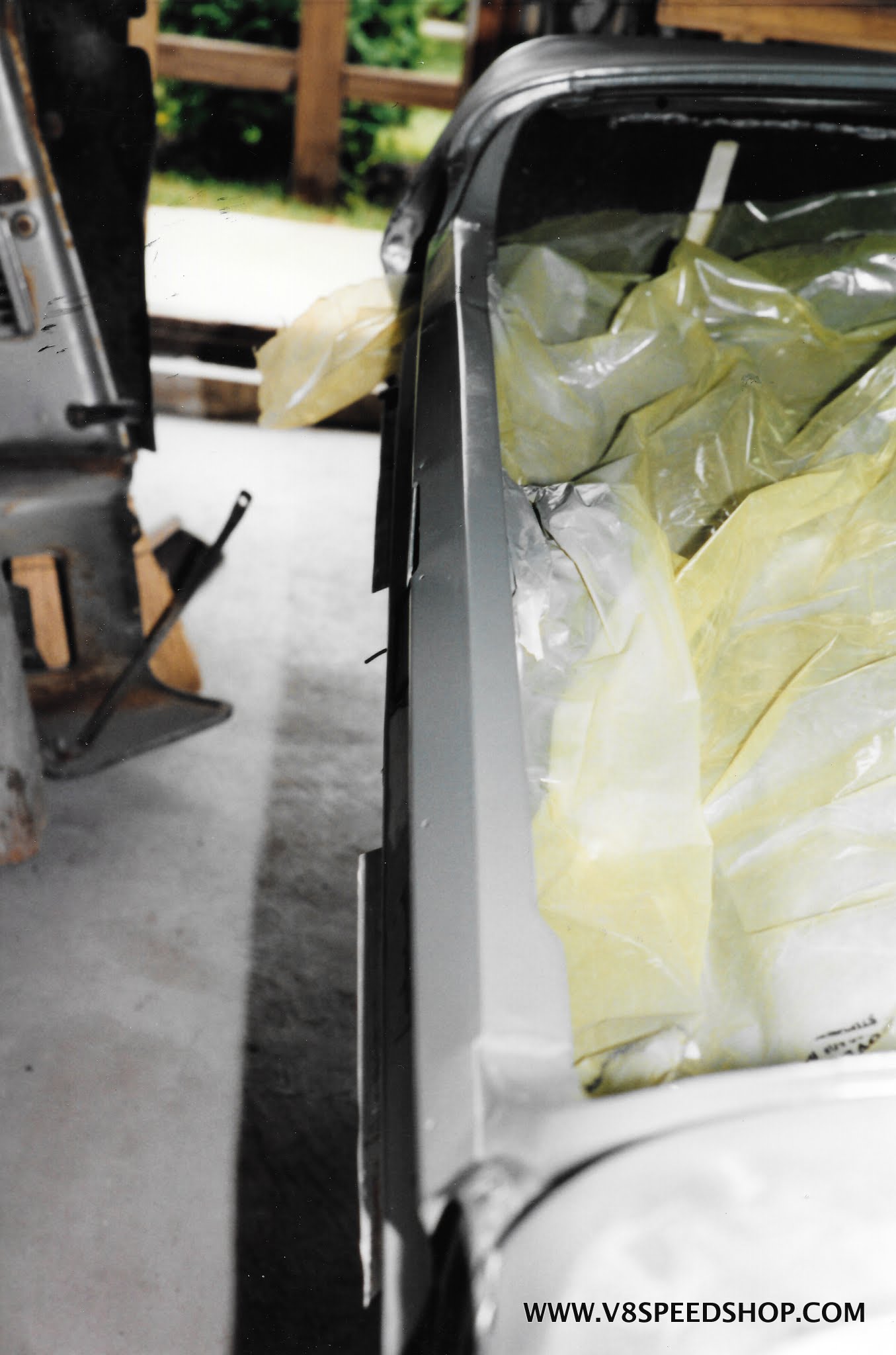 Once stripped, I sprayed the car with some PPG DP40 green epoxy primer to protect the bare steel.    The car got stored for the winter of 1995 as we gathered parts and materials to continue.

In 1996, we obtained a quarter panel section from Desert Valley Auto Parts, and I began the process of installing it.    At this point, we brought the car to my buddy Jim to have him finish the quarter repair, bodywork, and to repaint the car in 1997 Porsche Guards Red PPG 2-stage Urethane.  I landed a job with Hot Rod Magazine, and had to move to LA, so I was unable to finish the job.  Jim did all the metal and bodywork, and  got it into color and buffed by September or so of 1997.   I don’t have any photos of the car up until it was painted, but that paint is still on the car as I write this in 2022!