While the paint department was doing their thing, the mechanical side of the shop turned their attention to the 428 V8 that powers the 7-Litre. The 7-Litre was a special car, used to launch the 428 in the 1966 passenger car line. It was intended to be quiet and quick, and this one has served it’s purpose well. The factory rating was 345 HP and 463 lb. ft. of torque at 10.5:1 compression. The engine underwent a mechanical rebuild when it was removed from the car many years ago, but we wanted to check everything before putting it back in service. We’re glad we took the time. First off, we noticed that the new pistons were not all installed properly, with the forward-pointing arrow pointing rearward on at least one piston. 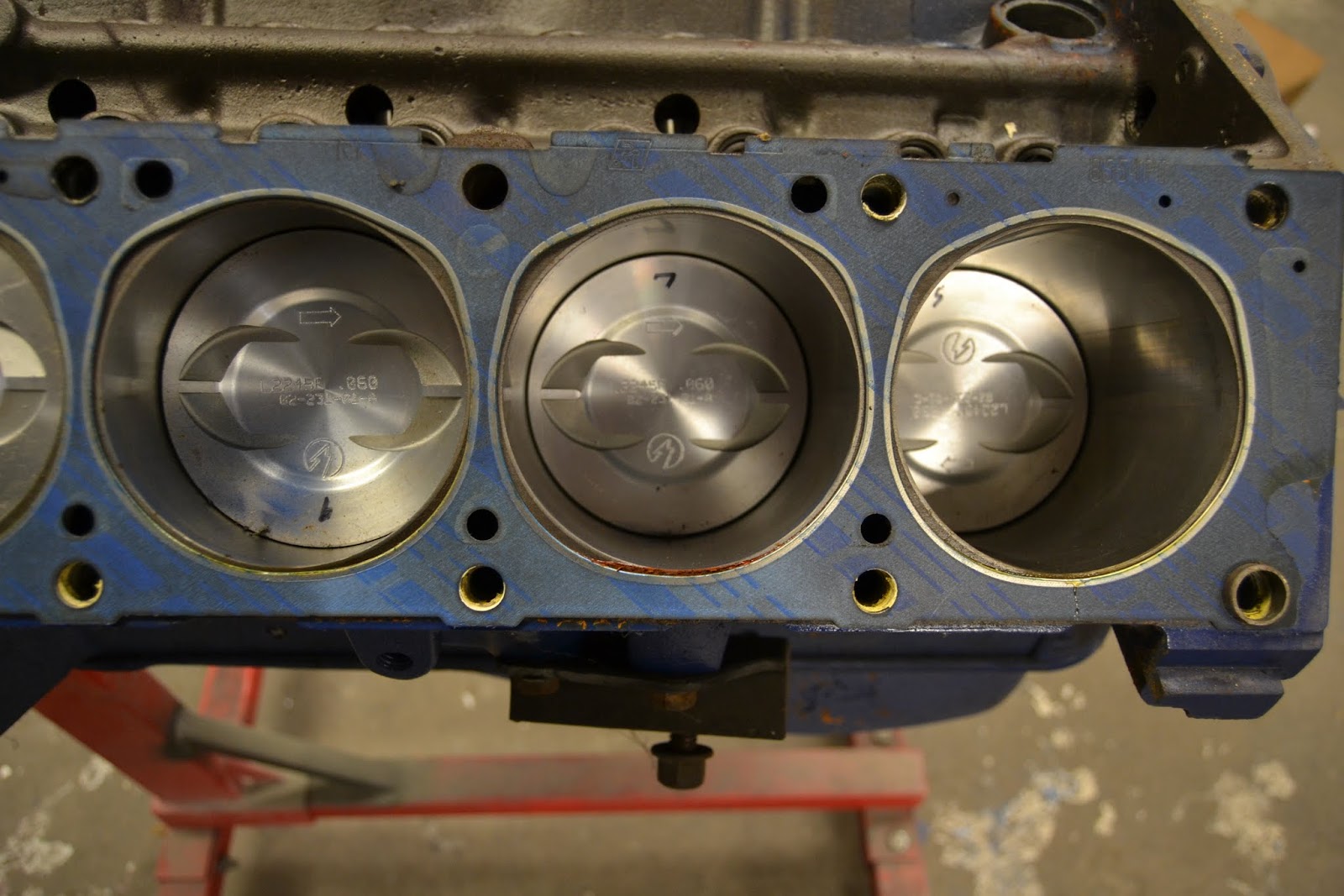 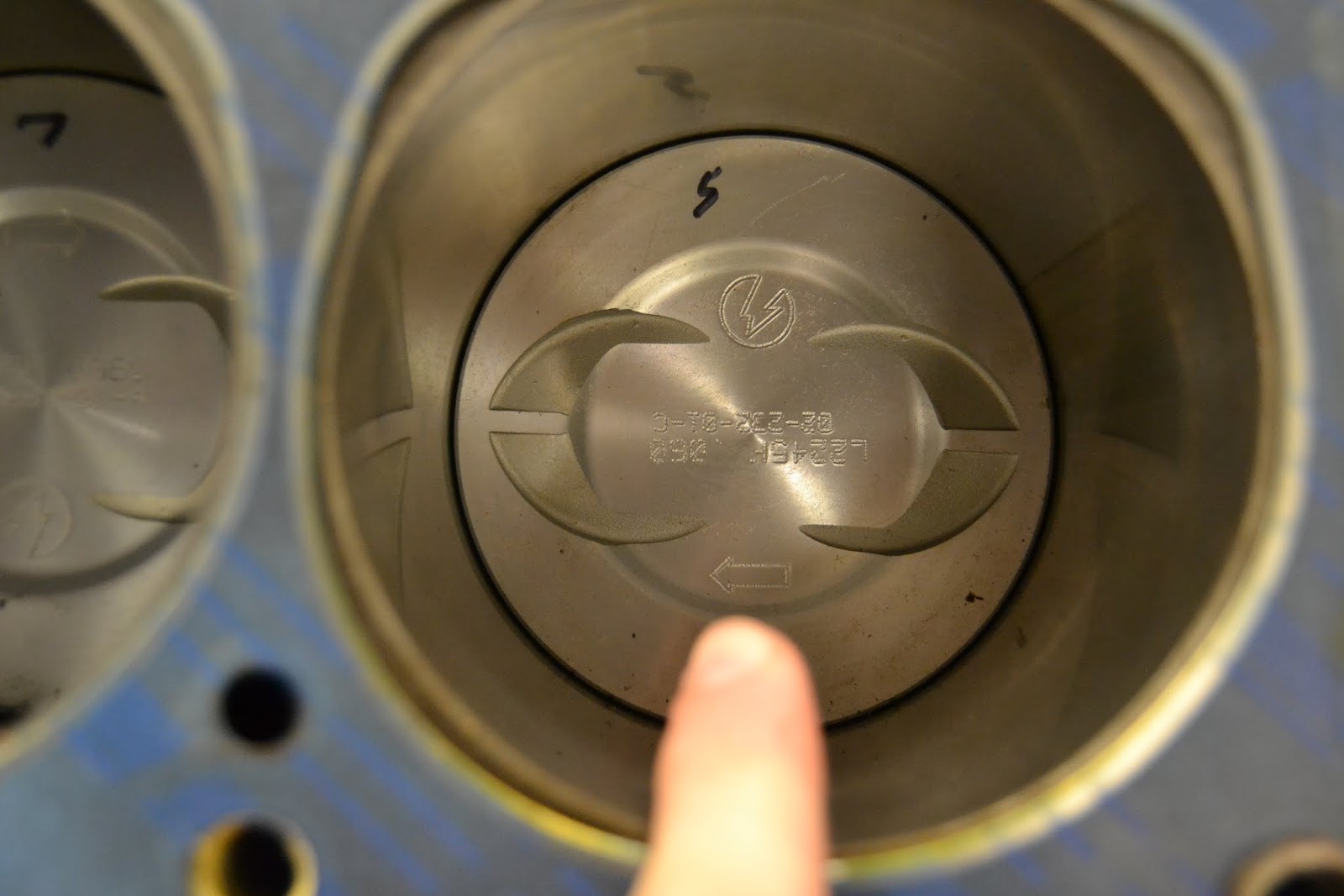 We also noted that the bore size was + .060” over, which is a big cut on any street engine. We’re not 100% sure why the block required a .060” cut, but here we are. We also noted some corrosion in the bores and passages from being stored improperly. 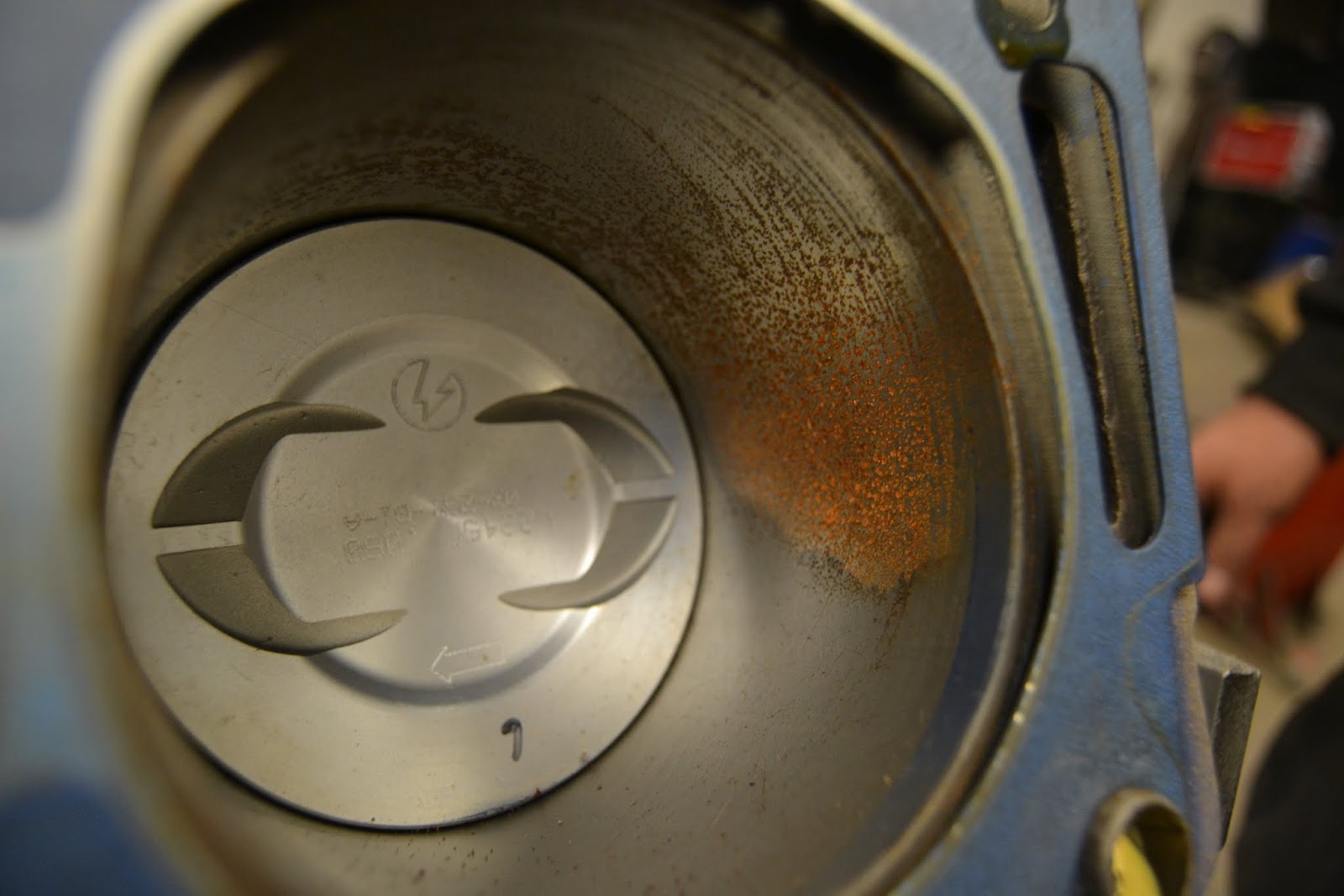 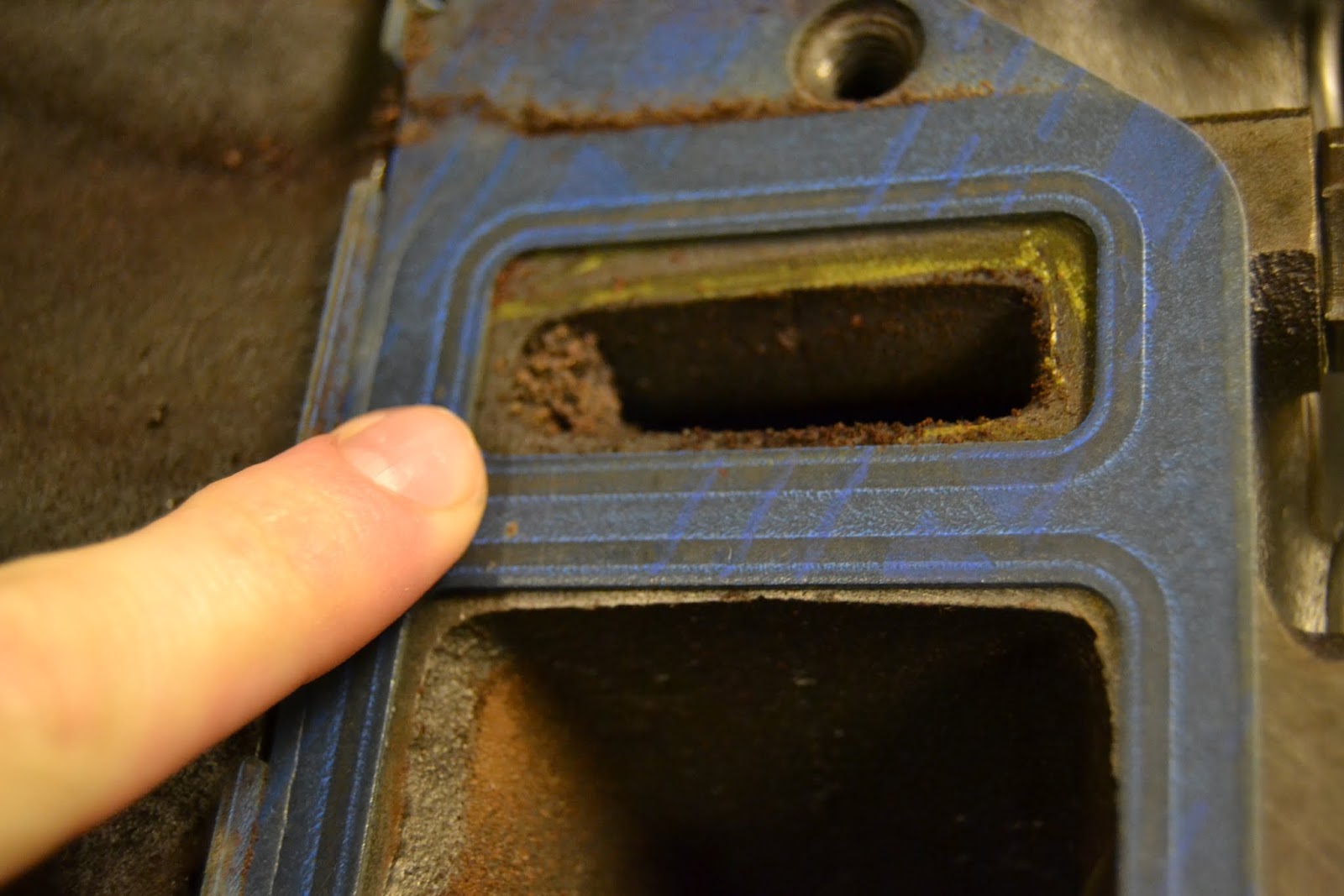