There are numerous connections off the back of the LT4 that require some space to access and make them look clean, as well as for serviceability. 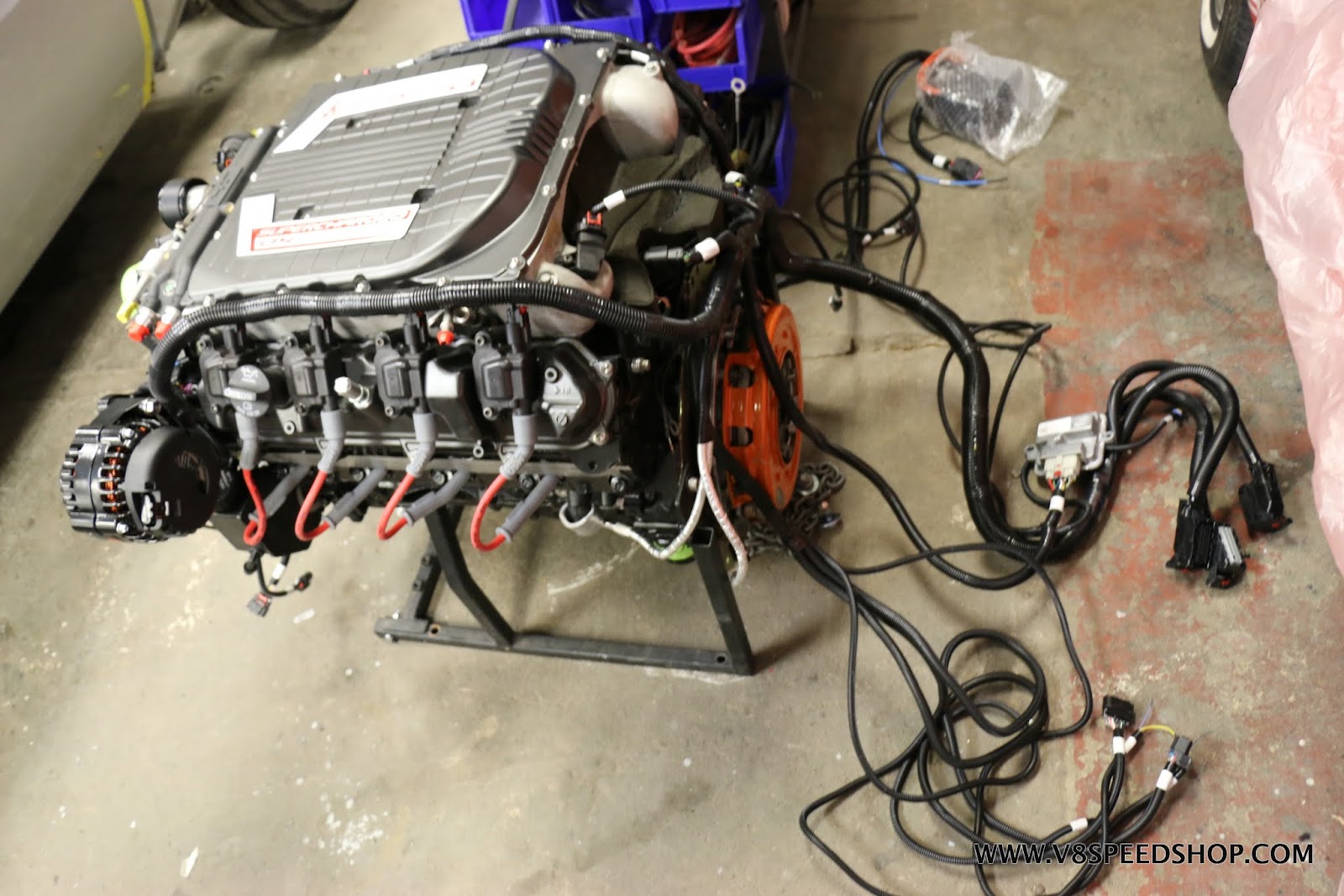 The V8 crew lowered the engine into the bay just to get a visual of how things were going to fit. This car had a smoothed firewall, and A/C bulkhead fittings down on the passenger side. The motor mounts had not yet been chosen, this was just to get a bird’s eye view of any potential challenges. 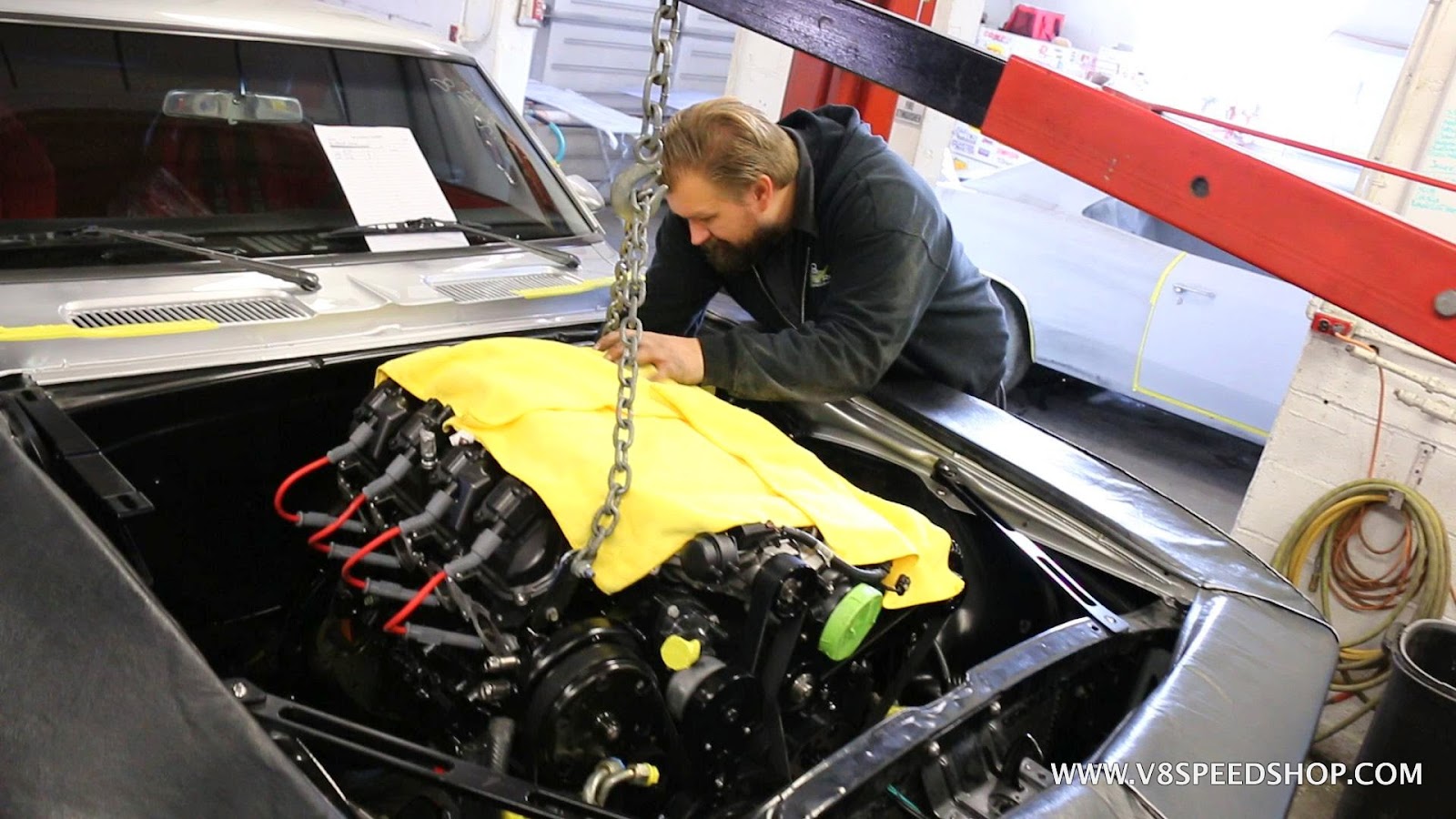 It was obvious that there would be some clearance issues on the back side of engine as the assembly moved closer to the transmission. 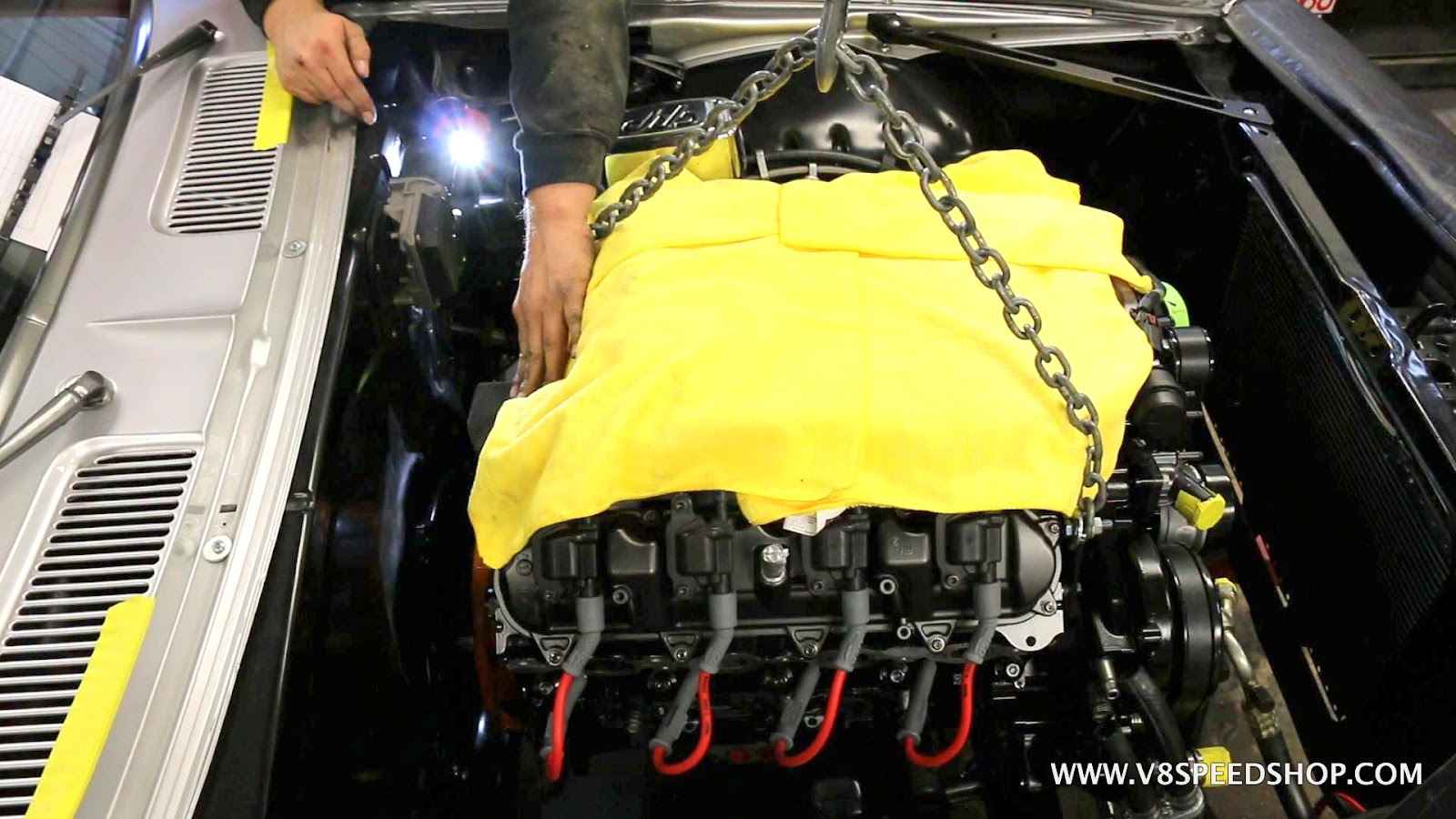 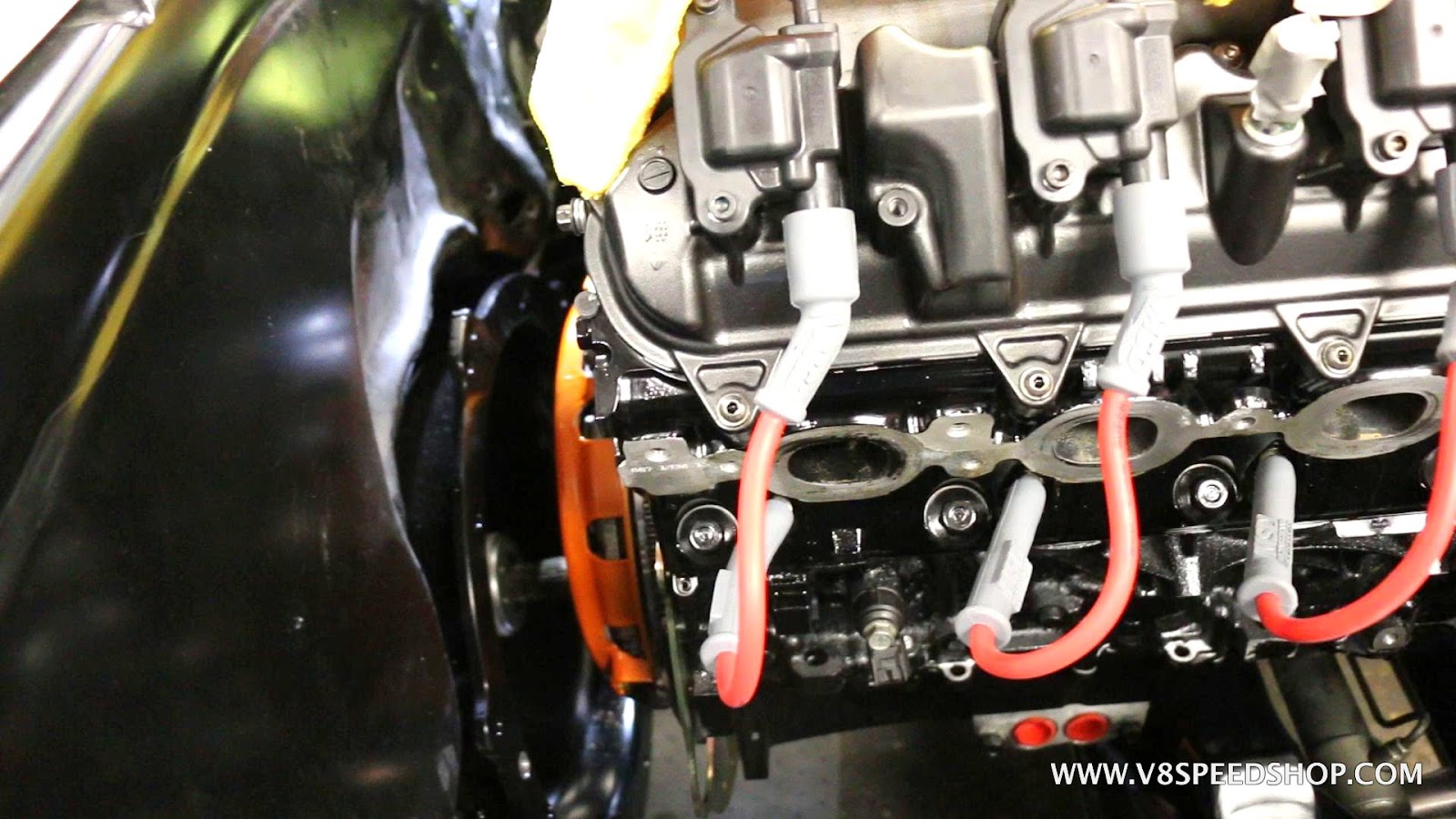 The engine was lifted out, and the firewall was examined. At this point, the team noticed that the existing firewall was showing some cracking bodywork and would require a fix and repaint regardless. 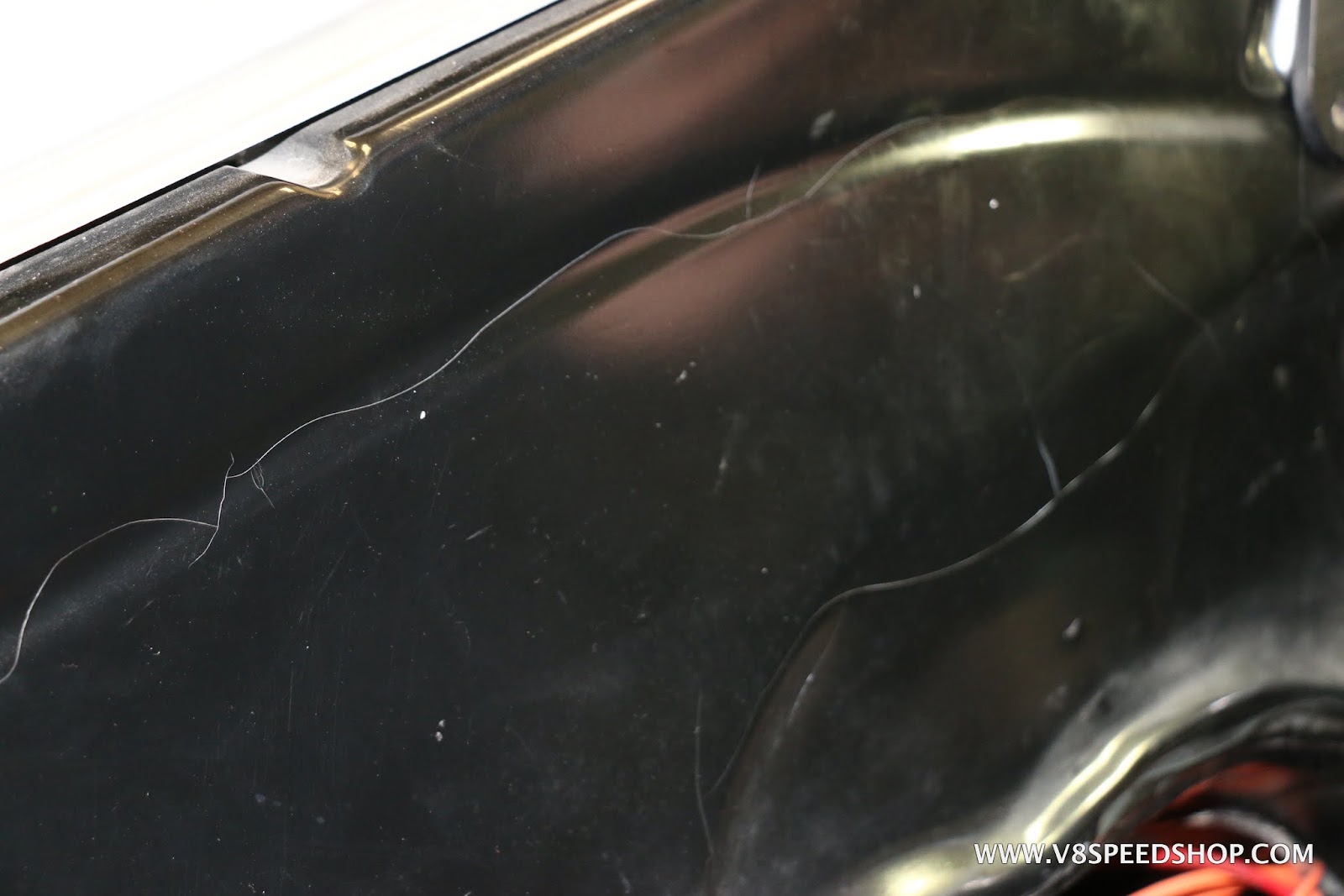 The decision was made to modify the firewall to better accommodate the new engine and fix the surface issues. In order to do this, the front sheetmetal was to be removed.