The Camaro was moved to the metal fabrication shop where the new firewall would be created. 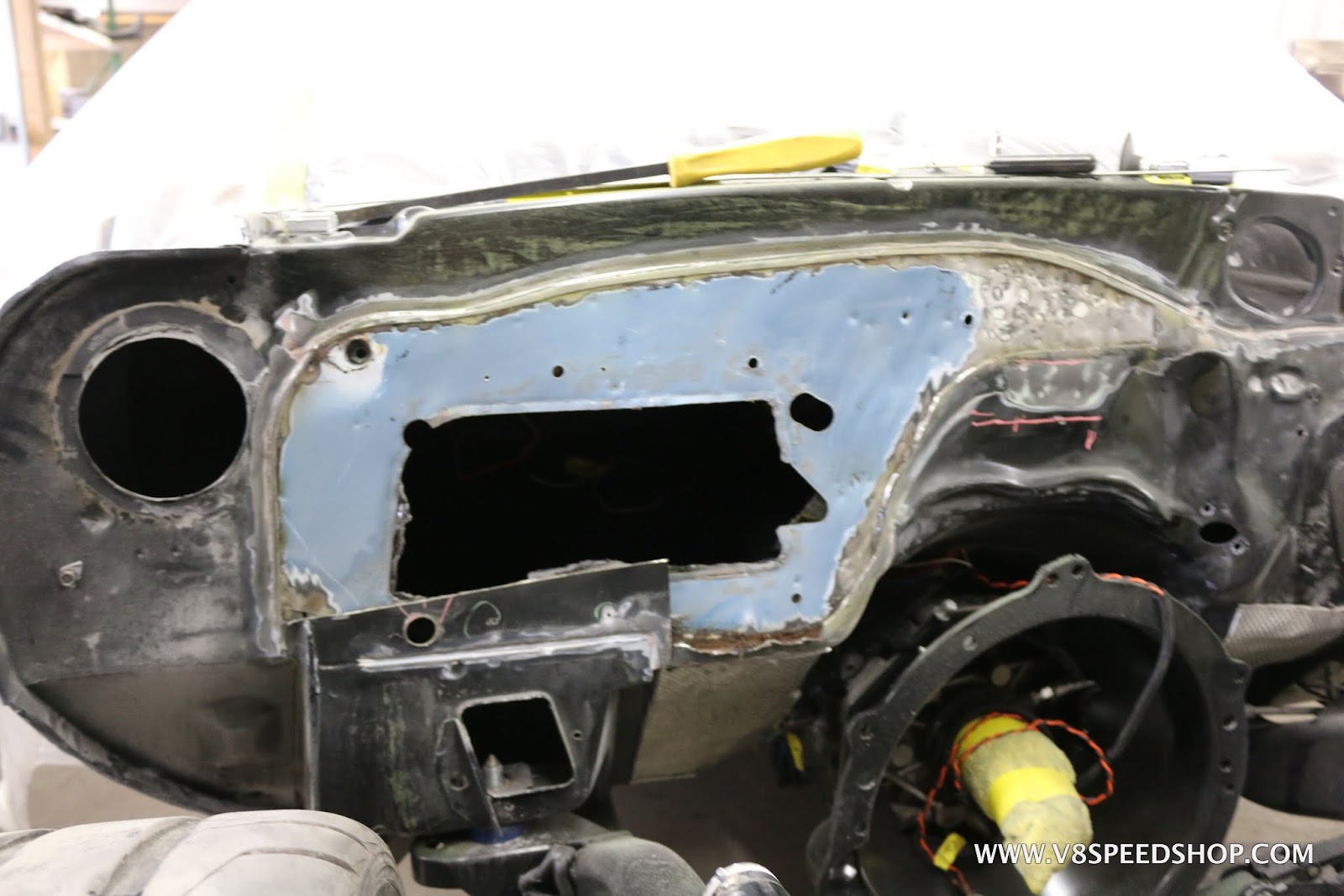 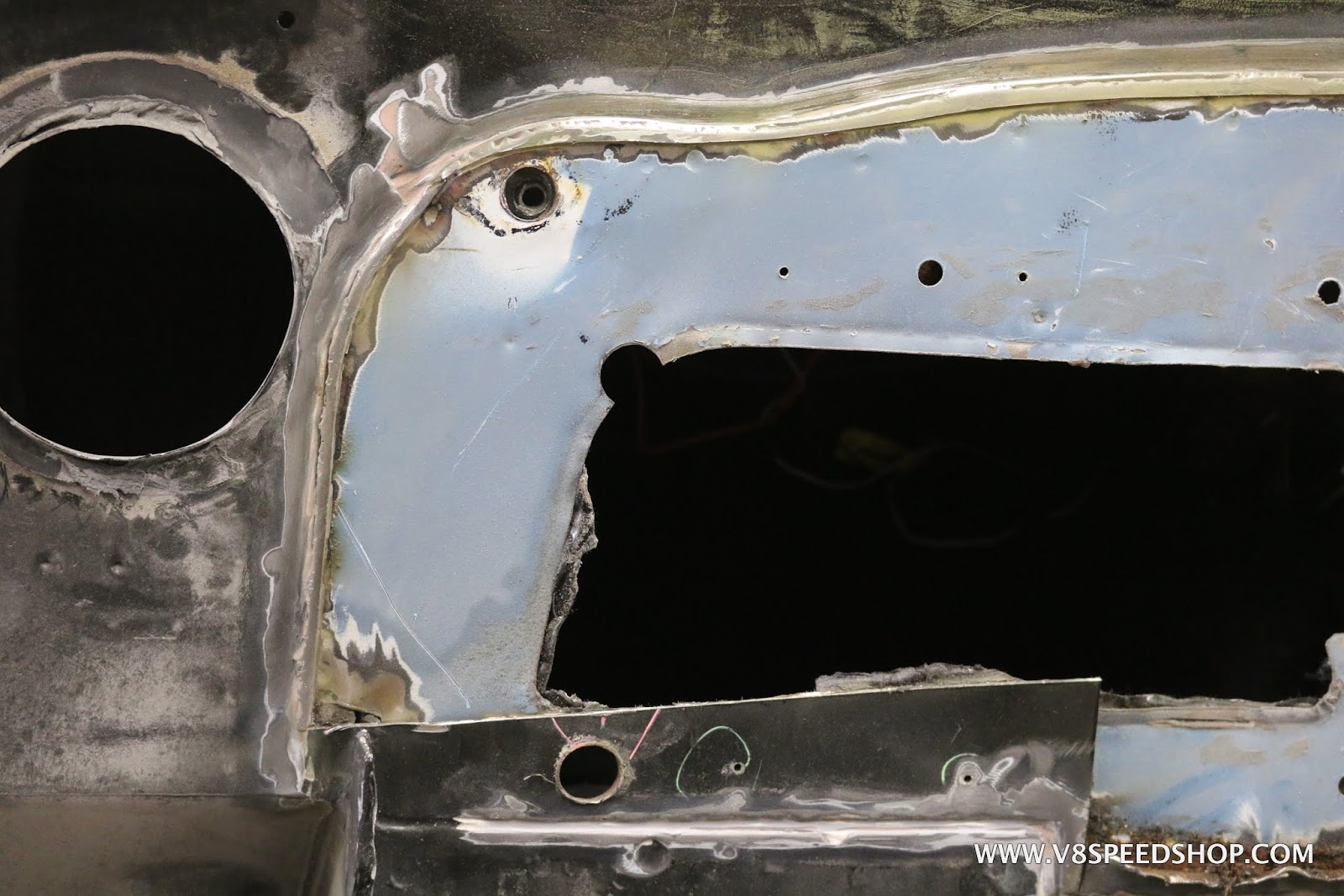 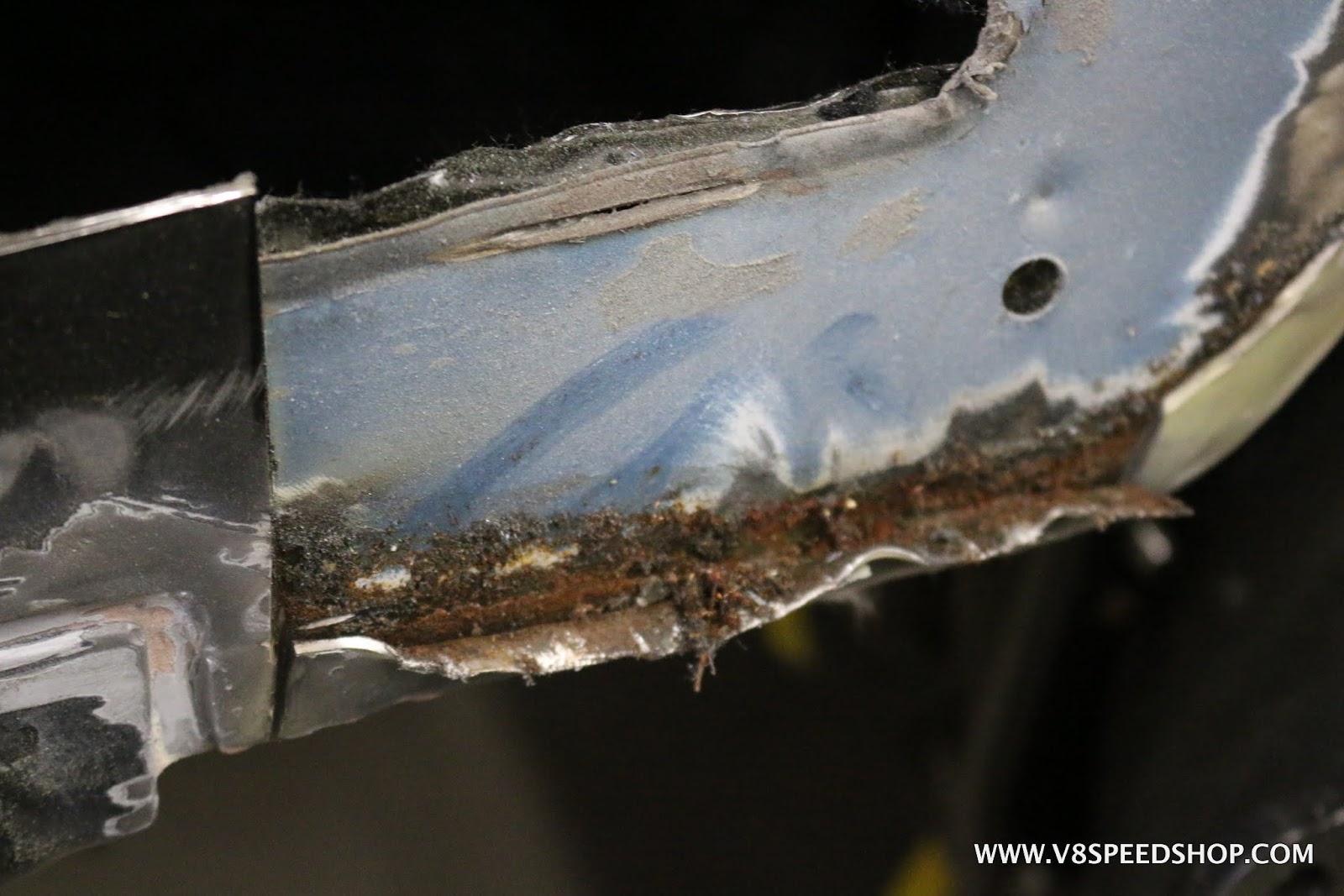 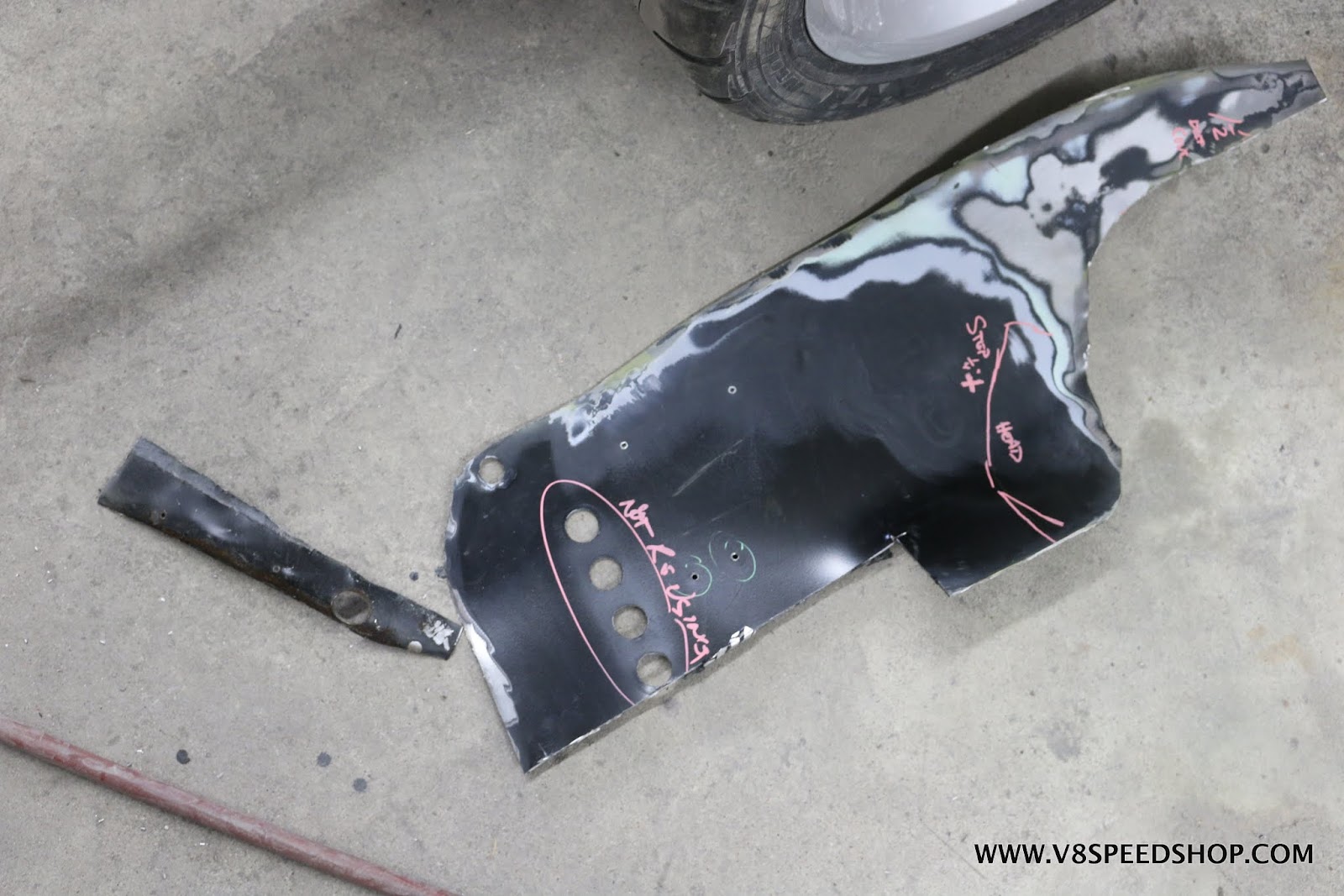 The opening was ground smooth of rust and corrosion and a plan was made for the new firewall. 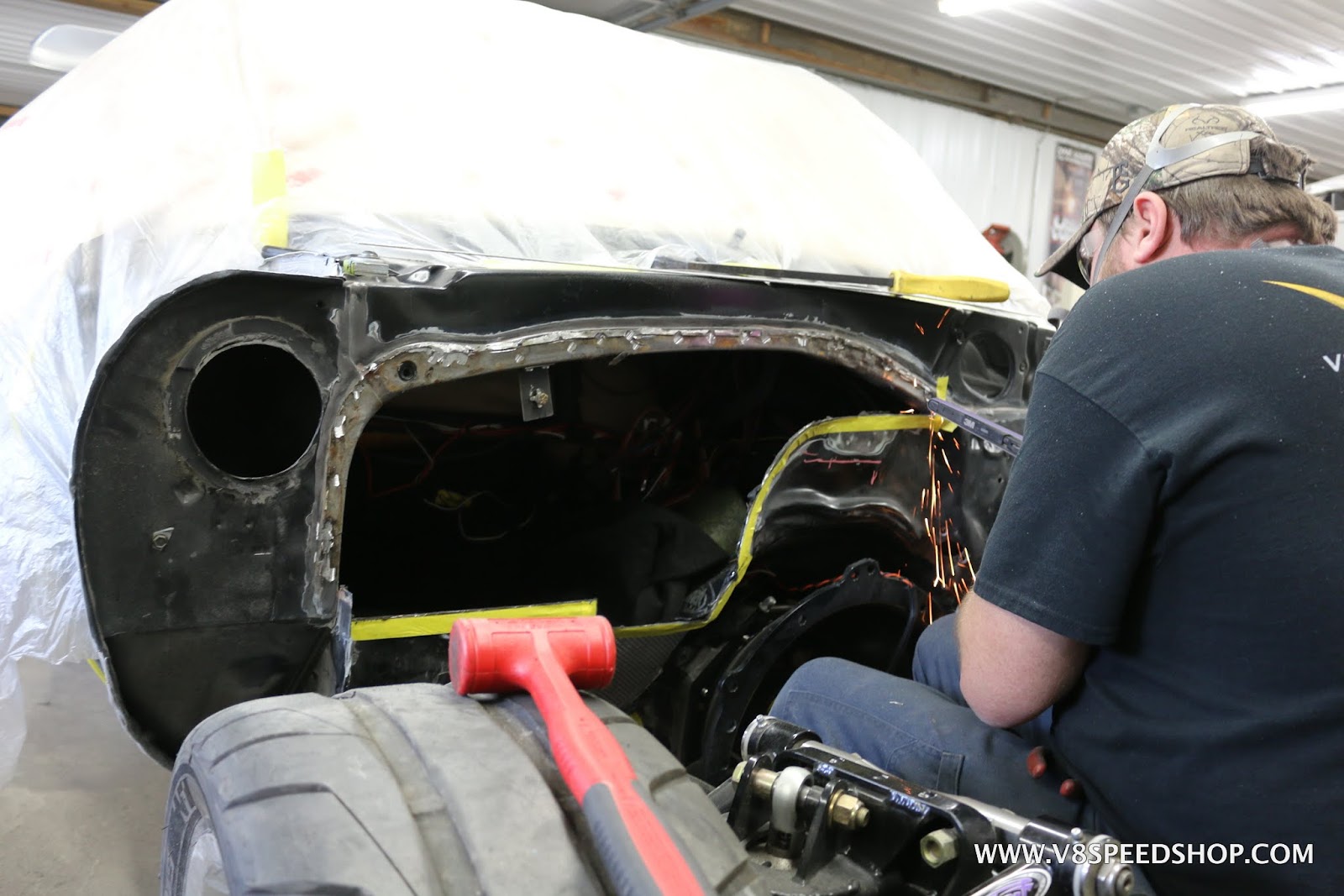 Fabricator John felt a large piece would allow him to start over cleanly. 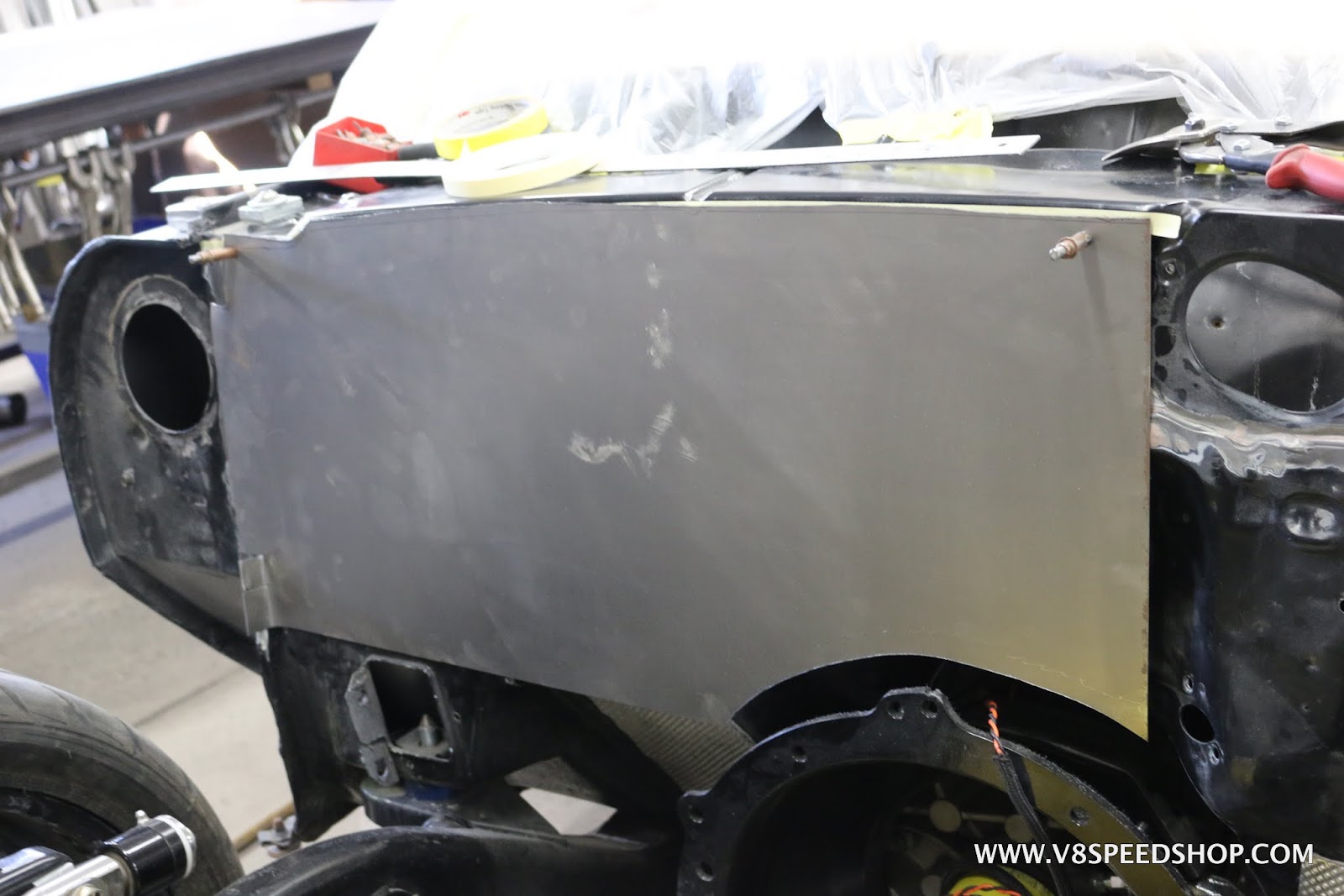