The owner drove this ‘69 for a while, but eventually decided it was time to dump the automatic transmission in favor of a manual. His hesitation was that he didn’t want to have to fight with a heavy clutch, but we teamed up with Modern Driveline to propose a hydraulic actuated clutch for an easier and smoother pedal effort. We then proposed a 5-speed manual Tremec TKO 600 with an overdrive gear for better highway manners than the TH400 automatic with its 3000 RPM stall speed and 3.73:1 rear gear. 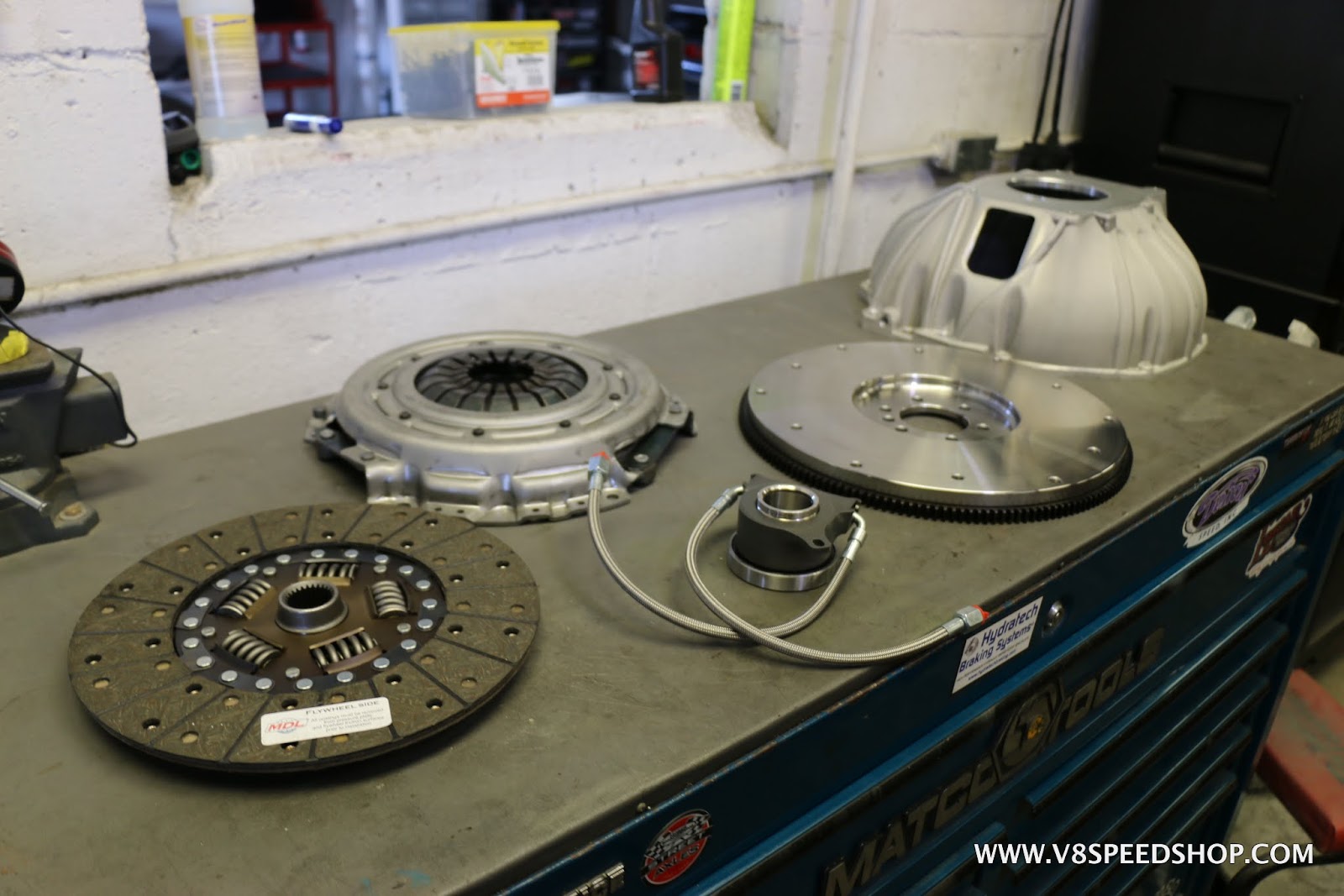 Tremec TKO 600 transmission with bellhousing installed awaiting test-fitting under the ‘69. 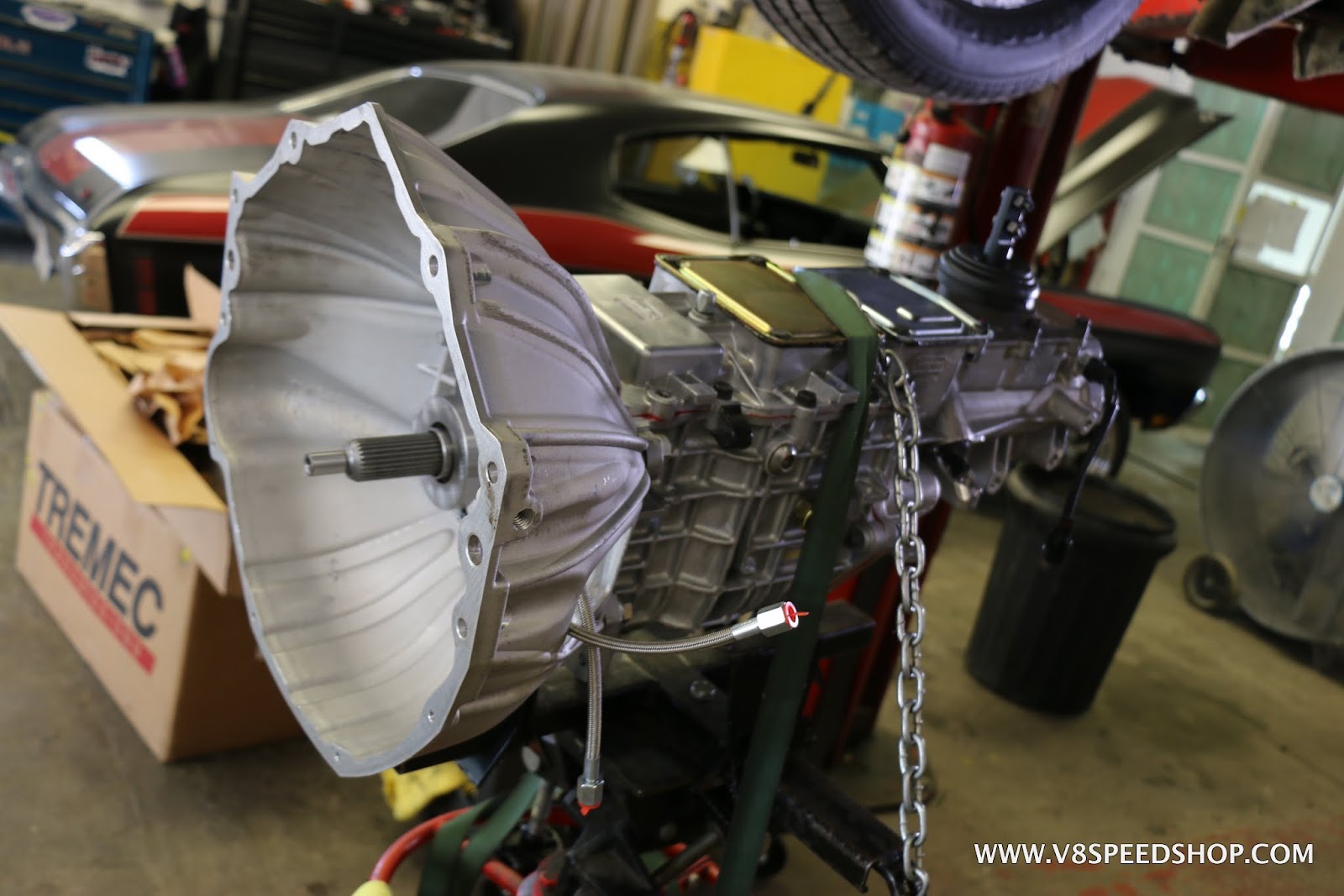 Initial fit showing the shifter position in the original tunnel. 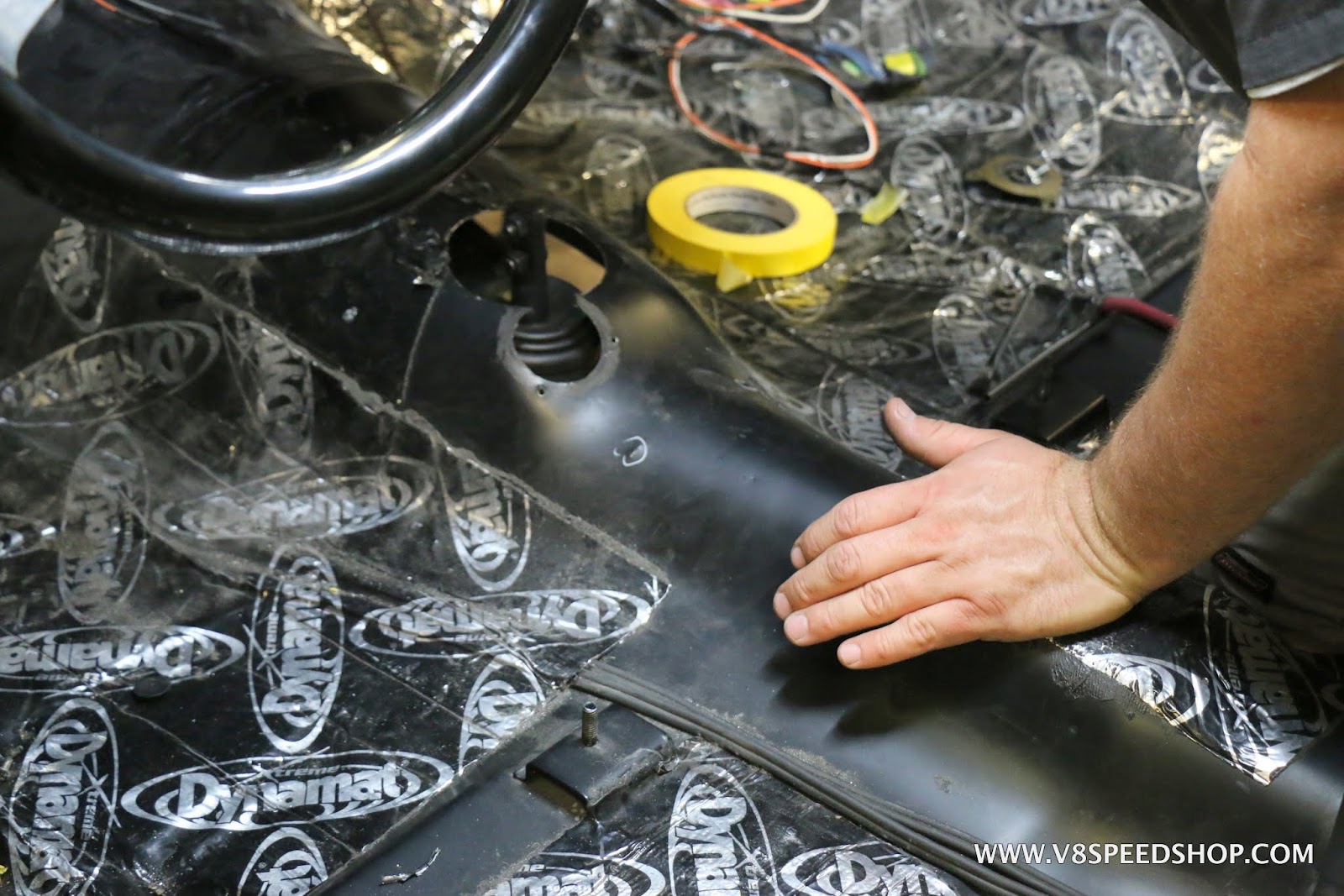 A bit of the tunnel will need to be replaced to bring the transmission up high enough to achieve proper driveline angles. 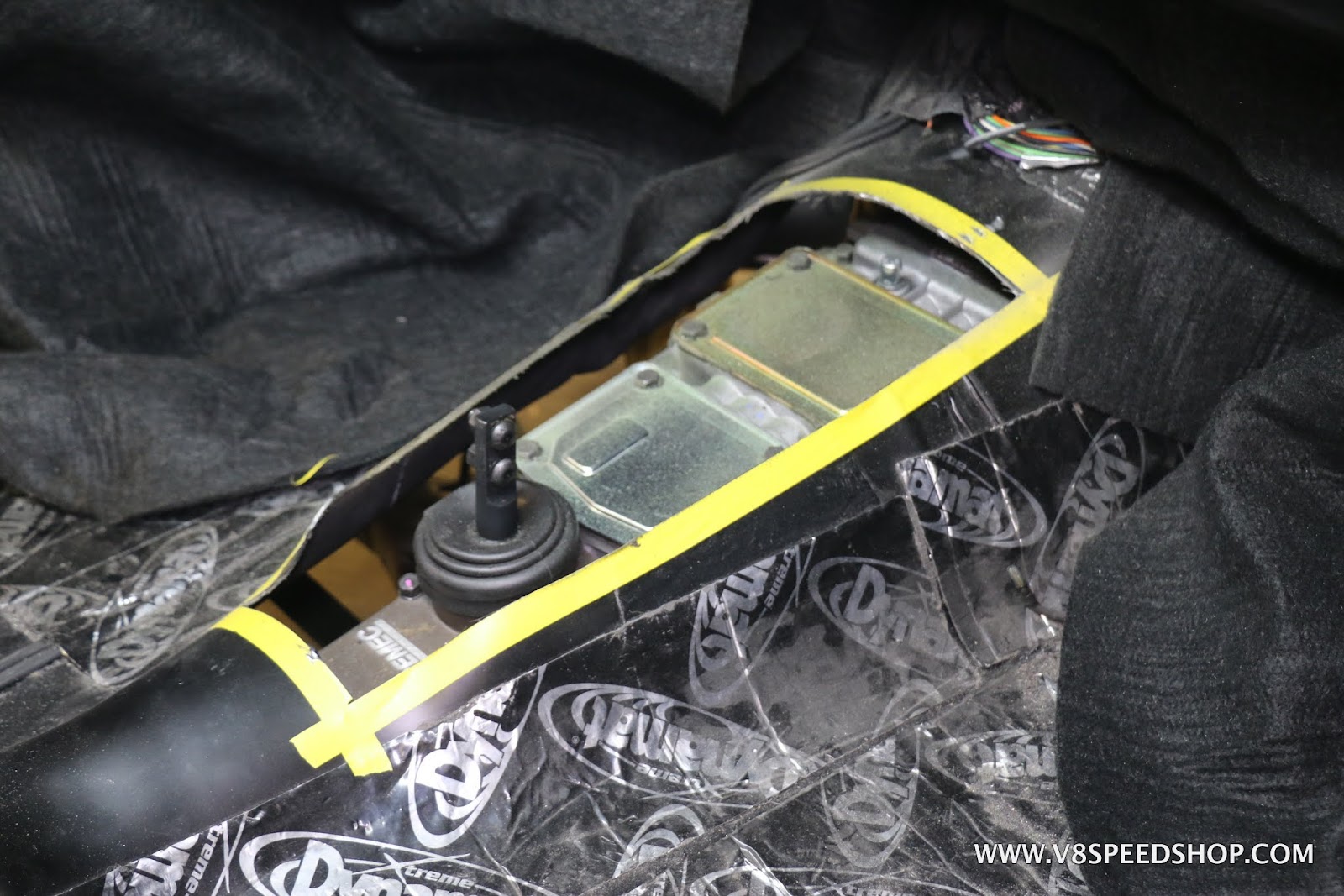 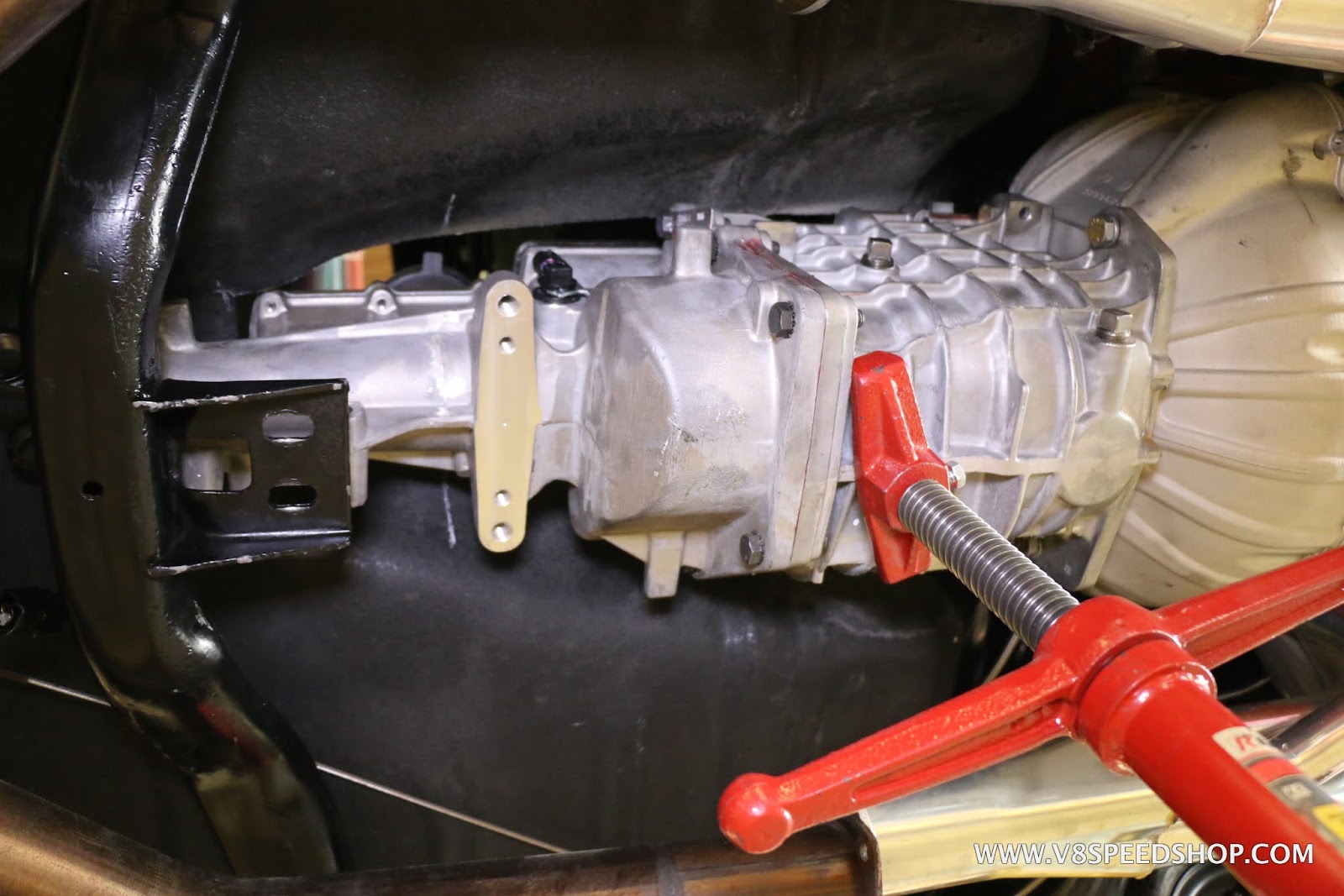 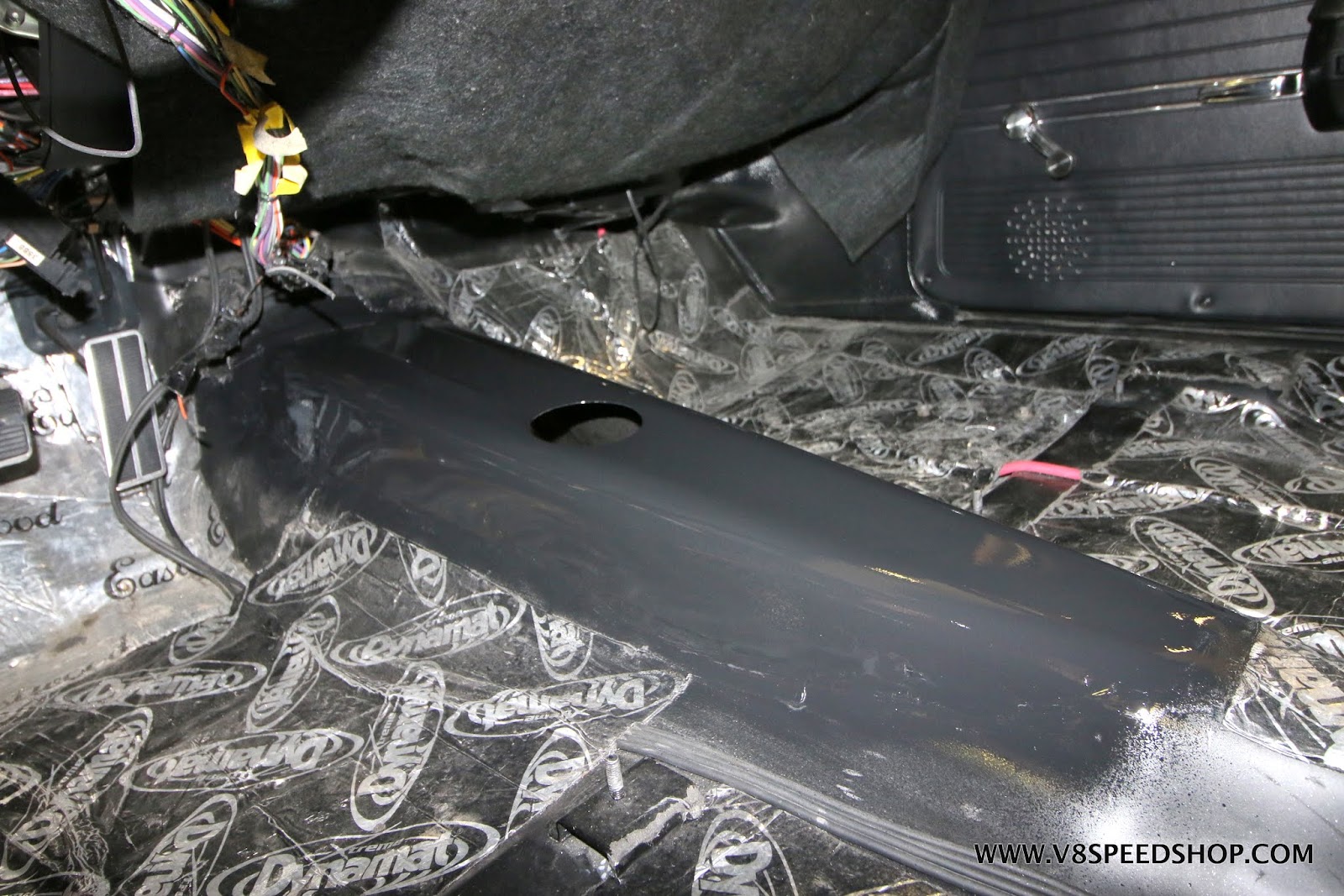