Fellow Riv owner and friend Yardley sent me an extra package tray that he had laying around, and I had entertained the idea of moulding some fiberglass pods in the deck to mount the 6x9s. 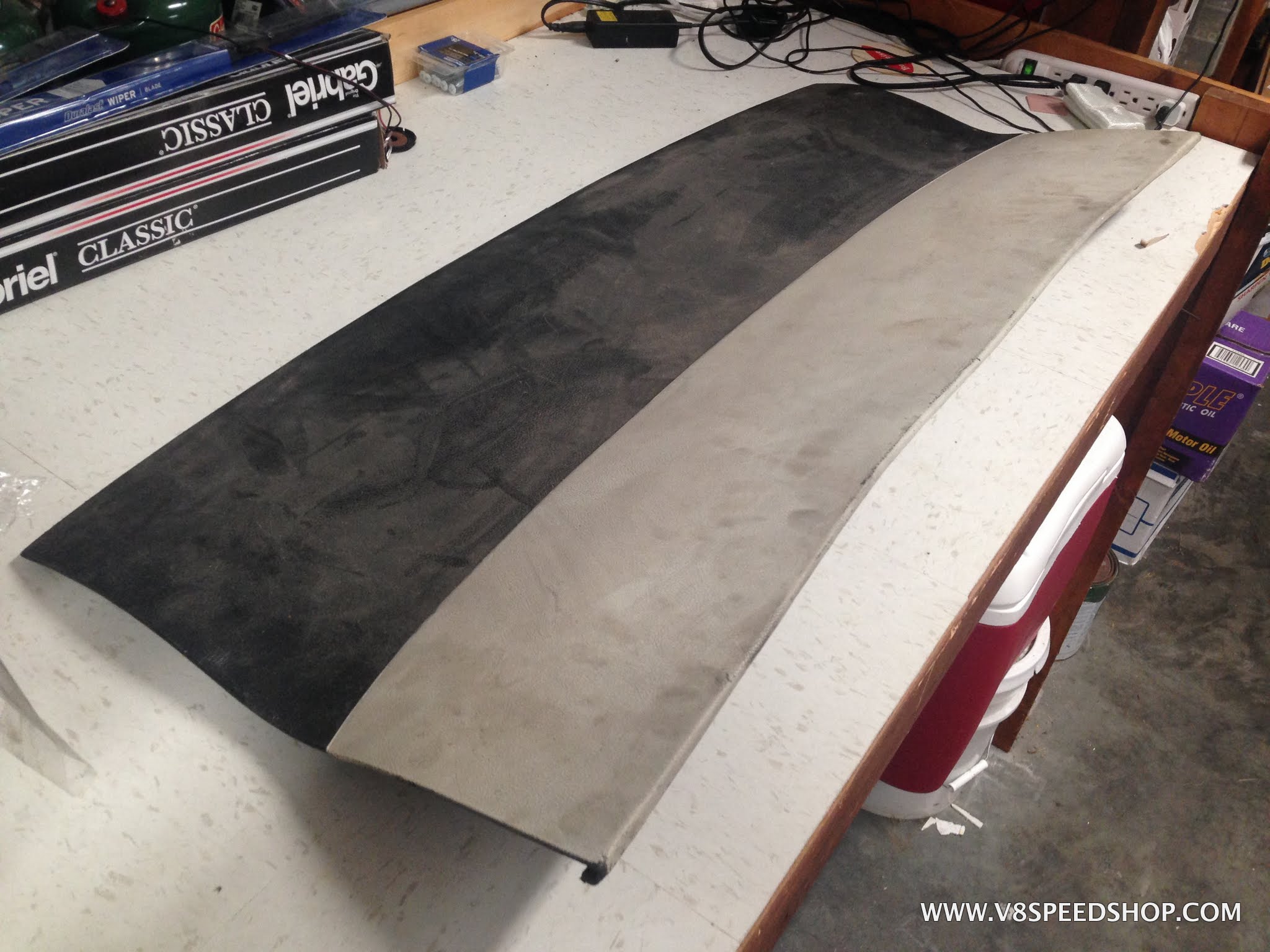 I elected to leave this area alone as well, and not cut anything up at this point. I needed a solution, and again, it looked like Custom Autosound had the answer with their System II.

We’ve installed several of these in cars at the shop, and I am impressed with the sound and packaging flexibility. The box is an aluminum enclosure that houses an 8” subwoofer, amplifier, and crossover. The two chrome bullets are stand-alone drivers that house “twiddlers”, a midrange / tweeter combo speaker. The sub level is controlled remotely by the little knob, as you can mount the sub and amp under the seat. Bass frequencies are non-directional, meaning we cannot tell where they are coming from, and the underseat location also provides some punch in the pants!

Custom Autosound recommends you mount the tweeters in sight so they are line-of-fire to your ears. They might pass for speakers or vents in a 1950s car, but they don’t really look right in a 1970s car. However, they mount with only 2 small screw holes, so I was willing to try them as they were straight out of the box before trying to change the appearance.

And the connections on the other side:

The System comes with all the wiring needed for install, including ring terminals, fasteners, a power cable grommet, and even zip ties.

I pulled the bench seat bolts and used some 2x4s to prop it up out of the way, and ran the power, signal, remote turn on, speaker, remote sub level, and RCA signal wires under the carpet down the tunnel to the passenger seat area.

After tidying up the wires and carpeting, just before reinstalling the seat.