OK. OEM disc brake setups for the second gen Riv are unobtanium. And if you ARE fortunate enough to locate a set of calipers, they are usually about $400 a piece. And finding someone who will rebuild them is difficult and it is about half a grand per caliper. Rotors are also difficult to locate.

So looking to the aftermarket, a company called Scarebird makes a set of caliper brackets. They have redesigned them from their original release, but they still don’t fit as well as I would like. They use rotors from a ’71 – ’76 Riviera and use calipers from an AWD Chevy Astro Van. I think the calipers are a mismatch with the stock master cylinder. The brakes were barely adequate, even after I plumbed in a front hold-off valve and a rear 10 pound residual valve. I even added an adjustable proportioning valve to the rear trying to get more pedal. I’ve lived with it but now I want to see if there is something better.

A Riviera gent in Australia named Tony Gentilcore offers caliper brackets that are worlds above the Scarebird setup. They even use ’71 and later Riviera calipers with the same year rotors. The only catch is that the steering knuckle requires a little bit of clearancing to allow the brackets to fit. I had a shop use a mill to machine my knuckles, but after seeing it all put together, a competent home mechanic can do it with a die grinder.

Here are the brackets. I used the ultra high temp loc-tite to make sure they stay together. There are 2 different bolts, and they need to be installed in the right place to enable clearance of the knuckle. 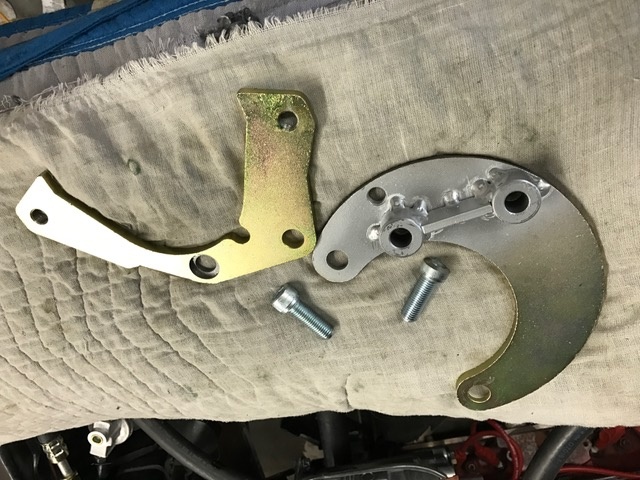 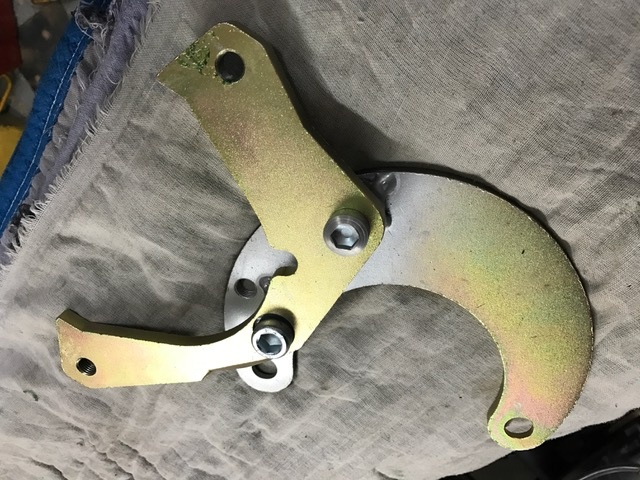 Here you can see the clearanceing that needs to be done on the knuckle. The second pic is what the knuckle looks like before clearancing. 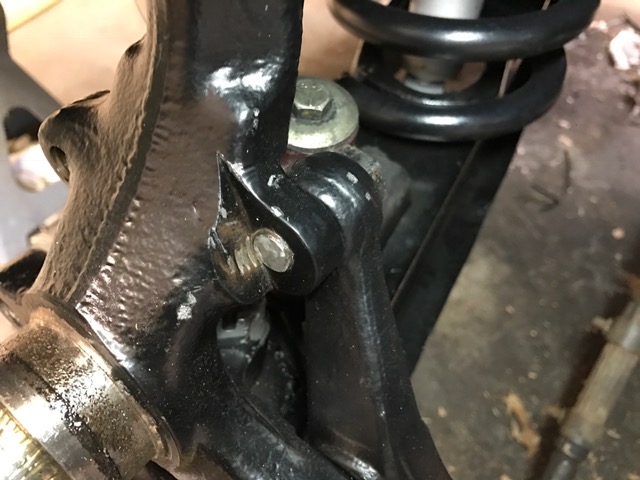 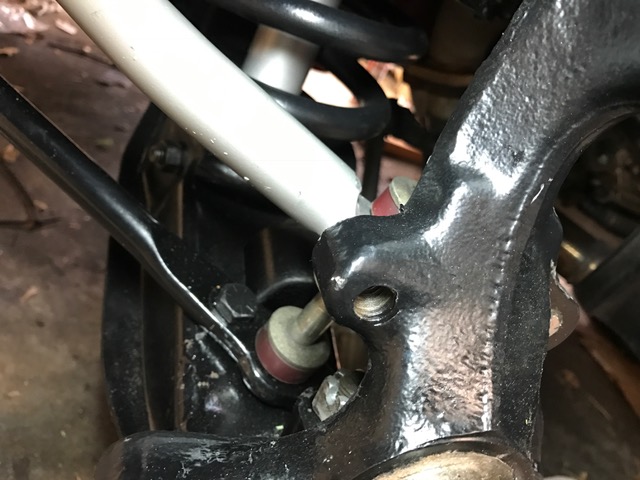 Here you can see how the clearancing is necessary for the brackets to clear the knuckle. 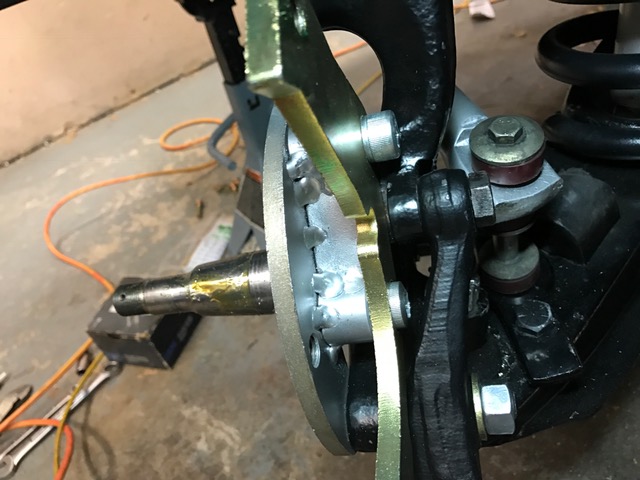 Here is the bracket installed. I’ll report back in about 2 weeks when I can drive it after installing the electric fan setup. Believe me, I’m tempted to just bolt the fan and radiator back in to test drive it, but I’ll wait. 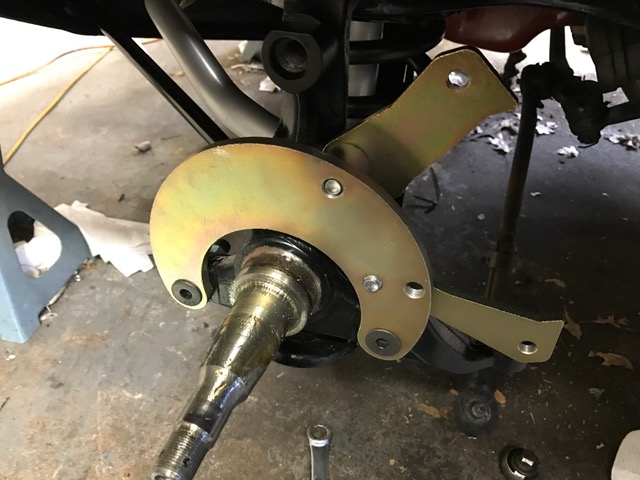 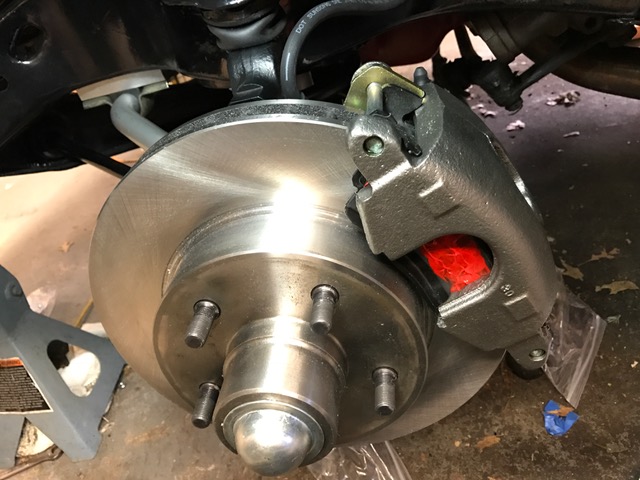