A little history and trivia.

These small decals on the vent window tells a little about the Novas history.
The red decal to the left adverties that this vehicle is protected by an aftermarket
Waso steering lock. Those locks where quite common during the sixties, and often installed by the dealers on imported cars.
The sticker on the right tells that this car has passed the annual safety inspection in 1974 and will be due for inspection in 1975 again.
The windowstickers where replaced by a sticker on the licenseplate in 1975.
The new sticker was issued after the vehicle passed inspection and the
roadtax was payed. This sticker was in use until 2010 when it was dropped.

The stock mountingscrews for the driverside doormirror was installed (Without the mirror) and painted over since the rigid stock US mirrors was illegal as they where deemed unsafe for pedestrians.
And the normal mountingpoint for outside mirrors in europe where on the fender.
The stock rigid mirrors are still technically illegal, but noone really cares about that on classicvehicles. 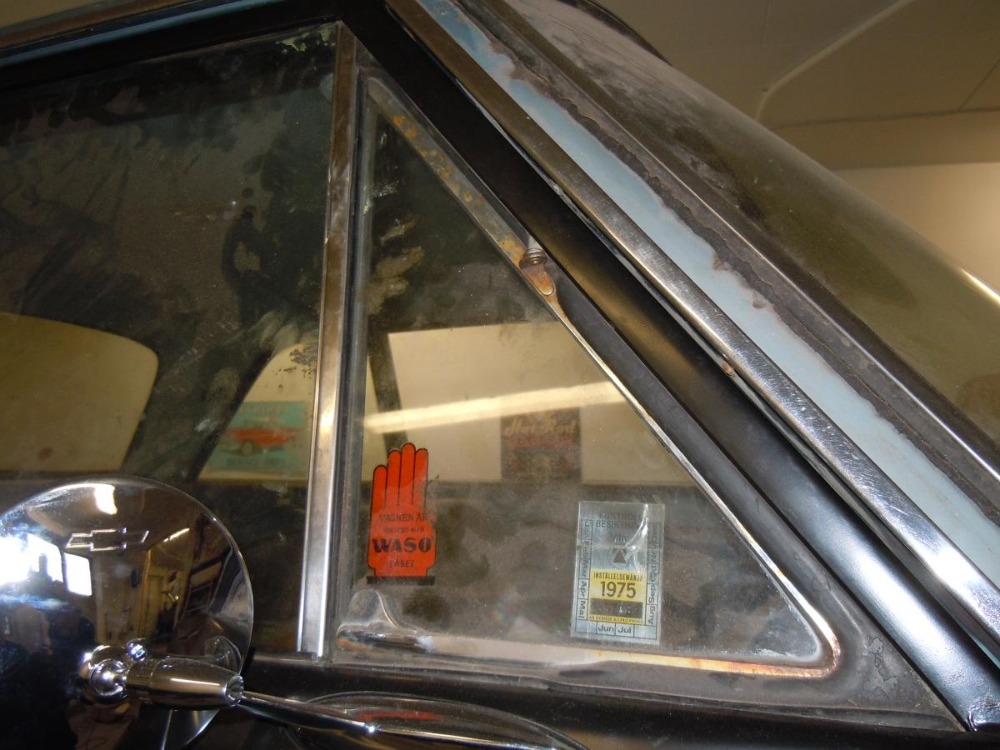