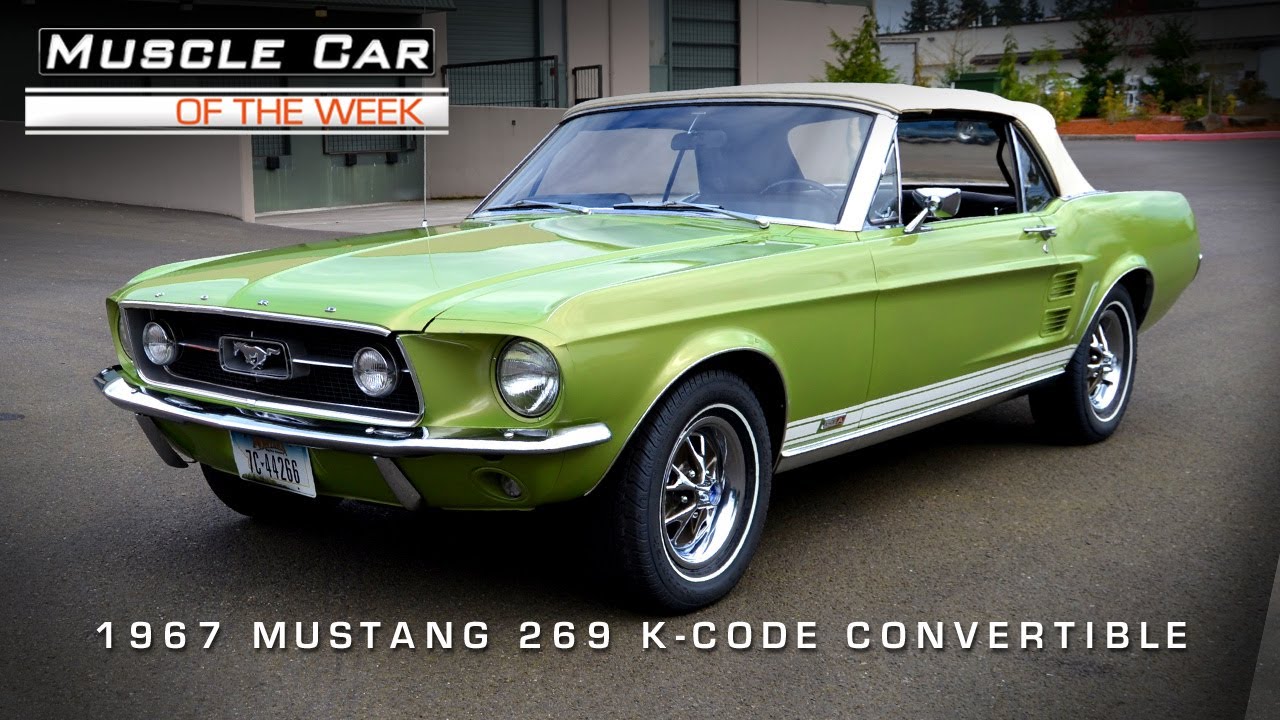 The Muscle Car Of The Week is for Mustang fans, as we bring you a great story on a sweet ’67 K-Code convertible from the Brothers Collection! This 1967 K-Code Mustang convertible is one of just 50 made, and only 1 of 16 convertible automatics. The K-Code featured a 289 High Performance V8 making 271 horsepower and 340 ft. lbs. of torque, which made these Mustangs great performers. This Lime Gold example is also documented by the Marti Report to be the last one built on the San Jose Ford assembly line, which is the same line that built the Mustangs which became Shelby GT350s. Watch the video for more details on the K-Code package and this particular example!