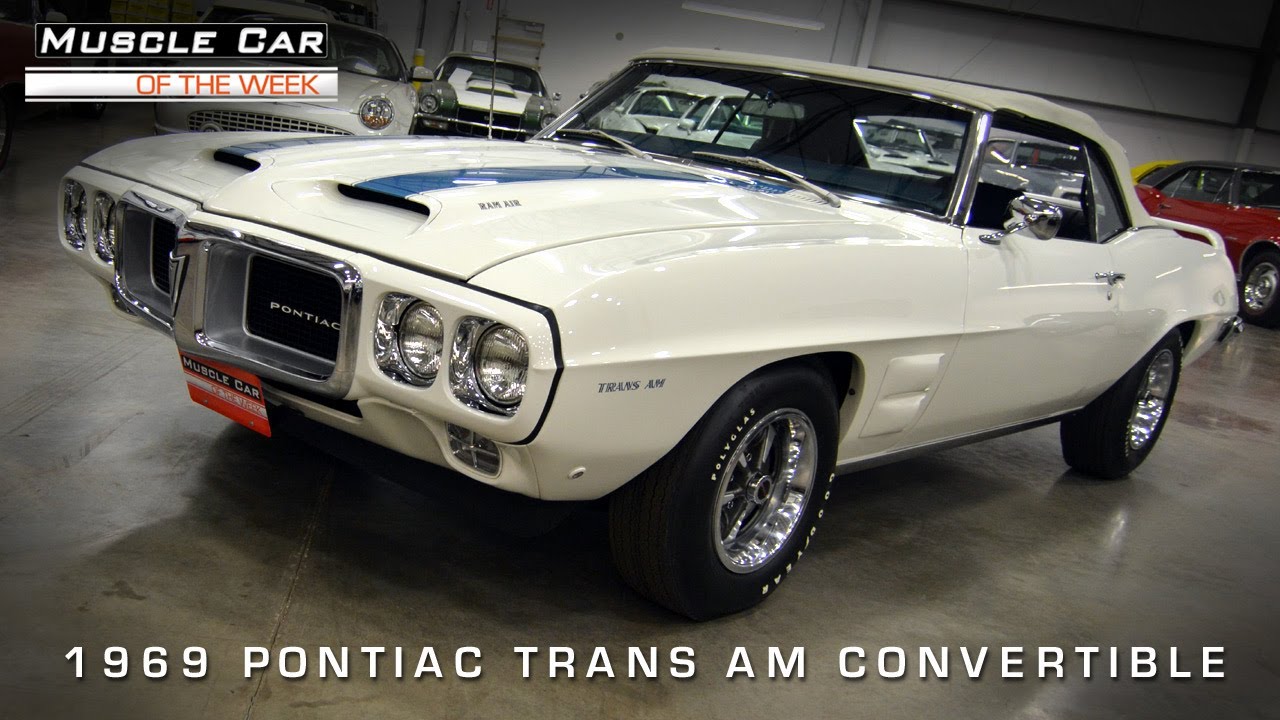 Muscle Car Of The Week Video #52: 1969 Pontiac Trans Am Convertible

#musclecar #v8tv
In 1969, Pontiac unveiled a high-performance Firebird required by Trans Am rules to allow them to compete in the Trans Am racing series. While other manufacturers were allowed to compete as well, Pontiac grabbed the obvious name choice and called there version the Trans Am. These were potent performers with excellent suspension systems and a uniquely racy design. Less than 1000 were made, but today we’re focusing on one of the 8… that’s less than 10… factory-built 1969 Pontiac Trans Am Convertibles. This one has just completed an extensive restoration, is powered by a 400-cube Ram Air III V8, and is from the Brothers Collection.