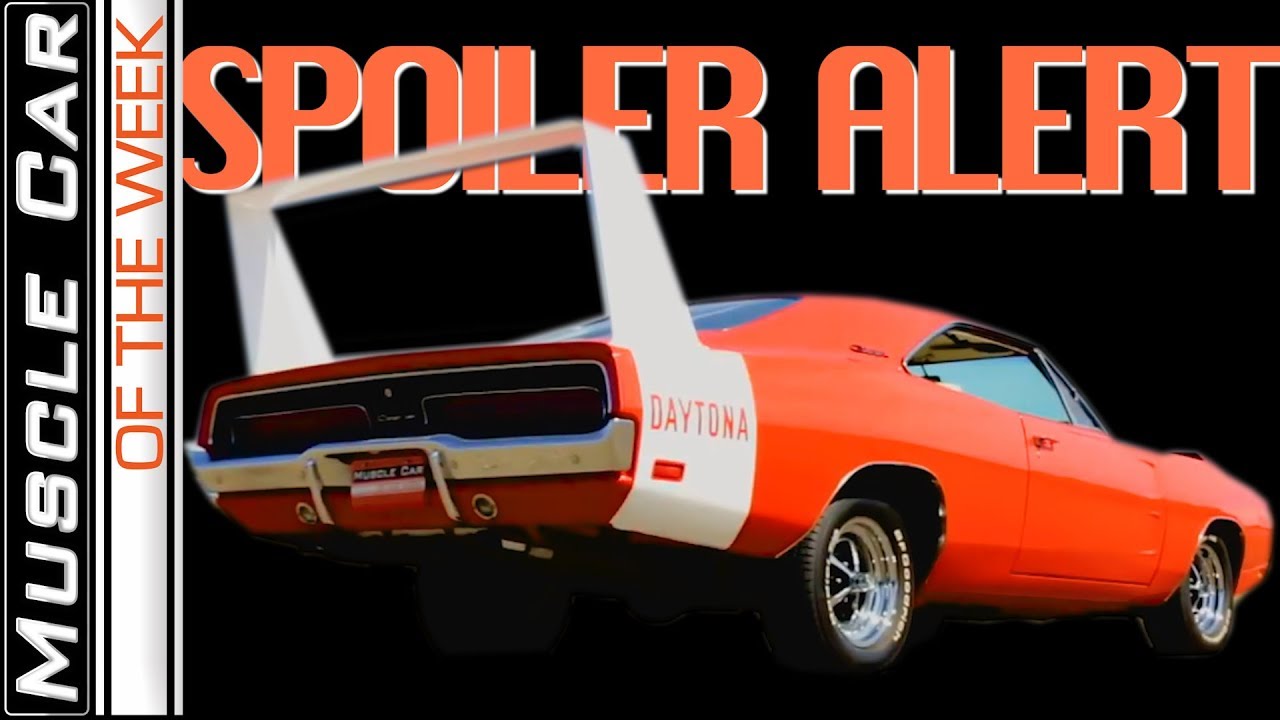 Machines need to be fast to fly, and in some cases, that’s a bad thing. Racers have known for years about the dangerous effects of negative air pressure on cars at high speeds, where air pressure builds under a car and can flip it like a pancake. You don’t need me to tell you that cars aren’t supposed to fly. Racers combat the lifting problem and the ensuing loss of control by adding spoilers and other aerodynamic cheats to the cars. And of course, what appears on race cars, eventually appears on street cars.

Manufacturers took every opportunity to bring the racer look to street cars, because speed sold cars. The good thing is that spoilers, and lower front air dams, were functional… if you went fast enough. On the street, the blunt front end of a Charger or Camaro starts to get a bit light over 100 MPH, if you’re so inclined. Lower front spoilers or air dams do wonders to keep the high pressure air from stacking up under the car and lifting the nose, helping the driver stay in control at high speed. Rear mounted spoilers reached up into the “clean air” to create downforce to push the rear of the car down and enhance rear wheel traction.

And there’s a difference between spoilers and wings. I must admit, I’ve spewed a bit of nonsense on this show in previous episodes, using those terms interchangeably… but a spoiler creates downforce or drag, while a wing creates lift. Airplanes have wings, things you don’t want on a speedy car.

There are a number of cool spoiler designs on Muscle Cars, like the “salami slicer” style found on the 1969 Pontiac Trans Am. This was a one-piece pedestal mount spoiler that extended up from the quarter panel and crossed over the rear deck lid. While it looked cool, there wasn’t much aero effectiveness of this design, and it was far more cosmetic than functional. The Mustang Mach 1 and Boss 302 cars had a two-post pedestal wing as well, but it had an adjustable attack angle to possibly give some more effectiveness. The Boss also had a low-mount front air dam, which was more effective on keeping the air out of the bottom of the car.

The Chevrolet Camaro offered a front and rear spoiler kit as regular production option D80 for 1968 and 1969, consisting of the lower front air dam and a decklid mounted rear flap. These were probably not very effective on the rear of the car, but they did look cool.

The Buick GSX was a wild design with a front chin spoiler and a pedestal mount rear spoiler that was similar to the Trans Am design. The production version was a one-piece design, but Buick caused quite a stir with their 1970 show car GSX which wore a custom 3-piece rear spoiler and a radically deep front lower air dam, painted white for even more visual effect.

Of course, the big daddy of them all was the Dodge Daytona and Plymouth Superbird, with their pointed noses, lower front dams, and sky-scraping adjustable rear spoiler. This aero package was needed to help the NASCAR version cross the 200 MPH barrier on the racetrack, and the design had to carry over to street versions to keep the racer legal for competition. Most people were a bit tossed when these hit the streets, and what is a sought-after car today often dwindled on dealer lots when new.

Although many muscle cars had spoiler options, some were never factory equipped with spoilers. One example is the Chevrolet Chevelle, which was always clean shaven in front and never had a spoiled tail from the factory.

The Brothers Collection is loaded with all kinds of spoiler-equipped muscle, which one is your favorite? We welcome you to peruse our video library, just be sure to keep the shiny side up.