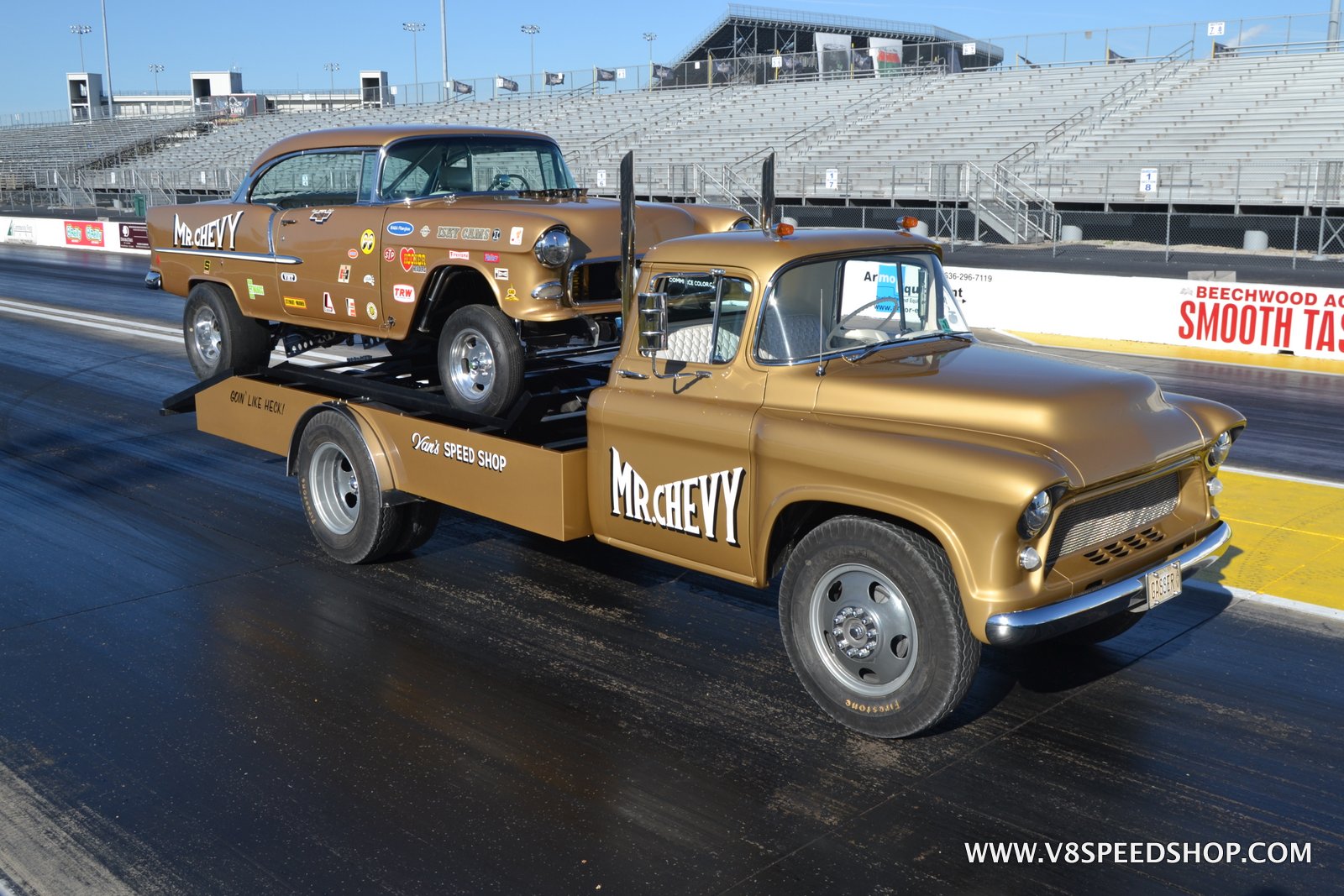 This was an awesome project, the chance to restore the body on a 1955 Chevrolet hauler truck named “Carried Away” which serves as the chauffeur for an original 1955 Chevy gasser named “Mr. Chevy”. Mr. Chevy first became a race car around 1968, and has a great story all on it’s own. Below you’ll see the videos on the car and the truck, along with the restoration photos at the V8 Speed and Resto Shop. Once completed, Mr. Chevy and Carried Away were feature vehicles at the SEMA Show, the Grand National Roadster Show, the Muscle Car and Corvette Nationals, the Syracuse Nationals, the Tri-5 Nationals, and many others. It’s almost too cool for words. Check it out!