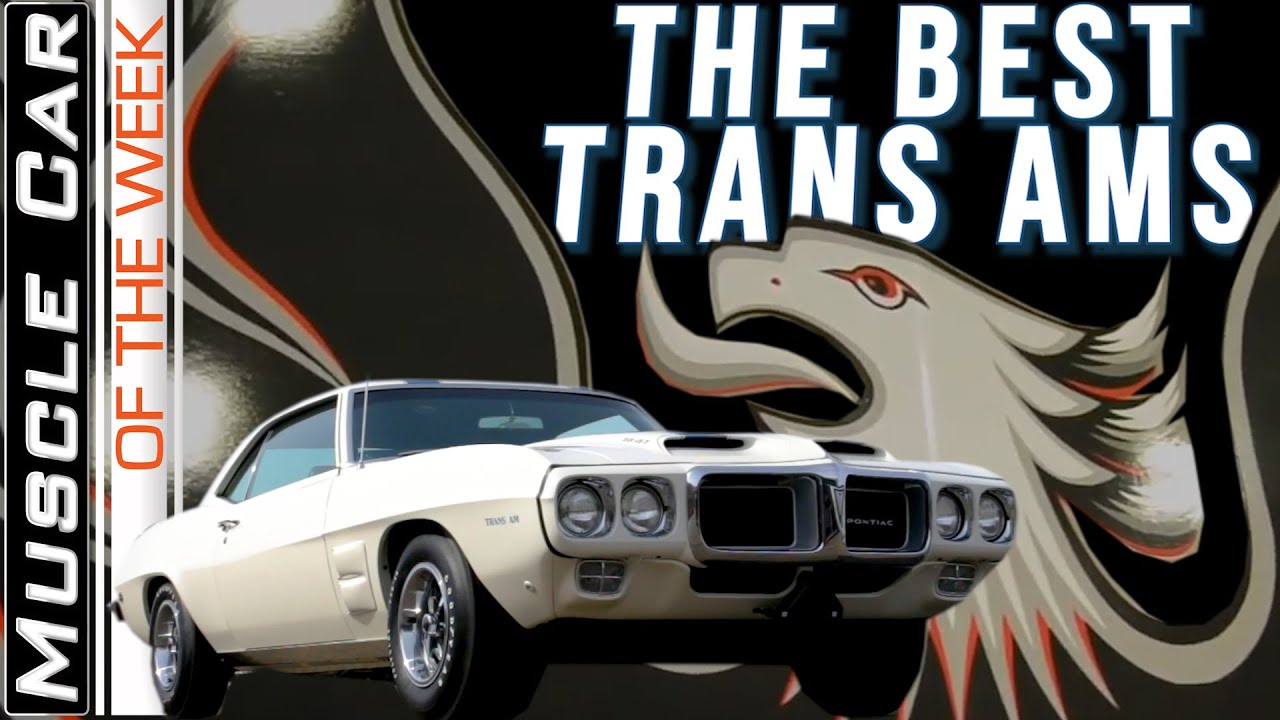 The Pontiac Firebird Trans Am is a true American icon, and for good reason. Since it’s debut in 1969, the Trans Am has delivered high performance and high style. Today, we’re taking a look at some of the Top Trans Ams found in The Brothers Collection.

Starting our list is a Buccaneer Red 1973 Pontiac Trans Am powered by the mythical Super Duty 455 V8 Engine. 1973 was past the prime for most Muscle Cars, but one begs to differ. The Super Duty 455 engine was a special heart for a rare bird, including a stronger block with dry-sump oiling provisions cast in, upsized rod bolts, round-port heads, and a bunch of other racing inspired tricks. See the whole story on this one in episode 148 of Muscle Car Of The Week!

The Trans Am turned 10 in 1979, and Pontiac celebrated with the 10th Anniversary TA complete with a special paint and graphics package and a Pontiac 400 under the hood. The late ‘70s were the height of the disco and science fiction era, and the silver interior on the 10th Anniversary cars reflects the times. This one is still in brand-new condition, with only 100 plus miles on the odometer. It originally belonged to Pontiac marketing legend Jim Wangers, and was also featured in a Hollywood movie! See which one in episode 23 of Muscle Car Of The Week!

1969 was the first year for the Pontiac Trans Am, and they came out swinging! First generation cars featured a classic American racing color scheme in Cameo White and Tyrol Blue, with a functional steel ram air hood, fender air extractors, and a 2-pedestal rear spoiler. Although it shared the platform with the Chevrolet Camaro, Pontiac set out to make the Firebird Trans Am better than the Camaro in every way – exterior styling, interior pizazz, and performance. This one is powered by the heavy-breathing Ram Air IV 400-cube V8, featuring round-port heads, high-lift cam, a factory aluminum intake, and header-like exhaust manifolds making 345 HP. Only 55 were produced with the Ram Air IV, and this one can be found in episode 310 of Muscle Car Of The Week!

The Trans Am debuted in 1969, and the package was applied to the last year of the first-generation “F” body platform. However, Pontiac saw the appeal and excitement of the Trans Am, so they transposed the formula to the new 1970 car, and another star was born. The new car was longer and more refined, but the Cameo White paint with a new blue center stripe decal looked dynomite. Handling was improved over the ‘69 car, with bigger sway bars, and performance tuned shocks and springs. This one also features the Ram Air IV 400 V8 coupled to a 4-speed manual for even more fun… one of only 88 built. Check out the dreamy blue interior in this car’s feature video in episode #3 of Muscle Car Of The Week!

We thought it fitting the cap off our Trans Am Tribute with the ultimate TA… the 1969 Firebird Trans Am Convertible! Pontiac only built 8 of these super-rare birds, and 4 of them live in The Brothers Collection! All 8 are special cars for sure, but this is the very first one built. All the Trans Am elements are present, the Cameo White and Tyrol Blue color scheme, the steel ram air hood, the 2-post rear spoiler, and the deep blue interior. This one is powered by the 335 HP Ram Air III 400 V8, with a Turbo 400 automatic transmission shifting the gears. The details are spelled out in episode 217 of Muscle Car Of The week, but we’ve featured every one of the 8 1969 Pontiac Trans Am convertibles on previous episodes of this show if you search our channel.

Thanks for checking out our Trans Am Tribute, and thanks to The Brothers Collection for letting us share their awesome Firebirds. Be sure to subscribe, because we’ll be back with more next time, on Muscle Car Of The Week!