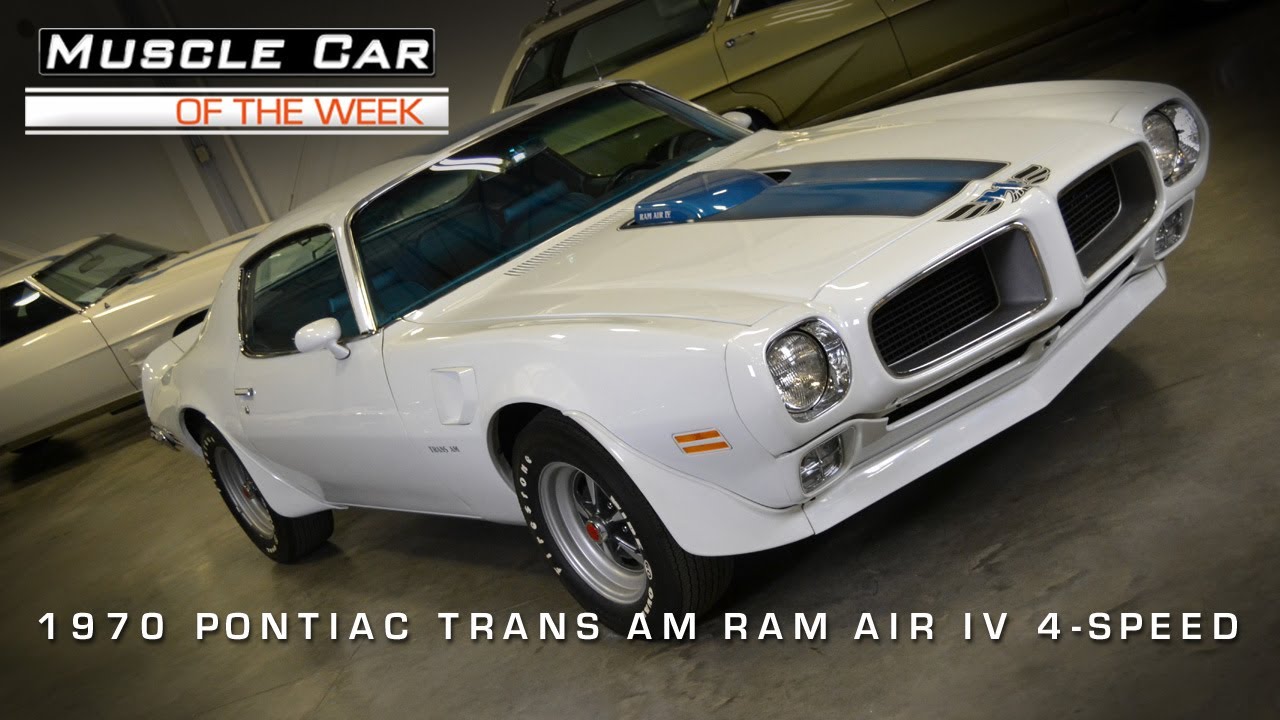 This week’s Muscle Car Of The Week from The Brothers Collection is a super-rare 1970 1/2 Pontiac Trans Am, complete with the Ram Air IV 400 cube V8 and Muncie 4-speed transmission!

1970 marked the second generation for GM’s F body platform, and the company made substantial improvements to the car over the ’67-’69 versions. The 1970 1/2 models were longer and more spacious inside, and generally drove more comfortably than the earlier cars. 1970 also marked the peak in performance Muscle Cars, and the 1970 1/2 Trans Am was one of the top performers. The Pontiac Trans Am came loaded with numerous performance add-ons, such as upgraded suspension, brakes, exhaust, and distinctive styling.

This particular Polar White Trans Am is among the most sought-after of all, as it features the 370 HP Ram Air IV V8 engine and a Muncie 4-speed transmission. The Ram Air IV engine was assembled with very tight tolerances from the factory, making it as close to a hand-built racing engine as you could buy from GM. The RAIV package started with a 4-bolt main block, forged crank and pistons, and a high performance oil pump, but the big difference was in the top half of the engine. The Ram Air IV heads boasted 67cc chambers, 2.11″ swirl-polished intake valves and 1.77″ exhaust valves, and large round exhaust ports. The .520″ lift RAIV cam had a long 308 degree intake / 320 degree exhaust duration and pulled air through an aluminum dual-plane intake manifold. These parts sounded more like they were hand-picked by a race engine builder than a factory offering, but that’s what makes the RAIV so special. They only made 88 of these cars, 59 were manuals and the other 29 came with automatics. It’s one of the few cars where both transmissions were offered and the manual outsold the auto. Watch the video to learn more about this Pontiac Historical Society documented correct ’70 1/2 and its unique details like the original 2-tone blue seat covers, 1-year only Rally II wheels, and distinctive styling elements.