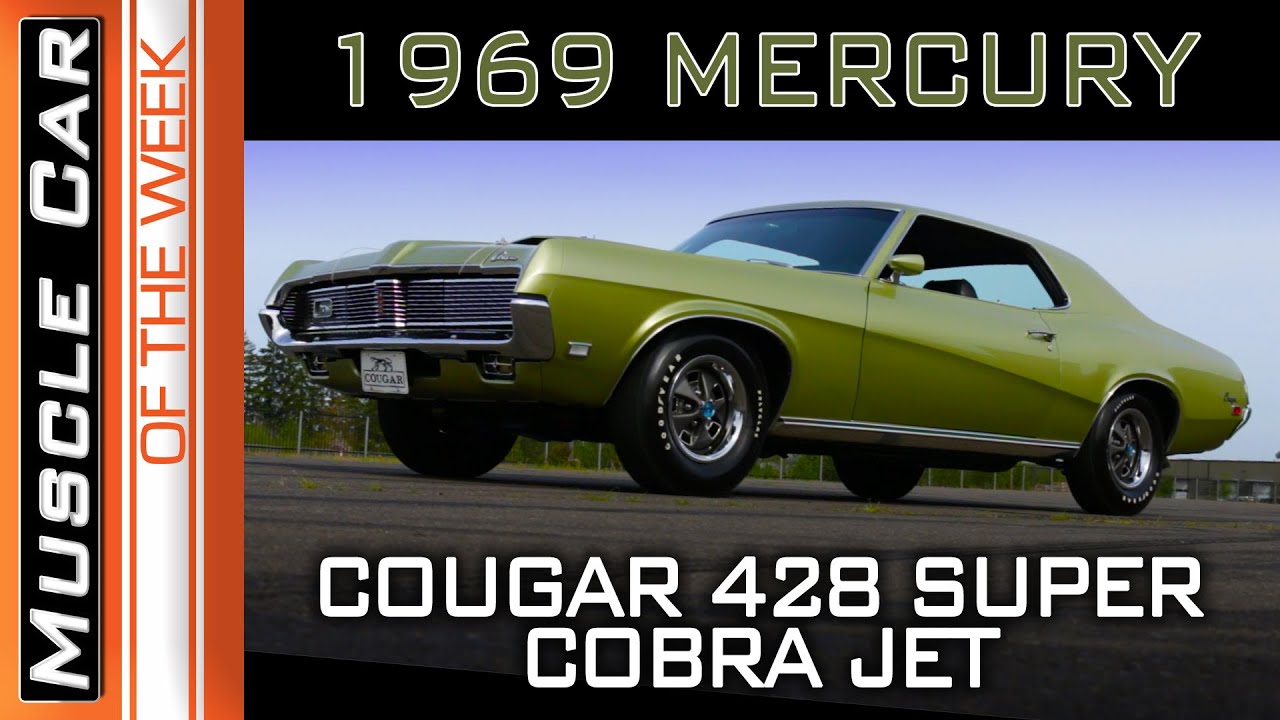 This awesome Cougar blurs the lines between luxury and street brawler!

There are times when you don’t really want to stand out in a crowd… instead, working your way through the masses undetected, but knowing you’ve got the goods to leave the pack in your dust. This super clean 1969 Mercury Cougar is the perfect ride for times like those.

Mercury Cougars were sold as upscale luxury cars, but a few street brawlers made it out, and THIS is a great one. The look is all business, with a low-key Medium Lime Green paint job and no stripes, wings, or other nonsense… just a pinned-down ram air hood feeding a 428 Super Cobra Jet V8!

Cougars came in a variety of flavors for 1969, from the base 351 V8 all the way up to the top-cat XR7, with maximum flash and power to match. But in this case, the sleeper approach is used.. this isn’t a full-boat, optioned out luxo cruiser, but rather an unassuming stripper, keeping the horsepower cards close to the vest, all 335 of them.

That 4:30:1 and 4-speed combo are the big elements that add “Super” to the Cobra Jet, along with the ancillary oil cooler to keep the high-gear rpms from roasting the big snake. All the rotating parts- the crank, rods, pistons, flywheel, balancer – are beefed up in a Super Cobra Jet to stay together through the traps at redline on the drag strip. It breathes through the Ram Air intake, helping 428 SCJs reach an advertised 335 HP and 440 ft. lbs of twist, numbers that trigger debates even to this day.

We parked this one next to a 1969 Pontiac Trans Am, as these were engineered to compete in the showrooms – and on the street.

Both of these upscale cars had cool styling and similar proportions, with optional high-powered versions like the Ram Air 4 400 or the 428 SCJ. And I just noticed we’ve got a Muscle Car Zoo on our hands here… a Firebird, Cougar, Cobra… and they are all pony cars. Hmm!

Not many 428 SCJ Cougars were made, and most were the fancy pants XR-7s, not basic like our spartan Medium Lime Metallic ‘69 seen here. And according to the numbers, this mostly original survivor is the only one of its kind. But while it lacks spoilers and stripes, the interior has you covered, with power front disc brakes, bucket seats and console, AM 8-track radio… and who needs fancy when you’ve driving a Drag Pak?

Back in ‘69, Mercury commercials actually featured a live cougar, enhancing the effect of the advertisement, while simultaneously showing off the latest advancements in animal sedatives. Our nervous actress hopes so, anyway. The kitty’s name is Chauncy, by the way. Very sophisticated.

Some of the world’s top cats live here in The Brothers Collection, but this one is IT for me! We hope this episode scratched your Muscle Car itch, and although it might be hard, we’ll do all we can to top this car next time on Muscle Car Of The Week! Subscribe if you’d like, and we’ll see you then!