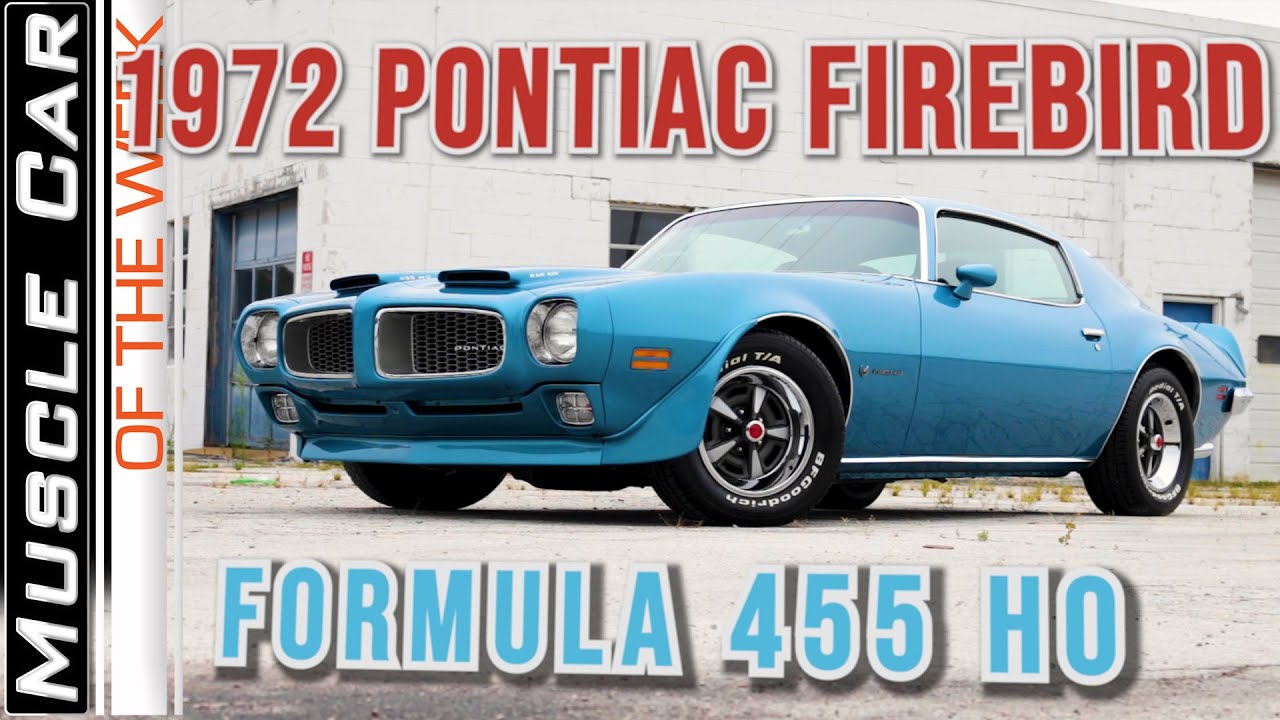 Picture if you will, you’re 25 years old, gasoline is .40 / gallon, you just bought this awesome 1972 Pontiac Firebird Formula 455 HO 4-Speed. Jump ahead almost 5 decades, and nearly the same car appears in your garage! Well for owner Garry Heizer, this isn’t the Twilight Zone, it’s his daily reality!

While Heizer did buy one brand new, This pristine ‘72 isn’t his old car, as his was the one that got away. But he was lucky enough to find a twin to transport him back in time.

So what is a Firebird Formula? Racers have long known what a sleeper is… a car that has a hot engine and suspension, but no options to add weight and slow it down, and no fancy stripes to call attention to itself. In 1970, Pontiac built a factory Firebird Sleeper if you will, and called the Formula. Visually, it was the opposite of the flashy Trans Am, but it had all the same performance goodies on-board, less the creature comforts. This 1972 version is jammed with low-key fun, including the 455 HO engine, 4-speed M22 Rock Crusher transmission, and safe-t-track limited slip rear with 3.42:1 gears. To make the look even more sleepy, this one came stock without spoilers and rolling on steel wheels and caps, but Heizer swapped on the Rally IIs to match the car he had back in the day. Don’t worry, the wheels are still with the car.

The 455 HO still made power in 1972, even with a reduced compression ratio of 8.4:1. The 1972 only round port 7F6 heads worked well with the lumpy 068 cam, and the end result was 300 net horsepower and 415 lb. ft. of torque. The fiberglass hood sports functional scoops to help the beast breathe. A unitized ignition system was another one-year only part for ‘72.

Inside, a Formula has what it needs, and that’s about it. The dash is wood-grained rather than the neato engine turned panel found in Trans Ams, and there is no radio, A/C, or power windows. The result is that a Formula is lighter than the TA for even more performance potential.

Only 82 ‘72 Formula 455 HO M22 4-Speeds were built, and part of that was due to a massive United Autoworkers labor strike at the Lordstown GM and Fisher Body plant. The plant had boasted new technology that allowed cars to be built nearly twice as fast as traditional plants… to the tune of 100 per hour over the previous 55 per hour. And while the machines were screaming along, the workers didn’t think it was too keen to have to do their 60 second tasks in just 33 seconds to keep up. The strike was one of the first to consider worker’s quality of life, and not just pay and benefits. The down side for GM is that there were over 35,000 fewer Camaros, Firebirds, and Vegas built for ‘72. Well, maybe it wasn’t so bad to have less Vegas in the world.

Today, our friend Gary drives this beautiful brute whenever he can, and it takes him right back to his days behind the wheel of his first ‘72 Formula 455 HO 4-speed car. Not many of us get the chance to own a one-of-82 built muscle car, much less 2 identical twins in our life, but life is good in The Heizer Zone! We’re just happy he let us play with it for a bit. The only question remains… steel wheels with caps, or Rally IIs… what would be your magic Formula roll?