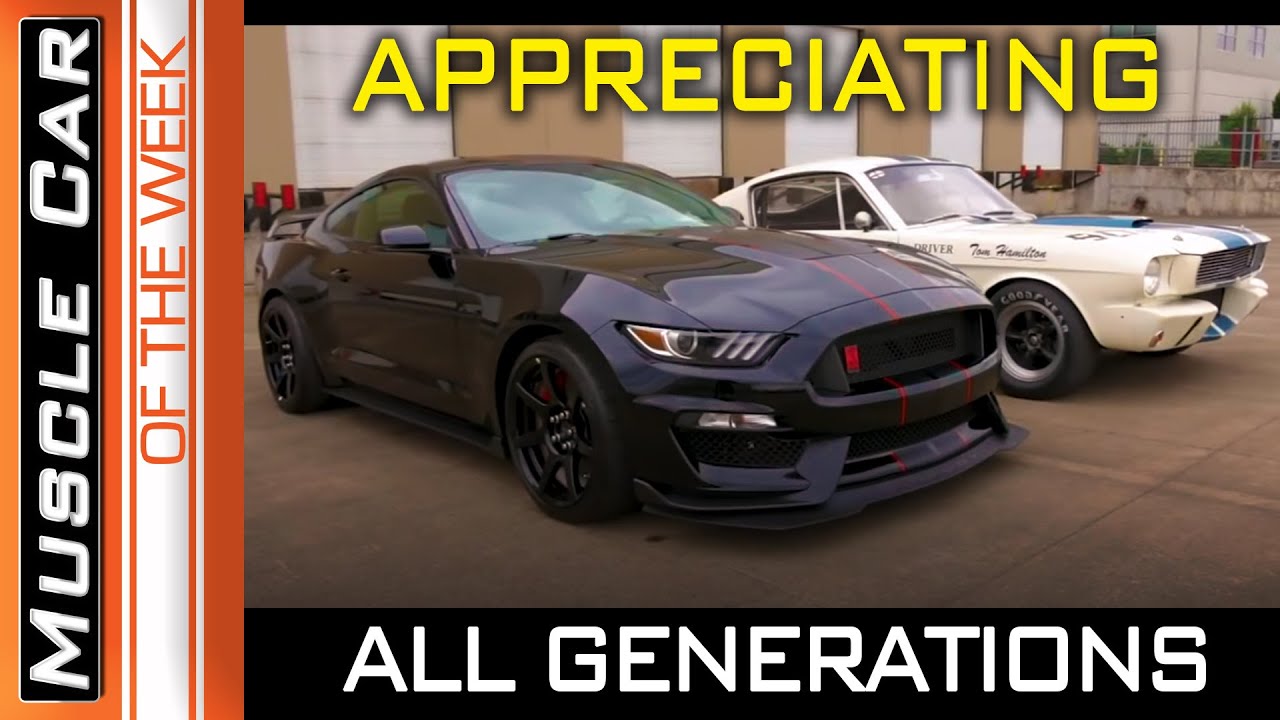 Appreciating All Generations – Muscle Car Of The Week Episode #358

We were planning a special episode comparing some 1960s Muscle Cars to their modern equivalents. The plan was to show the differences between Chevrolet Camaros from 1967 and the 2000s to illustrate how far these cars have come. Or maybe to show how the performance of a 1970 426 Hemi Challenger stacks up against a modern supercharged Challenger Hellcat.

But when we began to look at the cars, it became more apparent that comparing steel from back then to steel built today just didn’t seem to be fair. For example, even though a modern Shebly GT350R will run rings around a 1965 Shelby GT350R, if that’s all you’re looking at, you’re missing out on the biggest part of the story. Sure, you can compare the horsepower per cubic inch output of the 5.2 liter flat-plane crank V8 compared to the iron 289 from ‘65… which in fact we did in episode 302 of Muscle Car Of The Week… but today, I think the better way to look at these cars is by appreciating the first generation Muscle Cars for what they are, and how they paved the way for today’s modern muscle.

If Ford never built the first Mustangs to accommodate powerful engines, Cehvrolet wouldn’t have built the Camaro SS to go after them. And Dodge has been stuffing large engines in smaller platforms since the early ‘60s, but they designed the ‘70 Challenger specifically to hide a Hemi between the fenders. These were big steps back in the day, all-out attempts to attract the anxious youth market and get them behind the wheel of “cool” cars… cooler than their parents drove, for sure.

And it worked! Ford sold over a million Mustangs within 2 years of production. Camaros took off, and muscular Dodges continue to be the stuff of legends. It was a great generation of cars… driven by a great generation or people. The 70s and 80s came and went, with downsizing, gas crunches, tailpipe emissions, and insurance rates putting the clamp on muscle cars, but with the dawn of the 21st century, a new generation of muscle cars was born.

Today’s technology allows for power numbers and streetability only dreamed of in the first generation muscle car days, in cars that are a thousand percent more safe, as well. When the automakers opened the history books and styled these new rides after the originals, the nostalgia itch was scratched for many who remember, while also being attractive to a new generation of youth, itching to drive cool cars all over again.

So does it really matter that the new ones lay down bigger power numbers than their late ‘60s ancestors? I don’t think so. I think it’s time we appreciate what the previous generations have done for all of us to allow us to have more power, safer cars, and better lives. And if you think I’m only referring to cars, you might want to rethink that. Next time you see a person who fits the physical description of a grandparent, go thank them… for they were the first generation of “cool kids” that proved there was a market for high-powered cool cars. This episode is dedicated to all those who came before us, and paved the way for what we have today. Thank you, for none of this would be possible without you.