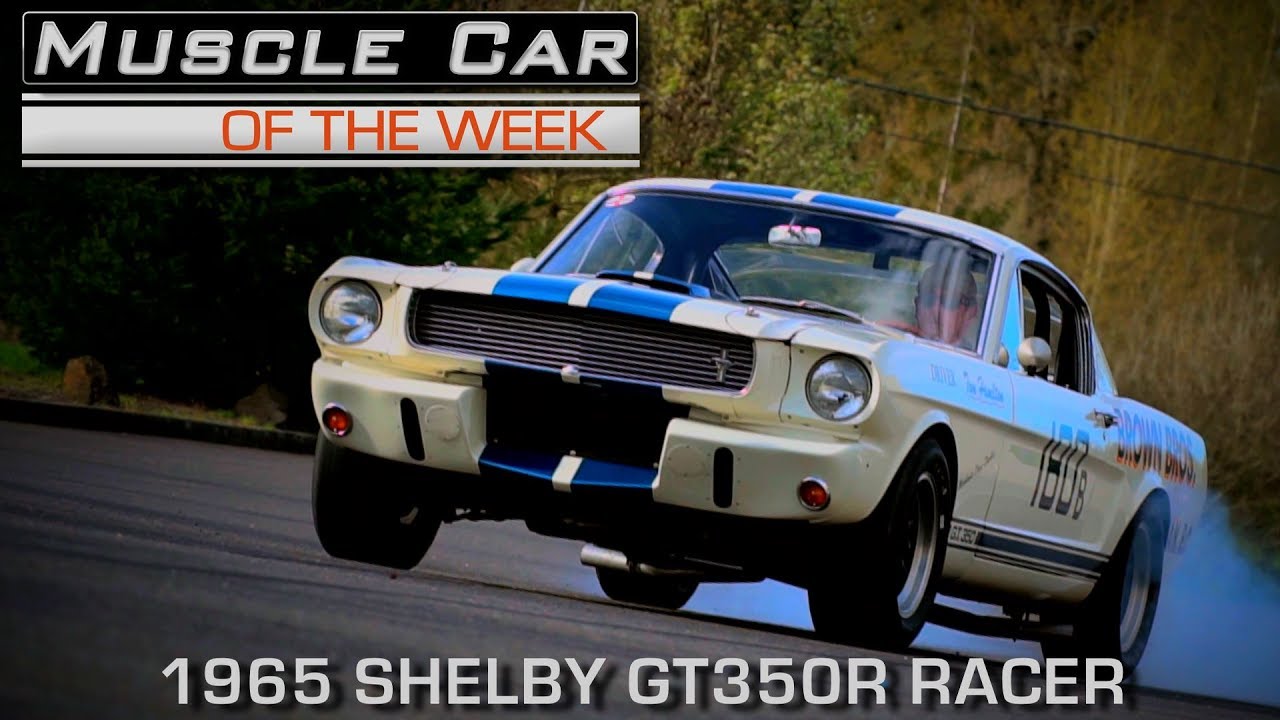 When Ford rolled out the Mustang for 1965, Carroll Shelby’s team immediately went to work building a road-racing version called the Shelby GT350. The GT350 still stands as one of the pinnacle American performance cars ever built. The stripped-down Mustang was treated to revised suspension geometry, a hotter 289 cube V8, a matched 4-speed and rear gear set, stiffer suspension, and a gutted interior to save weight. And while many of these cars were raced, Shelby’s team built 34 specially prepared GT350s for SCCA B/Production class racing, called the GT350R.

The Shelby GT350-R competition coupes were bred to be racers from day one, but the Brown Brothers #180 car was one of the winningest GT350-R’s of all. It’s a very special car here in The Brothers Collection.

From 1957-1964, the Chevrolet bow-tie flew in the winner’s circle in SCCA B/Production class championships, driven by the likes of Don Yenko and Dick Thompson. But all that changed in 1965. Shelby’s goal was to win races, and when his GT350R Competition coupes hit the track, it was “ON”. When the dust settled, the GT350Rs had secured their place in front of the pack and held the position for years to come. This particular car was sponsored by Brown Brothers Motors in Vancouver British Columbia, and driven by Tommy Hamilton, who campaigned the car in several series in the Pacific Northwest and Canada. Hamilton was a seasoned sports car racer, and behind the wheel of the GT350R, he was a powerful force on the track. In fact, he won the International Conference B-Production and C-Modified Championship titles in his first season racing the car in 1967. And he only got better for ‘68, when he powered the car to 5 different west coast championships. All tolled, Hamilton won over 40 events in several classes in the #180 car.

S2: Tommy Hamilton was an extremely passionate racer, and he wasn’t content to run this car in the Sedan or B-Production classes alone. He would routinely change the intake and carb setup and other details to allow the car to legally race in different classes, and then successfully competed in those as well. As a result, The Brown Brothers #180 car captured titles in several series and classes during its racing career.

The GT350R is a far cry from a stock Mustang, and it began with a gutted shell. Gone are the sound deadener, rear and side windows, upholstery, and other comfort items like the heater and radio. The body was lightened with fiberglass body panels up front, and plexiglass side windows with aluminum frames. Flares were added to the fenders to accommodate wider 15” wheels and race tires for better traction.

The front suspension was revised to change the mounting points of the control arms for better handling, and stiffer springs and Koni adjustable shocks were added to hold grab the track. A larger sway bar and oversized Lincoln disc brakes were adapted as well. The rear suspension benefited from traction bars, higher rate springs and matched shocks as well.

Inside the car, a 4-point roll cage stiffened the chassis, the driver sat in a race bucket, and racing gauges fill the dash. A 34-gallon fuel tank keeps the car on-track, and open exhaust screams at RPM.

Gone are the bumpers, and the body has been restored to it’s original Wimbledon White and blue striped appearance with Brown Brothers lettering on the quarters. The car has seen some changes over the years, but we think it’s cool that it has been returned to it’s most winning era in terms of appearance and equipment. This is a perfect example of what you’d call a “real-deal” car… one that is a documented winner with tremendous historical significance.