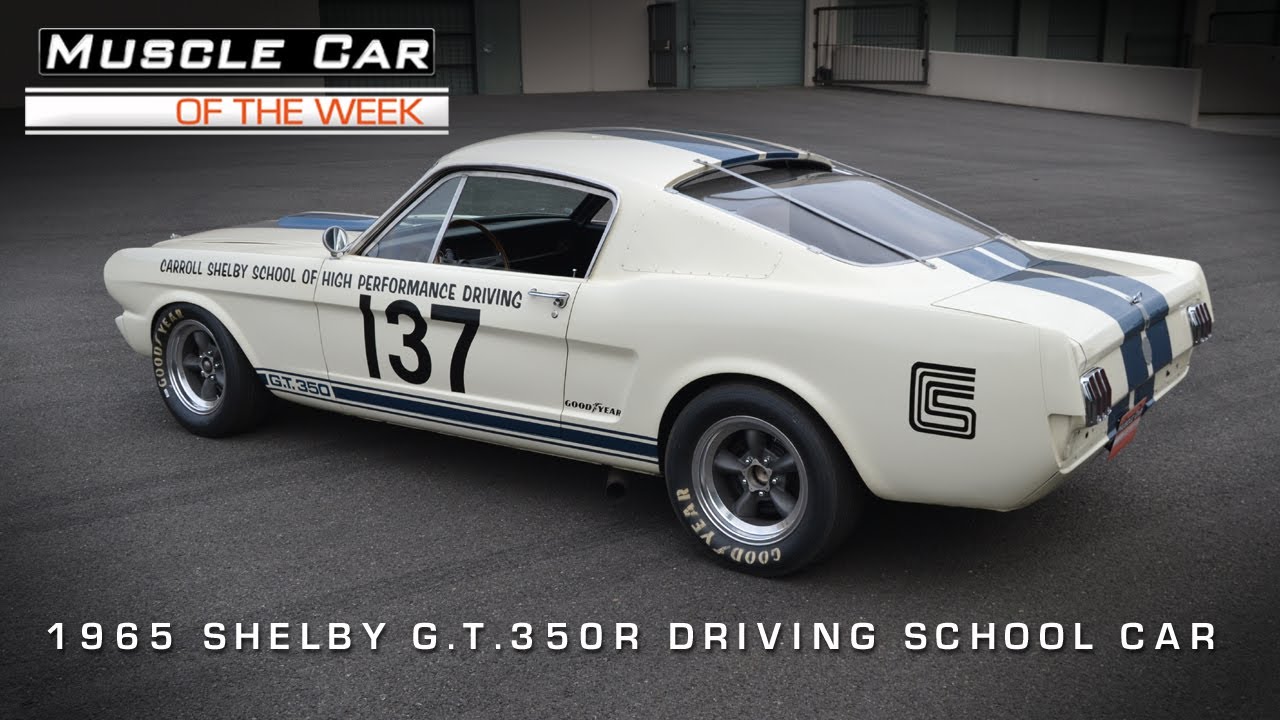 You could say that this 1965 Shelby GT350R has lived several different lives. It started off as a Wimbledon White ’65 Mustang Fastback, then went off to Shelby American to be turned into a ’65 Shelby GT350R. However, it did not go to a dealer for street sale, as it was selected to be used by Ford as a promotional vehicle. That tour of duty ended in August of ’65, when the car went back to Shelby American for its next chapter for use as one of the 3 Shelby GT350R Driving School cars. While there, the car slowly received modifications that basically transformed it into an R model Competition car. In fact, it was actually re-identified by Shelby as the 37th GT350R Competition car while at Shelby American. The car was also used as the prototype for the GT500 427 big block cars for 1967. The driveline was returned to a 289, and it was eventually sold as a GT350R and raced in SCCA events in California. The engine was blown, the car was stored, and the discovered in the late 1980s and restored to the form you see here today. It remains one of the most interesting stories of all the cars in the Brothers Collection, and one of our favorites here at Muscle Car Of The Week!