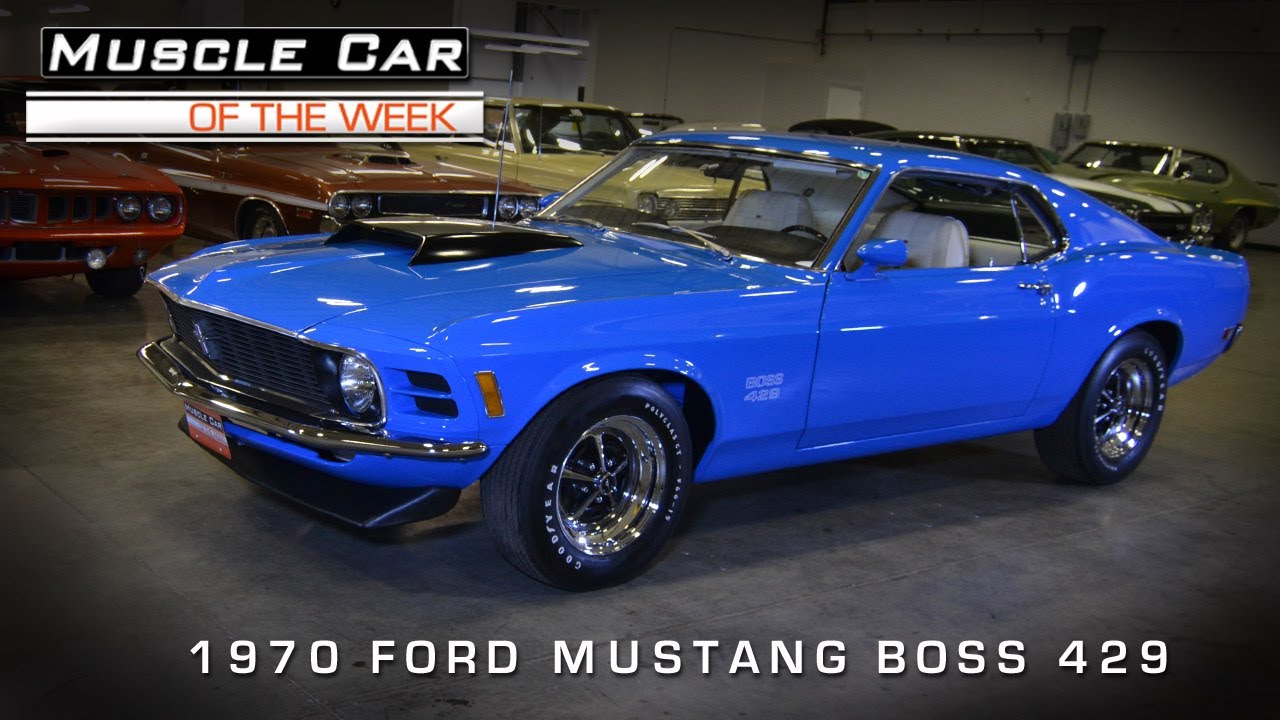 http://www.facebook.com/musclecaroftheweek – Back in 1969, Ford was ready to roll out a new engine to compete in NASCAR – the BOSS 429. This was a semi-hemispherical headed V8 designed to compete with Dodge’s 426 Hemi that was leading the pack on the NASCAR super speedways. NASCAR rules say that you need to sell at least 500 copies of a “street” version of any engine you planned to race, so Ford needed to build a civilian BOSS 429 for the general public. The interesting part is that Ford interpreted the rule book and noticed that the engine didn’t have to be in the same car raced… so they could stuff a BOSS 429 into a Mustang rather than the Torinos being used in NASCAR. The result was a super-bad Mustang with a custom-installed 375 HP NASCAR engine under the hood. From the Brothers Collection.