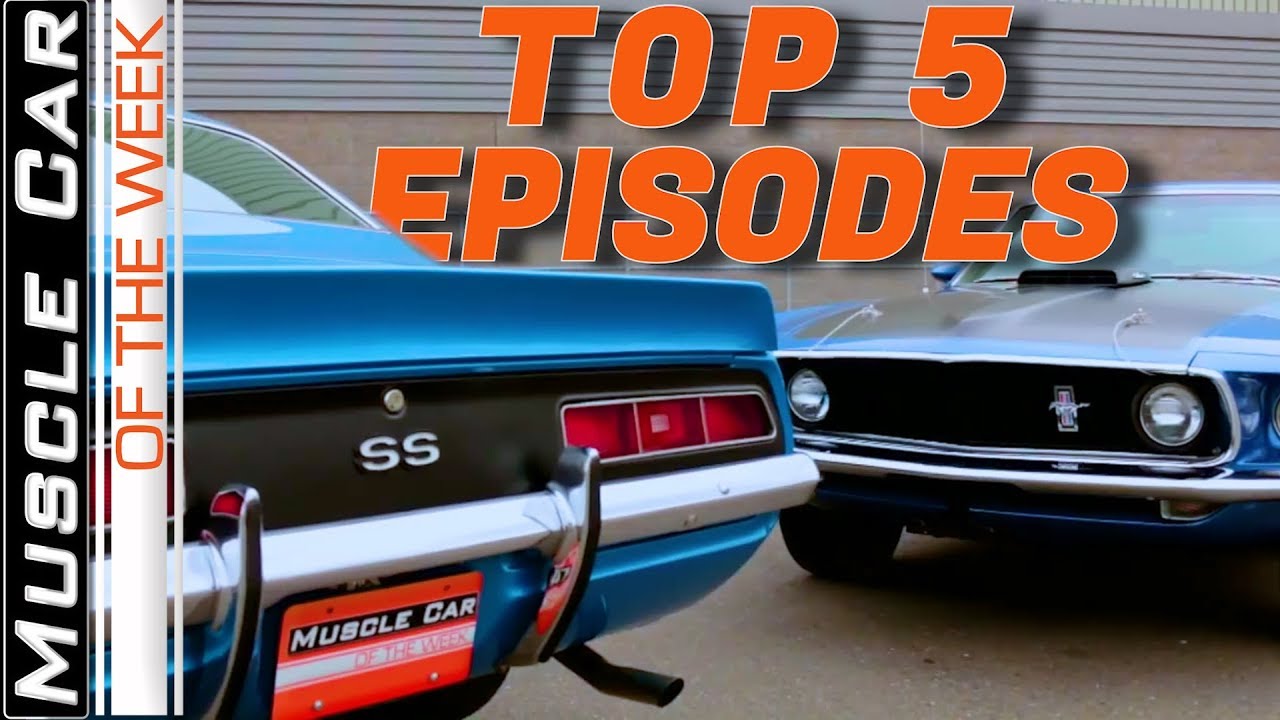 In this video, we are taking a look at some of the most popular videos by play count as found on our Muscle Car Of The Week YouTube channel. Keep in mind that these might not be the most popular muscle cars, but rather, videos that have been watched and shared by our viewers resulting in high play counts. Which one is your favorite? You can see more of these great cars from The Brothers Collection at http://www.musclecaroftheweek.com or by subscribing to this channel. Thanks for watching!

This 1970 Dodge Super Bee is not the car you want to drive if you don’t like attention. This Top Banana Yellow example from the Brothers Collection is not only visibly noticeable thanks to the bright color and white interior and stripes, but the 440 6-Pack Pistol Grip under the hood causes a stir on the street anywhere you go!

Back before 1970, GM had a mandate that limited the engine cubic inch displacements in midsize “A” body cars like the Chevelle, GTO, and Cutlass 442 to 400 cubic inches. However, George Hurst and Doc Watson were able to create a special version of the Olds 442 that broke the mold, and allowed for an Olds 455 to be installed and sold through Oldsmobile dealers. Called the Hurst / Olds, these cars came to be in 1968, and by 1969, they were widely known for their outlandish styling, fully-loaded option list, and excellent performance. This example from the Brothers Collection is an unrestored survivor, an original car that was driven often… the way Hurst would have wanted!

Which would you pick, the 1969 Chevrolet Camaro SS396 with the 375 HP L89 aluminum head big-block and a 4-speed Muncie transmission, or the 335 HP 1969 Ford Mustang Mach 1 428 Super Cobra Jet 4-speed? Tough choices for sure, especially with these two fine examples from The Brothers Collection!

The original GT350 hit the streets… and tracks… in 1965 and is still regarded as one of the most capable American performance cars ever built. The ‘65 was a no-nonsense purpose built street legal racer in a Mustang 2+2 body comprised of hand-picked parts and smart modifications made by the Shelby team in Venice, CA. It was light, nimble, and basic, and it rocked on the street or track. The Shelby name has since been applied to just about everything you can think of, and there is no doubt that some Shelbys remained more true to the original concept than others, but the 2016 GT350R is one hundred percent deserving of the snake and stripes. From The Brothers Collection.

The ‘65 and ‘66 Shelby Mustangs were very successful cars, but Shelby upped the stakes for ‘67 by introducing a big-block version of the GT cars with the GT500. However, this one takes it up another notch with a 427 “side-oiler” V8. From The Brothers Collection.