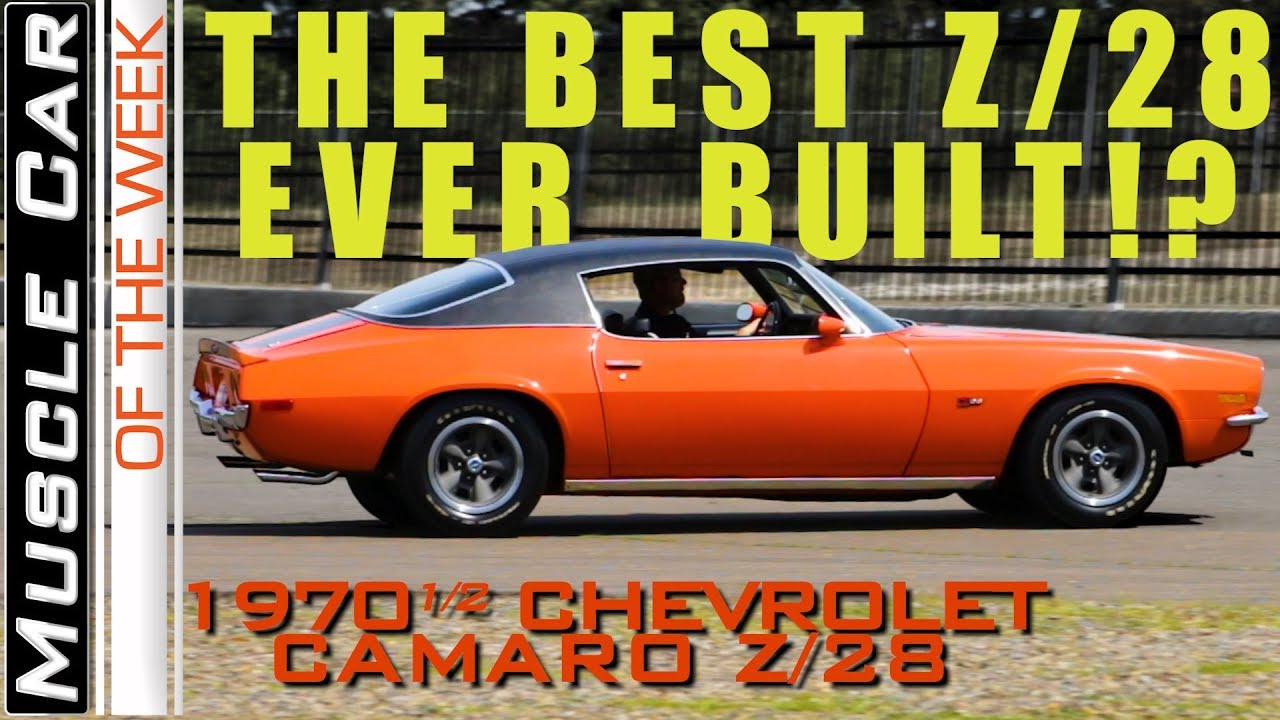 This 1970 Chevrolet Camaro not only has the look, it’s a highly original car, right down to the paint and low mileage on the odometer.

That was an interesting quote, considering it was said back in 1970, a mere 3 years after the first 1967 Z/28s rolled off the line. The 1970 ½ Camaro was a new design, now a bit longer than the first generation Camaro, and the automotive press was kind to it for sure. The ‘67 through ‘69 cars were hard to beat, but this ‘70 ½ car has a lot going for it.

The LT1 engine recipe sounds similar to what a hot rodder would build at a race shop… 11:1 compression ratio, solid mechanical camshaft, oversized valves, an aluminum intake manifold fed by a 780 CFM Holley carb, all atop a 4-bolt block made this a true small-block rockin’ machine. It was good for 360 HP and 380 lb. ft. of torque, just a few HP shy of the big block 396 of the day. A Hurst-shifted 4-speed was standard, but the LT-1 made enough torque that Chevy thought it would be OK to offer a Turbo 400 automatic, a first for the Z/28.

Z/28s stayed close to their Trans Am racing heritage, with suspension upgrades including an oversized 1” front sway bar, stiffer front coil springs and heavy duty rear leaf springs. Matching tuned shock absorbers kept everything under control. Other Z-gear included 15” wheels and tires, as was a quick ratio power steering box. Positraction hooked the wheels together while the 4.11 gears spun themselves silly.

This hugger orange Z is showing just over 22,000 miles on the clock, and it is wearing it’s original Hugger Orange paint with black stripes and a black vinyl top. The sleek exterior of the new Camaro is racy and tight, with the low-sloping rear glass and no rear quarter windows. We dig the short rear spoiler on the car. This one is not an RS car, so it has no split bumper and nose extension, but it still looks great. We also really like how the hood stripes point towards the open mouth grille.

A Chevy Camaro ad claimed the Z/28 “separated the men from the toys”, by which they meant this wasn’t just an appearance package. We’re pretty sure there are plenty of women who would have just as much fun in this car, too.

The interior of the new Z/28 was for more cockpit-like than the ‘69 cars, and the high-backed buckets have a cool checkered pattern in the seat covers. A simulated burlwood dash displays small fuel, amps, temp, and a time gauge with a 150 MPH speedo and 8000 RPM tach front and center. An AM radio sits below the heater and vent controls, Z/28s could not be ordered with air conditioning. The full console wears more burl trim, and houses a chrome-balled Hurst shifter that is sure to get mighty hot on sunny days.

The Brothers Collection is always seeking out sharp examples of great Muscle Cars, and we think this 22,000 mile unrestored Z is a great example. Subscribing to our channel updates you right when the next episode hits the streets, so be sure to push the button and set yourself up. Thanks for watching, see you on the next lap of Muscle Car Of The Week!